The People Versus the Tree 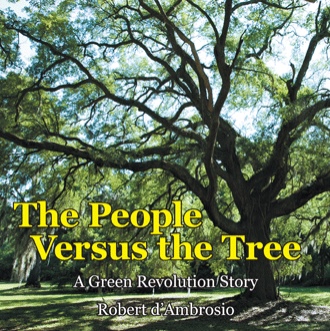 The first tree that we had to defend came from the building department of the Town of Carpen. The permit read as follows: "The Town of Carpen hereby grants consideration to Mr. Grevis, 69 How Place, to remove a 36-inch diameter American elm, located on the left front corner of the property, because of the nuisance of falling leaves and sap droppings." Permission would be granted only after a public hearing to be held in two weeks.After my secretary Barbara and I discussed the details, we filed a notice that we would appear at the hearing to argue against granting such a permit. If the building department were to make a decision to issue the permit over our objections, we agreed that we would file an action in state court for a temporary restraining order. In the meantime, I would visit the site and assess the validity of the complaint.

When I arrived at 69 How Place, I saw an aesthetically astounding America elm, which was one of the healthiest specimens that I had ever seen. Its root flare, the swelling of the trunk at ground level, emanated from the ground with elegance. Its massive 36-inch trunk was a perfect vertical column with elongated elliptical bark contours characteristic of the species. It forked about 20 feet above the ground and again at 30 feet, but at a 90 degree angle from its previous fork. This allowed for the typical vase-shaped branch architecture and its spreading crown. The ends of the tree's branches hung gracefully, like those of a weeping willow.

This is the story of a man brought up on a Connecticut farm who decided to specialize in environmental law. While attending college and law school, he worked for a tree surgery firm and learned all he could about physiology, anatomy, pathology, and the survival and reproductive strategies of trees. He particularly enjoyed visiting a botanical garden for trees near his school and read as much about trees as he did about law. After graduating, he was lucky enough to join a firm in White Plains, New York, where he worked on numerous cases involving environmental issues that included trees. Yearning to do more, however, he founded a nonprofit organization and made it his mission to protect trees: His first case involved Mr. Elm, a majestic elm tree in the Town of Carpen. Mr. Grevis, the landowner, wanted to chop down the tree because of its falling leaves and sap droppings. But the lawyer refused to back down, taking him to court to save Mr. Elm. The stakes are high in this courtroom drama, and the final decision rests with the jury in The People Versus the Tree.

Bob d’Ambrosio is a businessman, research scientist, teacher, lecturer, expert witness, and writer. He was coordinator of arboriculture for fifteen years at the New York Botanical Gardens. He was the founder and CEO of Ambrose Laboratories Ltd. and Ambrose Tree Care, both in Eastchester, New York, where he resides.