The Perils of the Young Blacks 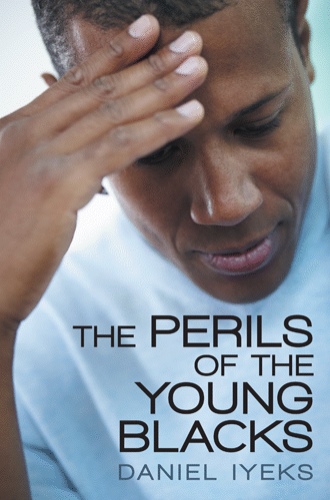 Capitalistic societies all over the world are the most progressive economically and it appears in general that the standards of living are also higher. Unfortunately these societies also have proportionally high percentage of their people below the poverty line. They are also the societies with the longest weekly working hours.

There are a few exceptions to this but the only way to avoid the unfairness as described is to have as an equal opportunity as it is possible for the children of this nation. Norway has done the most to equalize the life of his people by providing all equal education, equal access to medical care and transportation thereby giving all their children equal start in life. The children of the rich in the USA go to highly affluent schools with the best amenities, while the children in the poor area are hardly having transportation to schools. The schools that the children of the poor attend are lined on all sides by the drug dealers.

If the system was fair some of the servicemen helping the children of Afghanistan would be helping the children in Chicago to schools. The young adults in this nation of which many have served in the Armed Services to protect the old money which are not presently taxed and the new money presently taxed. That is taxing income instead of taxing all funds. The young black servicemen are not only protecting these funds but the financial system that is in place.

When these young black men are able to enter college, they are riddled with debt by the not for profit institutions and the for profit institutions. After the below standard education from the institutions the students are unable to find adequate jobs and work, but they have to pay for the loan with low paying jobs. The student loans are backed by the government which makes sure that these students could lose everything until the loans are completely paid. The banks influence the government to make it impossible to declare bankruptcy on student loans. The universities and colleges continue to increase tuitions and other fees because they are aware that the students are certainly coming to college on federal government guaranteed student loans.

The government is also aware that the students will pay the loans or else Uncle Sam will be at their doors at work, at home and at their banks for the money. It is rational to think that college tuitions are based on supply and demand without risk unlike capitalism, but this is not so. This is because the schools are guaranteed to have the students by the government, and the banks are guaranteed the payments by the government. What a racket that is put in place by the system and what a rip-off it is for the students.

Some young blacks start a race and can only watch helplessly as their white peers get a ten-meter head start. They have little or nothing to eat or to hope for, and they move from shelter to shelter—trying to catch up.

As a black man, Daniel Iyeks, who has lived in underprivileged neighborhoods in New York, Atlanta, and Houston for more than thirty years, knows very well the struggles that young blacks face. In this candid look at America’s underlying racial problems, he examines the obstacles to success, including some that are self-imposed.

While he gives credit to black parents who tell their children they must work twice as hard as white children to be equally as successful, he challenges young blacks who focus instead on mastering the streets—as well as those blacks who have moved out of the ghettos and ignore the misfortunes of the underprivileged.

It’s time for politicians, clergy members, black leaders, and black families to seek real solutions to problems and work together to solve The Perils of the Young Blacks.

Daniel Iyeks lived in the underprivileged neighborhoods of New York, Atlanta, and Houston for more than thirty years. He’s earned a bachelor’s degree and master’s degree from two American universities and is a professional engineer.