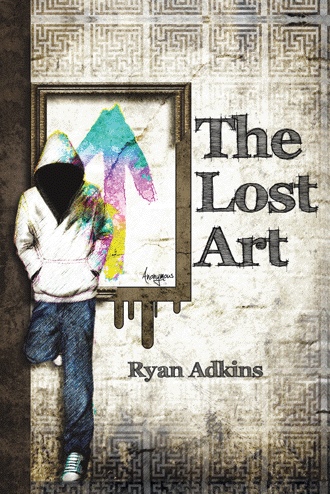 The Arts District was once an urban wasteland – Desolate and abandoned. A battered cocoon of a city filled with colorless people and uninspired dreams. No place for someone with a bright future to say the least. Outsiders rarely visited, and for good reason. While some areas of the city were on the road to recovery, others were still scarred by years of hurricane damage. The moss that abundantly grew within the marshlands had begun its conquest over the city, creeping through the cracks of walls and overtaking many buildings due to flooding waters. Grey clouds cloaked the warehouse-inhabited city like a sheet of wool, keeping the dreary daydreamers in and the vibrant visionaries out. Its natives aimlessly roamed the streets with their eyes to the ground, keeping their heads out of the clouds and in their circumstances. It was a place of poverty, but we always managed to get by. The air was rich with the faint rhythms of jazz and blues that, if you listened carefully enough, was just what the doctor ordered to get you through the toughest of times. Little girls would play double-dutch in the streets while the peppery aroma of Cajun spices gently wafted from the kitchens of homes where wives and mothers prepared family suppers. After a hard day’s work, husbands and fathers would get together and play dominoes on porches, overseeing their children as they played in the streets without a care in the world. Life was so empty; so dull; so monotonous. No place at all for someone with a bright future indeed. That is, until now.

The Arts District was evolving. The urban wasteland of a city began to shed its battered shell. Those vibrant visionaries who once flourished on the outskirts of the city walls were now slowly but surely being drawn in like moths to a flame. An entirely new ecosystem was being born. World-class museums, extravagant art galleries, and five-star restaurants now occupied the plots where abandoned warehouses and properties once dwelled. From within these colorless walls emerged a beautiful and vibrant city, ready to spread its wings and soar towards a brighter future. “The Butterfly of the South” it soon became known as. Who would have thought?

A thunderous roar bellowed from the menacing clock tower at the city’s center, omnipotent and overseeing – the city’s warden whose shift never ended. It was midnight. The tower’s foreboding cry resonated through every nook and cranny of the city, warning any unauthorized night crawlers to adhere to their curfew and turn in before the nocturnal creatures of the Arts District became active and thrived. However, tonight was no ordinary night. The cool, midnight air enveloped the city in a thin layer of dew. The lonely streets lied quiet and empty without a single trace of life, relieving the dimly lit lampposts of their duty of guiding weary travelers through the night. Only the gentle ticks and tocks of the grand clock tower and the melodic tunes of crickets’ lullabies could be heard on this silent night.

Suddenly, a crescendo of pitter-pattering footsteps echoed through the alleys, disharmonizing the city’s soothing symphony of ticks and tocks. His racing heart was unable to keep to the pace of the city’s gentle metronome. Each breath was shorter than the last as he panted to the rhythm of the bursting drum within his chest. Beads of sweat rolled off of his brow like deflected rain drops on the windshield of a speeding car. His backpack clung to him for dear life as aerosol spray cans within it clanked and crackled, drowning out the melodic tunes of the crickets’ lullabies. Who was this young boy out past curfew, painting the town? It was none other than a boy by the name of Huey, twelve years in age and rather ordinary. The last person you would ever expect to have a bright future. He was a timid kid whose voice lacked confidence, often stumbling and stuttering with his words. He wore dingy, Chuck Taylor sneakers, worn, blue denim jeans, and a white, hooded sweatshirt that was as colorless and uninspired as a blank sheet of paper. He was rather ordinary indeed.

“I’m running out of time!” Huey desperately said to himself.

He clumsily reached into the pocket of his hooded sweatshirt without breaking stride to check the time on his cell phone. It was already five minutes past midnight. A troublesome look overcame his face. He motioned to return the phone to his pocket as it abruptly began to ring, dropping it in a startled panic to the sounding alarm. His heart sank into the pit of his stomach where a swarm of butterflies have made their home. Terrified, he timidly reached for the phone with each second lasting longer than the last. His sweat formed into beads of ice on the nape of his neck as a ghastly chill was sent down his spine. 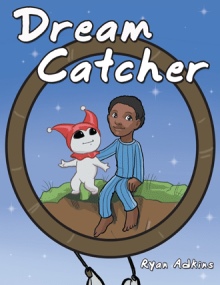 Troublemaker. Delinquent. Nobody. These are the words used to describe Huey, an adolescent who has lost his way. During his initiation into the notorious “Two-Tone-Taggerz” crew, Huey is caught tagging graffiti on the newly renovated art gallery in town and is forced to become the apprentice of the gallery’s owner. His new art mentor encourages him to use his talent as a means of self-expression and not destruction. Little does Huey know that he is in store for far more than just an ordinary art lesson. Embark on a mystical journey through the ages as young Huey experiences first hand the magnificent world of art through some of history’s most acclaimed works, such as the Mona Lisa (Leonardo da Vinci, 1517) and many more. Time is of the essence in this captivating thriller as one “lost cause” seeks to find himself and discover the true meaning behind the “Lost Art.”

Ryan Adkins has a bachelor’s degree in literature, media, and communications from the Georgia Institute of Technology. He is the founder and president of iLLUSiONÀGE PRODUCTIONS, a graphic-art and design firm. He lives and works in Atlanta, Georgia, an exciting hub of the animation industry.