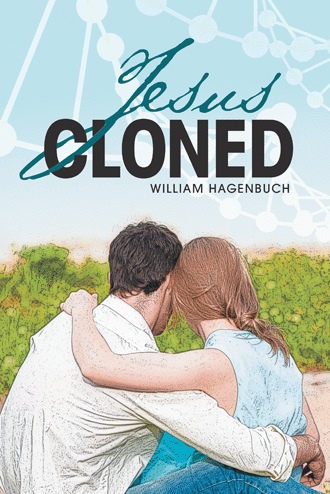 With his toes curled around the edge of a jagged rock at the bottom of a deep, fast-moving creek, he shoots out of the water. His heavy shorts tug an inch or so down his taut, narrow waist, revealing more than he bothers to notice. Instead, he focuses on how the rushing cascade dances over his well-worked chest and arms, a delight on his bare skin.
“Joe!”
He spins toward the sound of his name.
“Joseph!”
The churning water exhilarates and refreshes, revives and relieves. He loves this.
“Joseph!”
It is Joe’s new roommate Mike, a fellow sophomore at the nearby Bible College, who calls. The one who had a hard time walking away from Paul’s epistles earlier today watches his buddy splash and goof around in the invigorating current until a wild thought pops into the New Testament lover’s mind. Mike, a pragmatist, dismisses it quickly.
Yet with Joe, this friend who embodies a spirit of fun in front of him, the thought gently returns. Again, Mike lets it pass.
Water splashes up his hand as this absolutely foolish notion plays out in his mind a third time. For a moment, he gives the message space.
Maybe this rushing water will carry away your old strains and stresses.
A ridiculous idea. Complete craziness. The one who does not swim but sinks decides far too much rolling oxygen is at play here in this slight ravine.
Something continues to happen as Mike is this wonderfully close to Joe, however. Something weird. Something good. With his still damp hand shielding his eyes, the unlikely daydreamer glances downstream.
Maybe?
Holding his breath, he waits. And then, with less than a sigh, the one who holds too much pain lets his past go.
Joe, who has been a world away, suddenly laughs at something that brings joy.
“What?”
Joe rubs his face to hide his bright expression.
In knowing the water temperature can’t be more than fifty bone-chilling degrees, Mike tries again. “Warm enough?”
Joe considers his answer. He’s not sure what to say because this new sensation of old feelings rolling away isn’t his. A one-shoulder shrug is his simple reply.
Someone suddenly catches Joe’s attention. Mike turns to find Betsy, his lifelong friend who attends Indiana State University about three hours from the state park where they’ve been since lunch, standing on a ledge behind him. Mike climbs several rocks to join her. He’s glad to be near his BB or Best Bud, which is a silly nickname she let pass after a high-stakes junior high science experiment ended with several ceiling tiles catching fire.
In looking at this remarkable young woman with his new freedom, Mike sees what is true—Betsy is strength, determination, energy and grit. The twenty-year-old ace plays the game of life with a proverbial baseball bat in hand, swinging only at things that come close to her or Mike that could hurt. Her proximity provides a confidence he doesn’t often experience alone.
Looking down at his new bunkmate, Mike opens what is obvious to the young woman who sensed Joe’s charisma even before she met him hours earlier. “He’s crazy, you know.”
“I’m beginning to see this.”
Mike would like her to see even more. “He’s a good guy, Bets. You two share a lot in common.”
Betsy, who would like to be in the creek herself, considers the shorthaired guy swimming in front of her. Done with dating, at least for now, she would rather not have her attention drawn to this shirtless wonder. The water and its allure should be hers alone. If, however, she doesn’t play into Mike’s comment about Joe, then the soft, sentimental soul who would be a linebacker if his college actually had a football team, will press one of his mile-wide shoulders into hers.
Considering their obvious size difference, she’d rather go along with this clumsy matchmaker than be bumped a bit from where she’s standing, which is in a place not interested in being smitten with the new guy.
“Betsy?”
She could at least try to go with this not so subtle setup. Instead, she looks not into the white-tipped water but into her own heart which she’d like to keep locked, boarded up, and closed for a season or two.
“He’s your type. Brainy. Philosophical. Sensitive. Politically ignorant. He thinks the White Soxs are just that, white socks.”
“Uh, white socks are just white socks.”
Mike barely shakes his head.
Knowing her Best Bud will call her out in a moment if she stays quiet about last night’s game with her team, the Chicago White Soxs, she lowers her voice. “Fine.”
“That’s it?” Mike waits a moment.
“They took the Royals at home in the doubleheader.”
“And Wilson was on the mound to start, or was it —”
She does not answer.
Mike rocks back and forth on his feet. He glances left and right not once, but twice. “Bets?”
“It was Wilson.”
Enjoying this too much, Mike says, “Ah, yes. Wilson.”
She knows her Best Bud too well. As he’s about to ask a question, she interrupts. “No, I don’t want to know something.”
Mike waits.
She is never as good at this as he is. Into the quiet, she gives. “All right. What?”
“Just a something.”
“What?”
“Uhm?”
She asks more softly. “What?”
“Joe doesn’t leave toothpaste smudges in the sink either.”
Head down, Bets grumbles over a sports article she never should have mentioned.
Mike continues. “Me? I’m glad you shared Wilson’s bathroom sink hygiene. I’m a better guy because of it.”
She shrinks.
“I mean, Wilson is a role model. A gem. He probably dries the sink too, or at least wipes the countertop with a towel…” He lets her finish.
“…with a towel he refolds.”
“A hand towel, right? Not one of those big ones.”
She raises one hand as she thinks of that fact-filled sports article one more time. “Just so you know, there will be no more over-sharing with you.”

Nineteen-year-old Joe O’Dell is about to learn he is not who he thinks he is.

Soon after being introduced to Betsy, a spirited coed unlike anyone he has met, Joe is abducted to a private, billion-dollar lab. There he discovers the unbelievable: he has been cloned from two-thousand-year-old burial lines that may have been Jesus Christ’s. Held captive, Joe watches his “almost” normal life through scenes recorded by a genius who wants to know if his clone is divine or not. Distraught, Joe flees. On his own, the once tender now broken soul welcomes darkness, even sin.

The runaway never forgets Betsy who, after just one meeting, becomes a light to him, a beacon. Joe also remembers his college roommate, a modern-day matchmaker with his own struggle.

When he returns to the life he knew, Joe reconnects with his dad and the old neighborhood that now includes new faces. Before being called to help one special person become one great minister someday, Joe touches everyone around him with his truth: God is within each of us.

Jesus Cloned is a gentle, often funny, scientifically engaging, irrevocably sweet and heartwarming journey. Through their losses and gains, Joe and those closest to him reveal to themselves—and to all of us—how far God’s love reaches, and how much that love heals.

William Hagenbuch is a MDiv graduate of Boston University’s School of Theology who loves public speaking, teaching, writing, and hiking in the woods. He is a full-time pastor with the First Congregational Church-UCC of Harford, Pennsylvania.

William Hagenbuch is a MDiv graduate of Boston University’s School of Theology who loves public speaking, teaching, writing, and hiking in the woods. He is a full-time pastor with the First Congregational Church-UCC of Harford, Pennsylvania.