How to Get Divorced without a Shovel

A Guide to Surviving Divorce Without Getting Buried 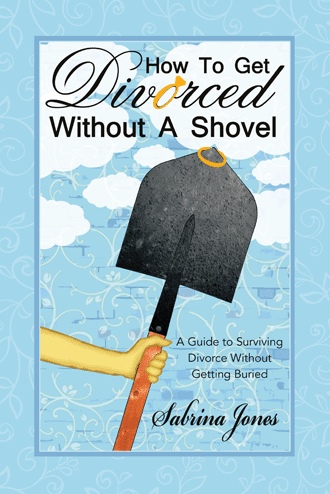 Chapter 15 Dating Lesson #1 Being a lonely woman with too much time on her hands, I craved that temporary euphoria of that magical night in Boston. For that evening, I had felt desirable, fun, interesting, all of the things that PH had not made me feel in years. So I did what 21,575,000 other single, lonely people did and joined Match.com. When filling out a membership for Match.com or whatever other sites you hear about, you will be asked a million questions on everything from your hobbies to your favorite pet. I swear you could probably become a foster parent quicker than you can fill out one of these questionnaires! So get comfortable. I encourage you to be honest. Let me share one story about my brother’s on-line dating experience. He had been talking on-line to a lovely lady that he was looking forward to meeting. She was pretty and seemed very nice. When he met her at the restaurant, he was surprised to discover that she was a, um, not sure of the politically correct words, “little person”. As in a dwarf. Which is, honestly, totally cool but when you were not expecting to see a dwarf walk in as your date, it was just surprising. Bottom line, just be upfront. You will want the same courtesy. On-line dating does sometimes work. But you have to eat a lot of free crab cake dinners to find Prince Charming. So, back to my experience. After filling out my online profile, my e-mail notification beep was working overtime. I was on-line chatting with several men. It was weird though. It felt artificial. I had several first dates. They were always very courteous, holding the door of the restaurant open for me, pulling out my chair, etc. I would only meet for dinner in a public place. Plus, I would text Abby periodically to ensure her that I had not yet been chopped up and put in someone’s trunk. The guys were all very nice but no sparks. The same questions were always asked… where are you from? How long have you lived here? I don’t even remember their names. There was “nice guy”, “Ballroom dancing guy”, “Single Dad guy”, “Widower guy”, “Crazy environmental guy”, you get the picture. There was one date in particular that I deliberately sabotaged about 10 minutes into it because I was just bored. I now refer to this guy as “John Adams Guy”. We were chatting in a restaurant with the usual generic, get to know you questions. I was so bored. I had just watched a documentary about John Adams the night before. So ALL I talked about the whole meal was John Adams. If he mentioned the weather, I would say something about how cold it must have been when John Adams rode on horseback to Philadelphia for the Second Continental Congress. If he said how many children he had, I would tell him the names of John Adams’ children. This poor guy… It wasn’t a nice thing for me to do but, at the time, I thought it was hilarious. I had about given up on this dating experiment. At least I was eating lots of free crab cakes and that is always a good thing. Then, online, I met “Army Guy”. The chatting was light hearted and witty. He was stationed in Kuwait but he was from my area and coming home in a matter of weeks. His pictures were cute and after chatting online for a few weeks, I found myself looking forward to hearing from him. The time came to meet him in person. I was going to be the first date for an army guy who hadn’t even been on U.S. soil in 2 years. How could I go wrong? Even McDonalds would rock to this guy! When I met “Army Guy” in person, he was so comfortable to talk to. He was very open about his experiences overseas and he was obviously delighted to be home. After dinner, we went to a corn maze. It was a beautiful, cool evening and the moon was bright and there was no one else in the corn maze but us. We walked and talked…for hours! His background in the military actually had something to do with navigation but I didn’t care if I ever got out of that corn maze. Now that he was back “stateside”, he was going to be stationed about 3 hours from me. Honestly, I was comfortable with this. I knew that my plate was extremely full right now. I loved the idea of having this nice guy in my life, but I knew that I was not ready for a commitment. We had a few great dates together and it was fun. Then conversation changed from “my plans” to sound more like “our plans” which scared me to death. Every time I tried to make it clear that I wasn’t ready for anything serious and that my priority right then was to get on my own two feet and take care of my sons, he would push harder. One other thing he did that made me nervous was that he was jealous. He made several comments about how I had to walk next to him and not behind him or in front of him because he wanted to make sure everyone knew I was “his”. At first, that sounded sort of sweet… then it just sounded creepy. I finally had to end it. He was a nice enough person and was a huge help to me but I could see that this relationship was going to end in a fiery crash and I couldn’t handle taking me and him both down in flames. Dating Lesson #1 – If someone has professed their love for you even though you have made it clear that you are not ready, RUN!!! And maybe change your phone number!! Song suggestion…”Big Girls Don’t Cry” by Fergie

So are you feeling anxious, hurt, furious, scared, considering beating someone with a shovel? Then take a deep breath and have a seat. I have a few words of advice for you, my friend. In my divorce, I made many mistakes but I also learned SO many valuable lessons along the way. I came out of my divorce happier than ever and loving myself and my life more than I ever thought I could! Divorce is only the end… to a chapter. And I am here to walk you through the ups and downs. I am here to tell it to you straight and the only way I know how… by sharing all of the dirty details of my own adventure. Filled with humor, heart and enough honesty to make my mother blush if she reads it, I hope this book gives you an extra voice of encouragement as you travel this crazy journey called divorce.

Sabrina Jones lives near the mountains of East Tennessee with her husband and three children. She works as an Occupational Therapy Assistant with special needs children.