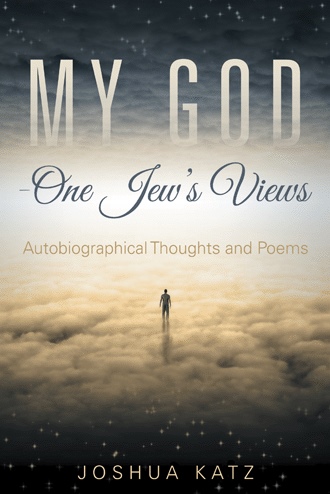 I believe in God; but, I am not religious. That is to say that I have little doubt of the existence of a higher being to whom I credit Creation and governance of life itself, and to whom I sometimes pray; yet I no longer consider myself a religious man. For me, this is an important dichotomy.

There was a time when I considered myself to be religious. I attended temple regularly on the Sabbath and even participated in temple politics – forgive me, I meant to say synagogue administration. I regularly performed multiple traditional rituals, simply because that is what I had been trained to do. Because my religion taught me that observance of particular rituals constituted proper behavior. In general, my life revolved upon my identity as a Jewish person. I was a Jew first, then an American, a boy, a son, brother, student, etc. None of this is true today, although it may become true again soon. In the meantime, I am good with my God. I love my God. I am a God-fearing man. I still identify myself as Jewish, although this is no longer central to my existence. I am first and foremost a father and husband, followed by lawyer, friend, man, tennis player, bridge player, clarinetist, etc. I’m not an agnostic; I have no doubt about the existence of God. I saw a bumper-sticker recently that read “I am not religious, I just love God.” That’s me!

How can I separate religion from God? I no longer accept as a given that God prefers any one religious tenet over another. I do not know that God hears my prayers any better when they emanate from the inside of a Jewish Synagogue as opposed to a Moslem mosque, Buddhist shrine or Catholic Church. I am far from convinced that the wearing of a yarlmukah on my head or fasting on the 10th day of Av brings me closer to Him.

What I know is that God wants me to fear Him. He (and I intend the use of this pronoun as gender neutral) expects me to act decently, to treat my fellow human beings with some modicum of respect, to strive to influence society, community and civilization in a positive manner. It is not that I necessarily fear a post-life sentence to Hell if I misbehave during my limited time on the Earth’s surface. Nor do I think there is a ledger scoring my good deeds against my bad. I do not flatter myself by believing my own good behavior might convince God to grant my Knicks a playoff berth (although I’ve been pretty good lately, and the Knicks suddenly discovered Jeremy Lin?), or that by holding the elevator door for a fellow passenger I will be rewarded with a winning lottery ticket. In fact, life has repeatedly demonstrated to me that good things happen to bad people. Despite this, it is important to me, for my own mental balance, that when I lay my head upon my pillow at night I have strived to do good things in this world, and have not intentionally hurt someone else that day.

In this age of self-professed enlightenment, where we think of ourselves as an advanced civilization – the era of computers and the Internet, where toddlers learn the mechanics of joysticks almost before walking; where our great Nation, just five generations removed from slavery, has elected a black man as President, and where shuttle missions to repair space stations are mere back-page blurbs – we are yet religious Neanderthals. We continue to cling to centuries-old philosophies of deism. We struggle with the separation of Church and State, preach Unitarianism and tolerance, all while granting tax breaks to clergy and for religious contributions. Swastikas are still painted on synagogue walls by narrow-minded hate mongers; last week’s news showed bomb-sniffing dogs combing through New York metropolitan temples following the throwing of an explosive through a New Jersey rabbi’s home window.

Surely, we no longer offer sacrifices to gods of the sun and sea. Most now accept the existence of a single deity worthy of praise, though we commonly direct prayer to His son, saints or mother. Why does man still need religion today? Is it because inexplicable mysteries of the universe continue to astound us? We have yet to cure the common cold, nonetheless cancer, but we don’t create mythological gods of bio-molecular germs.

Personally, I don’t believe we will ever master the basic ability to create life. We can procreate, but only God can generate the spark that changes a complex mass of molecular cells into breathing life forms. The day our scientists can duplicate Dr. Frankenstein’s spark, I may cease to believe in God. Maybe.

As humans, we recognize these limitations. We are smart to thank God daily for making the sun rise, the daffodils bloom and the eagles soar. To recognize such absurd complexities we take for granted, such as gravity, oxygen, or that our hearts keep pumping, and our eyes can see when we separate our eyelids upon awakening. Each of these miracles is absolute proof to me of the existence of God.

But, must we obey the same ritual observances of our ancestors merely because we were born unto their children’s children?

My God--One Jew’s Views: Autobiographical Thoughts and Poems captures in related essays, ruminations, and poems the milestones that mark Joshua Katz’s life. He claims his Jewish identity while grappling with its meaning for his life, just as he finds both solace and challenge in contemplating God’s role in his daily affairs.

In the course of surveying the author’s own life and thoughts, My God--One Jew’s Views takes the reader on a journey through times of education, recreation, love, marriage, and the heart-wrenching loss of children through still-birth and suicide. These events provoke thoughts about God’s nature, the point of religious practice, and the very search for life’s meaning.

Placed like interludes amid honest, introspective prose, are poems that explore the author’s feelings as he experiences life’s passage. Mixing questions and observations, these poems confront the reader with the essence of the author’s life. In “Belief,” for example, he writes, “To believe or not--that is life’s question. / I think of my wife and smile with comprehension. / Until the waves stop crashing ashore, / Together let’s be happy forever more!”

Mem>My God--One Jew’s Views: Autobiographical Thoughts and Poems does not avoid the most personal and intimate details of the author’s life, yet in that specificity lies the key to making a universal appeal. If you feel love in your life, if you know pain in your days, if you’ve ever questioned God’s purpose or whether religion really matters (regardless of your religion), then My God--One Jew’s Views will speak to you.

Joshua Katz, a practicing matrimonial attorney, earned a degree in English literature from the University of Michigan and studied writing at Columbia University. He plays the clarinet professionally, holds tournament rankings in tennis and bridge, and lives in Westchester, New York, with his wife and two surviving children.