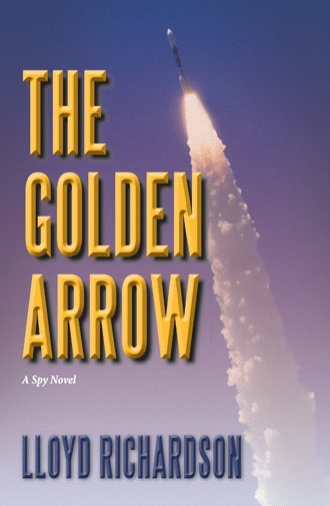 Adam Chin and Colonel Supriya Lal exchanged glances in the dim light.  They had been here over an hour, and so far had seen no sign of life.  The subject of their scrutiny was a ramshackle old warehouse on the outskirts of Tashkent, the equally run-down capital of Uzbekistan, in Central Asia.  What Tashkent lacked in old-world charm was more than made up for by the abundance of highly critical intelligence that ran through its ancient streets — ancient streets that hosted some of the ugliest examples of Soviet-era socialist architecture still in existence.  Intelligence attracted spies, and there was no shortage of them in Tashkent.  Perhaps only Istanbul now rivaled Tashkent for espionage activity, Chin thought.  Some places have great architecture.  Some places have great spies.

He turned his attention back to the warehouse.  Not so much as a rat stirred.  Still, this informant had proved reliable in the past, so Chin was prepared to be patient.  This unprepossessing warehouse was supposed to be a transit point for one of Central Asia’s largest white slave operations.  If that were true, then the warehouse would be chock full of young women, and even younger boys, headed for the brothels of Damascus, Syria and other points in the Arab world.  Others would go to service the “foreign fighters” in Afghanistan and Pakistan.  The hypocrisy of Arab men never failed to amaze Chin, even as hardened as he was.

“How much longer shall we give it?” Supriya asked quietly.  Chin could just make out her elegant face in the ambient light.  It was too dark to read her expression.  They had set up surveillance on the ground floor of an abandoned building directly across the street from the warehouse.

Supriya nodded.  They’d been working together almost a year now, but Chin still thrilled every time he looked at her.  At first their governments had been reluctant to put them in the field together, but they had performed so well working together in their assignment in Pakistan last year that no one could really think of any grounds to object.  And they were a good team.  Chin was remote and detached, while Supriya was hands-on and passionate.  Together they were proving unstoppable.

At least until now.

“It’s odd that we haven’t even seen any lights on in the building,” Chin observed.

“Yeah, unless they’ve done blackout treatment on all the windows,” Supriya countered.

Even as she spoke, a sliver of light appeared in one of the upstairs windows and as quickly disappeared.

“Looks like you’re right about the blackout,” said Chin.  “I guess this means we’re going in.  What’s your plan, chief?”  Chin got a kick out of deferring to Supriya’s lead.  Besides, 95 percent of the time they were on the same page.

Supriya chuckled softly.  “Chivalry lives.  But how come I have to come up with the plans for the lousy situations like this, and you get all the easy ones?”

“Seniority, my dear.”  Now it was Chin’s turn to laugh.  He was 10 years older than she was, but she hated being reminded of the fact.

“Well, remember what Ashok always says,” Supriya declared.  “Sometimes the direct approach is the best one.”  Gen. Ashok Mukherji was Supriya’s boss back in New Delhi and an old school chum of Chin’s from their days together at Princeton.  Ashok was now a general and head of the Indian Military’s Defense Intelligence Agency, or DIA.

“Yeah, well you’ll notice that Ashok is back in Delhi sitting safely behind his desk,” Chin said.  “Still, in this case, I think I agree with him.”

They carefully checked their weapons.  The main firepower came from their submachine guns, Israeli-made Uzi’s.  In addition, they each carried two handguns and close-combat commando knives.  Percussion grenades rounded out their ensembles.  Neither Chin nor Supriya liked to use their government-issued equipment.  They purchased their own weapons, figuring it was a good investment.  After all, their lives depended on it.

“Do you have your patented throwing knife with you?” Supriya asked, laughing.

Chin patted the left side of his sport jacket.  “I never leave home without it.”  Supriya had learned the hard way during their Pakistan adventure just how effective Chin could be with that throwing knife.  The old wound in her shoulder still twinged when she thought about it.

“The hard part,” Chin continued, “is going to be distinguishing the bad guys from the innocents, especially after the first shot’s fired.”

“Agreed,” said Supriya, “and there’s no way to warn the victims to stay down.  They’re probably from different countries, so they won’t all be speaking the same language.  Anyway, they’ll panic once they hear shots, and they’ll be all over the place.”

“SWAT tactics,” said Chin.  “I think we have no choice but to go with the percussion grenades, then get in there and find the guards.  They’ll certainly all be men, so it shouldn’t be that hard.”

“You’re right.  It’s the one advantage of dealing with a bunch of Seventh Century troglodytes:  there’s something very satisfying about killing them.”  Supriya grinned.

“Yeah, just don’t have so much fun you forget to watch your back,” Chin cautioned.

Supriya nodded.  Weapons check complete, Chin and Supriya moved out from the safety of their observation post and walked quietly across the empty street toward the loading dock of the old warehouse.

Iran’s mullahs will do anything to possess a nuclear missile that can destroy Israel and with it, the reputation of its ally, the United States. Confronted with an indecisive American president, the mullahs move to implement an international financial strategy to fund their nuclear program, assisted by their ally, Turkey, whose leaders have decided to play their own foreign policy game.

United States intelligence agent, Adam Chin, and his soul mate and Indian operative, Colonel Supriya Lal, have been unstoppable—at least until now. During the stakeout of a warehouse suspected in housing human trafficking in Tashkent, Uzbekistan, the duo stumbles across evidence that Iran is engaged in a secretive gold mining operation to fund their illegal nuclear weapons program. The trail of these illicit activities takes Chin and Lal to Istanbul and then Tehran, where they must determine how to thwart an imminent nuclear launch with the power to create a second Holocaust for Israel and alter the balance of power in the Middle East forever.

In this political thriller, as two agents race against the clock to stop an evil mission, they are unwittingly caught in the political crossfire from Washington as the fate of democracy in the Middle East hangs in the balance.

Lloyd Richardson served as a diplomat during the Reagan years and practiced law in Washington, D.C. for many years. His global career has taken him to Eastern Europe, Asia, and Africa. Richardson holds degrees from Brown, Princeton, and Columbia, and lives with his wife and two Manx cats in Beaufort, South Carolina.