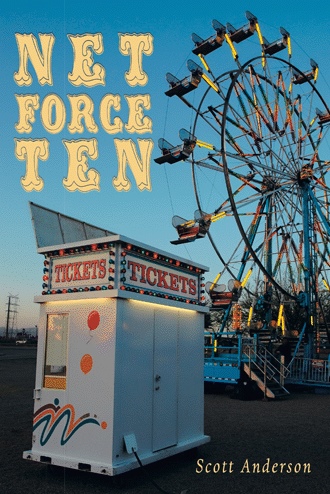 Olivia was only three when her Dad mysteriously left home. For some reason no one knew why but Olivia suspected her mom did. Unfortunately he never returned. There is never a dull moment in her life. As she turned six her mom informed her that she would need to stay with her grand-mother for a while. As always she loved her grandmother and did not mind. It would seem her mom fell deeply in love with a gentleman friend she had been seeing for some time. Grandma with her silver hair and slight limp due to arthritis was excited to hear Olivia was coming. Always asking questions, eager for knowledge Olivia would sometimes ask her friend Nicholas the same question a week and sometimes a month later just in case she forgot something or perhaps missed something. Nicholas never minded he always answered her or if he had no answer he would tell her he would find out and get back to her. As the tight friends they were they did every thing together and knew each other’s thoughts so as soon as Olivia found out she would be moving she called Nicholas to tell him. Learning of the move from his Aunt he told Olivia he knew which upset her because she wanted to tell him first. Knowing their rela-tionship she quickly let it go. It was apparent Grandma told Nicholas’s Aunt about the move earlier on because they were very good friends also. As teenagers now the two spent a lot of time at the nearby mall and sometimes met other friends there. Moving most of her stuff from home to Grandma’s house Olivia filled the spare room that was set up for her. This was a good thing because her room back home was half the size of this one. The doll house Olivia and her dad started was set up in the corner of her new room. Tearing up a bit Olivia told herself one of these days she would finish it. Made of wood the house has three floors and fifty windows, five bathrooms and believe it or not her dad set it up with electricity. This would be the only physical thing she had to place with the memories of her dad. The rest of the room had some great shelves where she was able to display her special dolls and a closet she could not possibly fill right now. The only problem she had was the closet extended to the next bedroom and made it kind of scary with a door at each end. Just in case she decided to lock the door at the other bed-room. The other room was dedicated to clothes that Grandma had ironed or needed ironing. Making a good income by word of mouth she made a good penny doing what others did not like to do. Best of all Olivia was looking for-ward to grandma’s cooking. Making so many cool things like her homemade pizza. It’s summer time again and unable to keep herself occupied Olivia was to-tally board. Sitting on the front porch with Grandma sorting through some of her Barbie dolls. Pulling up the drive were Nicholas and his Aunt Dee. Out of the car heading toward the steps Aunt Dee yells, “how are you folks getting on?” Grandma replies “Oh just fine” and asked them to take a seat, they sat in two other rocking chairs. Wondering what Grandma and Olivia were doing this coming weekend Aunt Dee ex-plained she knew it was short notice but wanted them to come with them to Vermont. It only took a second for Olivia to blurt out we’re coming! Well Grandma said “Ok we have no plans just let us know what we can do and what we can bring.” Having a home in Ver-mont Aunt Dee sug-gested they pick up some groceries and snacks. With a few barks from Tina Nicholas wanted to know if she was coming but before he could finish Olivia yelled “of course are you crazy! She goes where I go.” Waving his hand motioning to Olivia to follow him down to the other end of the porch Nicholas picked two fat rockers to sit in. Rocking with Tina in between them, Olivia reached down and pulled one of her dolls from Tina’s mouth and replaced it with a bone treat. The last time Nicholas was in Vermont he ended up crossing a footbridge entering into a place called “Kids World” “Oh yes he told Olivia you will see! Olivia told Nicholas that his nose was going to grow but she will keep an open mind. Off to the grocery store the four plus Tina were thinking about what they wanted to bring to Vermont. After loading the car with the groceries Aunt Dee dropped Grandma and Olivia off and let them know they would be back on Friday the day after tomorrow.

Olivia is just three when her father leaves home and never returns. A few years later, Olivia’s mother takes her to live with her grandmother. But when her aunt invites Olivia and her grandma to visit them in Vermont, everything changes forever.

After Olivia and her friend, Nicholas, cross a footbridge into Kids World, they attempt to adjust to life in a strange land where everything is run by a computer. After their adventure leads them to make new friends, Olivia and Nicholas trudge back and forth across the bridge between the two worlds, soon discovering life lessons in their former reality. As they are led to create Net Force Ten--a task force for the betterment of all kind--a mirrored entity begins its quest to take over the galaxy, the Internet, and anything else in its way. While Net Force Ten rises up to meet its greatest challenge ever, Olivia, Nicholas, and other members must either become heroes or surrender to an entity determined to achieve dominance.

In this young adult sci-fi adventure, a band of unlikely heroes must bravely face a new frontier while battling an evil being who wants nothing more than to take over the galaxy.

Scott Anderson was born in Norwalk, Connecticut. He has worked as a chemical processor for thirty-one years and is the author of When Words Collide, a compilation of poetry. Scott lives with his wife, Dee, and daughter, Olivia, in Milford.