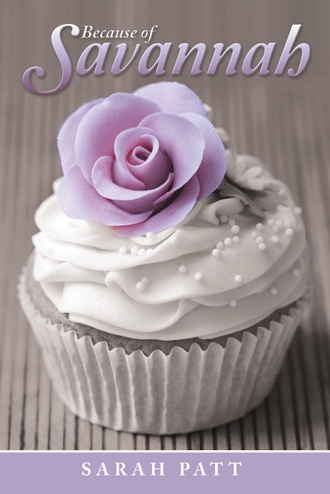 I was distraught, naturally. Perhaps that was too light a word. I was more like devastated—no, beyond belief. Yes, that was it. It was unbelievable. I was sixteen years old and attending my dad’s funeral. I am an only child, and according to my dad, I was the best girl in the whole wide world. I was his sunshine.

I wanted to shout in hopes he’d hear me, “You’re my world, Dad. You’re what makes me shine!”

Sometimes I shushed him. He seemed always to walk in on the most intense part of the movie—right at the kill! I knew how it ended, but I just couldn’t find it in myself to put it on pause. And now I wish I had. I never really put much thought into the adage if you could turn back time —until now.

Oh God, I thought; people were walking up to me. These strangers and acquaintances were asking me if I needed anything and telling me that they were here for me. Some lady was standing beside me. A tiny smile formed on her heavily made-up face—I could see the outline of her foundation. She smoothed down my hair. Her long, painted nails gently combed the back of my head as if I were a cat. I felt I should purr for her. I would have done anything to make her stop. Then she reminded me how strong and beautiful I was and how I looked just like my mom. I heard that a lot. I gave a closed-mouth smile, nodded, and silently prayed this crazy lady would leave. Oddly enough, she examined a strand of my hair, which remained fixed in midair, trickling down her fingers; she finally moseyed on. I gave myself a quick shake as if I were shooing a spider and thought, Dear Lord, let this day end!

Just the other morning I was flipping flapjacks—banana ones, Dad’s favorite. The radio blared, and I was singing along, when he chimed in. We were dancing. We were having fun. I was on key. Dad wasn’t. He was a goofball—my goofball—my adorably cute dad. He was always fun, making me giggle. Who’s going to do that now?

I stood in a room full of people I hardly knew, feeling more anxious than usual, until I spied Uncle Travis, who gave me his familiar wink from across the room. That wink always seemed to reassure me that I’d be okay and that I should take three deep breaths.

Travis and my dad had been best friends since childhood. I could recite their story in my sleep. Wherever they were—local pub, church barbecue, or a friend’s party—they’d tell their rendition of their first black eyes, and the more beers they put back the more uproarious the story became. In Mrs. Clark’s third-grade class, they had fought over an empty seat, which happened to be next to Luanne. They were smitten with her looks: her long, auburn hair neatly falling to the middle of her back; her creamy, flawless face, with not one freckle; her perfect, little nose and soft, rosy lips; and eyes as blue as the sky.

Honestly, I wondered, why can’t boys look deeper? I rolled my eyes every time, shaking my head, and asked facetiously, “How could you have let her go?” Then I demanded, “And what’s wrong with freckles?”

Travis and my dad had duked it out at recess, and when the bell rang, they both were standing, looking straggly. Luanne took one look at their sweaty, tired figures with torn shirts and bloody faces and decided she didn’t want either of them. She moved seats, and then she moved out of Texas within weeks when her military dad was reassigned. She was never seen or heard from again except as part of the black-eye story they recited habitually. They quickly got over her (out of sight, out of mind). And since neither one of them held a grudge, their friendship formed and became stronger with each passing year, like brothers. When I was born, Travis naturally became my uncle.

The black-eye story always finished with my dad telling me, “No guy is worth fighting over. Remember that, Dakota.”

And Uncle Travis would chime in, “Any guy you date, Dakota, will have to get past me first!” I nervously laughed, picturing the two of them with shotguns in hand, sitting on the front porch rocking back and forth in their chairs (even though we didn’t have a front porch or rocking chairs). I thought the prospect of a good-night kiss from the boy who dared to drive me home was highly unlikely. Eventually, I learned their bark was tougher than their bite.

Dakota Buchannan believes there can be nothing worse in life than losing her mother—until her father suddenly dies, leaving her orphaned at sixteen. As she attempts to muddle her way through the funeral, Dakota is introduced to a man twice her age who looks remarkably like her father. Moments later, it is revealed that Luke is the son her father never knew he had—and her brother.

Luke invites her to join his family with the option of returning to Fort Worth to live with her bachelor uncle if she is not happy. Despite influence from Luke’s narcissistic wife, it does not take long before their adorable four-year-old daughter, Savannah, captivates Dakota. As things begin looking up for Dakota, she meets a college graduate at a barbeque, setting off fireworks in her love life. But when her uncle falls victim to a near fatal hit-and-run, Dakota is compelled to revisit her old home where the past collides with the present as she comes face-to-face with a killer and a shocking secret.

In this gripping story, an orphaned teenager is led down an unexpected path through pain, fear, and danger to the eventual realization that everything in life happens for a reason.

Sarah Patt earned a master’s degree in Special Education from Simmons College. She currently teaches at Landmark School in Massachusetts, where she never takes for granted the short commute, brisk salt air, and the devoted faculty, staff, and students who help make her work inspirational and rewarding.