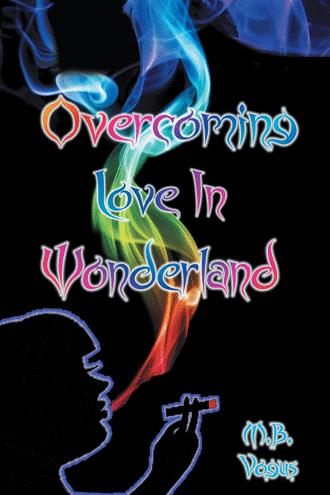 Overcoming Love in Wonderland is a humorous Alice in Wonderland store for women who love too much. It’s a story of self discovery as BreAnna tries to leave a bad relationship and emotional heal. Held captive in her obsession to save Michael, BreAnna, a whimsical woman of 28, awakens after a car accident to find she’s in a strange hospital room with a woman caregiver called the White Jacket. The white Jacket learns of BreAnna’s painful and unrequited love for Michael (a diabetic pharmacist) and tries to help BreAnna by giving her a book entitled “Women Who Love Too Much.” Can the book help her to see things more clearly? Will it release her from her love and need to save Michael? While recovering, BreAnna meets the Purple-haired woman, a chain-smoking antagonist, snooping through her clothes. The purple-haired woman evilly informs BreAnna where she really is, a quirky mental hospital. The purple-haired woman introduces BreAnna to the other zany patients by their nicknames: Trixie, a teenage prankster who plays with the lights; Antsy, an anxious woman with two ants on her butt named Skeetzo and Frenik; Spits, a high fashion/pretentious model with a lisp; PJ a playful old woman who wears pajamas; Nev, a young girl spellbound to a TV that doesn’t work; Nympho, a large woman who’s obsessed with "farting;” The “Devil,” a ghostly child who cries in the closets; Thumper, a woman who beats her head against walls; and the Caregiver, nicknamed the "Strait jacket,” a woman who restrains her patients in an effort to restore order in their dysfunctional world. After meeting her fellow patients, BreAnna becomes overwhelmed by their insanity and decides to take the advice of the purple-haired woman and use drugs to mask her pain. Can BreAnna find the strength and courage to separate herself from their craziness before it’s too late? Or will their madness envelope her, keeping her a prisoner of love in wonderland? Overcoming Love in Wonderland is dedicated to my beloved Mom and Dad and for all women and men who love too much. I would like to say a special thank you to Pat and Sue Thomas for their friendship while writing this book. Thank you, Sue, for giving up some of your valuable time to help me. Your extra set of eyes was much appreciated and needed in editing my book. Disclaimers found in my book starting with Scripture from the Bible are all from NKJV except for pages 168, 169, & 185 which is from KJV. For sound effects used in my book they are located at written sound Onomatopoeia dictionary website and Onomatopoeia book on the internet. Also in my book there are references and usage from Robin Norwood’s book “Women Who Love Too Much” especially in chapters 5, 6, 15 and 16. I would also like to extend a special thank you to Robin Norwood for writing an insightful and helpful book. Your hard work and diligence in writing “Women Who Love Too Much” helped change my life. I’m eternally grateful.

Born is DuBois Pa. The author lives in Greensburg Pa with her beloved husband, John, and beloved cat, Karma. Both parents are deceased. This book is dedicated to her mom, who is in heaven with her dad, “I love and miss you both. Thank you for the love and lessons given.”