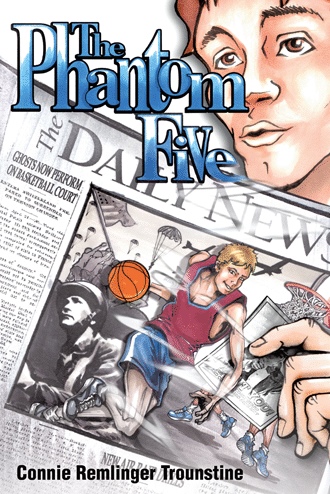 It is 1942, and Manny Keefer, cut from his sophomore basketball team, decides to volunteer to be team manager to keep up with his friends Wally and Felix, who are still on the team. As World War II changes the entire world around him, his own life is changing just as drastically.

When the sports editor of the Daily News announces that he’ll be printing news and scores from all local high schools, Manny sees an opportunity to turn his friends into stars. But when the editor says their private school isn’t big enough for any stories, Manny and his friends create a fictitious team and begin feeding the editor stories about it--soon giving their nonexistent team the best record in the state. As the fake team gains recognition all around the community, the joke begins to spiral out of Manny’s control. What will happen when his deception is discovered?

Based on a true story of American life during World War II, this novel tells the story of the creation of a phantom high school basketball team that jeopardizes friendships and much more.

Connie Remlinger Trounstine is the author of The Worst Christmas Ever and Fingerprints on the Table. She lives in Cincinnati, Ohio.