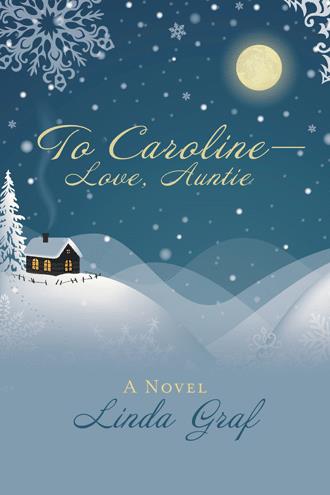 To Caroline-Love, Auntie is the compelling tale of a woman's journey across the globe to Italy where she uncovers her father's past, overcomes her demons, and discovers her destiny. Scientist and engineer Lauren Giulio knows she cannot ignore her inner voice anymore. Determined to unravel the mystery surrounding her deceased father's childhood and to uncover the events that lured both her father and her down a path contrary to cultural and social attitudes, Lauren ignores her husband's concerns about her emotional well-being and travels to her father's home in Panni, Italy, with the hope of finding answers. Lauren’s father had led her to believe that she could pursue any career she wanted, even a male dominated one, but sadly discovers that women are not accepted in STEM (Science, Technology, Engineering, & Math) fields in either the educational system or in industry. At work, Lauren learns that her salary is lower than that of male hires less qualified, and suspects that she is passed over for promotion because she is the only woman in the group. She remains quiet and doesn’t confront her managers because she doesn’t want to be perceived as being too aggressive. Lauren wants to understand why she chose a career path laden with gender bias and why her father ignored the cultural bias at the time and encouraged his only daughter to go to college to pursue her dream. After Lauren's plane lands in Rome, her husband's fears become a reality when a cab driver shares intimate details of his family that disconcertingly mirrored her own. When she arrives at her father's house and begins reminiscing about the past, Lauren is comforted by her cousin, Gabriella, who imparts her warmth and understanding as Lauren reveals her innermost thoughts and the struggles she has overcome. But Gabriella is not the only one providing comfort to Lauren. As strange coincidences begin to make sense, Lauren soon realizes that she is being gently guided by other loving forces in her quest for answers. An unexpected snow storm shuts down the main road to Rome, and Gabriella’s visit turns into an overnight stay with her cousin. This gives Lauren an opportunity to pour her heart out to Gabriella, and to reflect on the sequence of events in her life that unknowingly led her down a STEM career path, and to understand how those events were perfectly orchestrated to guide her into the predominantly male fields she loved. Lauren shares the personal losses in her life, and relates how she buried her feelings to cope with them, but that did very little to help her, and she was left feeling lost and abandoned. Lauren’s trip is successful in that she discovers what happened to her father in Italy, and understands why he was so different from other Italian fathers. She realizes that her father’s legacy was passed on to her, and that she had fulfilled it by choosing a STEM career, in which she contributed to removing the barriers that exist for women in STEM. Following in her father’s footsteps, Lauren passes her father’s legacy on to her great-niece Caroline, who, because of the strides made by her great-aunt and women of her generation, will have the ability to choose any career she desires. Caroline, in turn, will continue to enact change beneficial to the next generation of women because of the legacy she inherited.