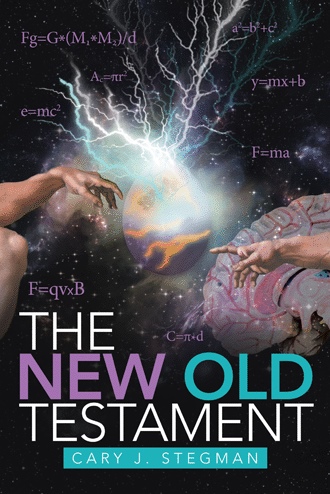 In the beginning, I began writing in order to put into proper perspective, as I perceived it, a story that had haunted me since childhood--the story of God commanding Abraham to sacrifice his son, Isaac. As a cornerstone of Jewish theology, this story had scared me, a child, out of belief in that God--that God who would test Abraham by requiring a deed so hideously immoral. How could a father, any loving father, bow to His will and unquestioningly obey God in such a wicked, albeit, unexecuted act?

And as I grew, so did the questions. Was this not the amoral manipulation of an insecure, faithless despotic God? What might Abraham potentially have known of this God? That conduct failing His morally ambiguous expectations and divine statutes, as yet undeclared, brought His swift relentless vengeful punishment! That He had wielded flood and conflagration indiscriminately with totalitarian brutality. Was Abraham’s acceptance, his complicity, an act of faith, an act of trust, a cognitive act based on thoughtful theodicy or an act based on the desire to survive, of rational fear--for did he not have reason to fear Him? Or was Abraham mistaken? For how would he have known if he was hearing God or the Devil? Or a disingenuous God with the duplicitous two-faced physiognomy of Janus: beneficent … malicious … both! Was this “moral hazard” fashioned by this all-powerful entity subjugating this man and his future nation into submission to divine power, creating a collective consciousness of fatalism, a covenant of dependency, seducing them, leading them to their recurring self-sacrifice upon the altar of history? Why does an all-powerful being need validation by the bellicose “shock and awe” display of the violence of His power? Is the implicit message one of blind obedience to God’s will? That obedience might bring Godly rewards, if only the staying of His terrifying castigating hand. And if so, if He does not speak directly to us but through “divine” or divinely inspired imprecise text, who interprets His will … fanatic religious clerics offering heaven for terrorist acts … fundamentalist zealots with temporal power and biblical justification for torturing and murdering heretics, apostates and non-believers in order to bring them to revelation … to the way of Truth? Men of faith have wielded weapons of fire and water, slavery and terror, brutality and torture, war and hate, heaven and hell in the name of God. And so we are taught … and so it is indelibly etched into the psyches of many … that reacting with vengeful cruel overwhelming authoritarian power and violence is the Godly sanctioned course, the final solution, rather than thoughtful empathic kindness and justice as the divine path. So it was … so it is.

In our age of smart phones, television and world-wide airline travel…of moon landings and rockets voyaging beyond our galaxy…of heart transplants and manipulations of viruses to cure cancer…of elegant medical images of the human body produced by magnetic fields, do we make policy decisions based on age-old superstition, ignorance and dogma or by analytic thinking based on proven fact?

Can a better world be built by planting the bad seeds of Biblical testament? The history of millennia and current events provide the answer.

Scientific method has resulted in technologies that have provided enormous benefits to humanity. Critical thinking, the essence of scientific method, not delusion, is imperative to establish policies that can help alleviate human suffering. Are we more likely to ameliorate global warming, end water shortages, conquer hunger/poverty, and cure cancer by prayer or by scientific research?

With oft-sly humor and serious ethical debate, The New Old Testament addresses the all-too-seldom asked question: Where more wisely is the nobility of the human spirit found? In religion or in science?

In this story of enlightenment through compassion and critical thinking, God becomes Man and Man becomes God, consequently creating a kinder, nobler world.

You will laugh…maybe snicker. You will cry. You will question. But most of all you will think!

The author, Cary Stegman, born during World War II, was fascinated at an early age by science and mathematics. After receiving a Bachelor of Philosophy degree, Cary went on to medical school earning an MD degree from the University of Michigan, followed by a 40-year career as a board-certified Diagnostic Radiologist and Nuclear Medicine physician.

During his years of medical practice, his highly technological specialty underwent an extraordinary “science-fiction-like” evolution spurred by the development of digital imaging modalities. The impact of these incredible imaging advances on healthcare was stunningly awe-inspiring! Extraordinary progress in medical basic science and medical clinical practice was also occurring simultaneously.

To Cary, the elegance of the conceptualization and the brilliant intelligent design of scientists and clinicians bringing their visions to fruition was dramatic evidence of the power of human reasoning and critical thinking. Yet Cary felt the power of critical thinking was often discounted or little recognized in society. Faith and superstition derived from supposedly divine or divinely inspired “holy” text often seemed to inhibit rational analytic thought. Concerned about the potential negative impact of bad social policies based on superstitious dogma, Cary considered how he might elucidate this barrier to wise practices. Reminded of his youthful antipathy to biblical stories, armed with his humanities background and encouraged by discussion with family and friends, he began to write his book…The New Old Testament.