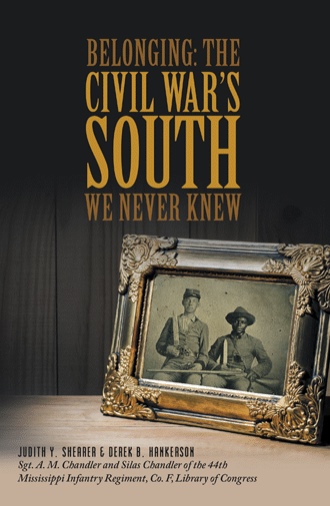 When I was a child, my family traveled throughout the United States, including my parents’ native states, Tennessee and Florida. I was always amazed at how the stories in US history books at school were totally different from what we heard it portrayed by relatives; what we learned in schools rarely reflected the state of affairs in the United States or even truth as a whole.

In fact, on numerous occasions until I was about ten, I would ask my parents about our family history, and on other occasions, they would just offer up stories with no prompting on my part. I considered this a rite of passage; I needed to know who I was and where I was from. I always heard, “You’re from great stock, boy.”

I learned a few relatives were slaves (Gullah Geechee), others were slave owners, others fought in the American Revolution, the War of 1812, and the Civil War. Others were full-blooded Native Americans, whites (Scots/Irish, Norwegians, British) and mulattoes. Some relatives were elected officials, influential ministers, farmers, and business owners in the South.

I would comment at school and elsewhere that the US history textbooks didn’t reflect the stories I was learning from my parents, grandparents, and other relatives. As an example, one of the many stories we all learned in schools was that Plymouth Rock and Jamestown were two areas that were the foundations of America. I asked myself how that could be true because St. Augustine, Florida, had been founded fifty years prior to Jamestown.

As one whose family is from the South, I’ve always been fascinated with Southern history and couldn’t believe there was no rebellion and/or that blacks had been just slaves. I always knew there had to be more to the story than that. As one who has direct ties to the South and its history and relatives who fought in the wars from the South, I had to learn why and how. My investigative nature brought me to the understanding of the untold stories of the long line of black history in the South, dating Spanish Florida and the 250 and 500 years of history missing from many textbooks relating to blacks.

Similar to Cassy, a slave who was tried for murder in 1833, and G. A. Henry, her lawyer related to American patriot Patrick Henry, were written about in book I, All Bones Be White, I knew something was missing in the story All Bones Be White. I felt Cassy’s pain but knew of Henry’s sorrow and disbelief in the US judicial system and the jury of peers. While Judith and I didn’t even know each other before 2014, our research brought us together when we met by a mutual friend. We had figured out the rest of the story--or puzzle--of US history. The rest of the story makes the US history story even more complex while also making sense.

Southern pride is strong, but Southern pride gives way to African Americans, for they also have all the same rights to call the South home; they fought for it and defended it as Henry and his sons had. Stories such as Gone With the Wind< and="">Uncle Tom’s Cabin portrayed lifestyles that were horrible; some were realistic but others not.

The South was not bad by nature; types of families caused such blatant disregard and respect for others, including minorities. Judith’s family history is an example of the difficulties and horrible events of those not able to be fair and honest with those who worked for them as slaves. But the South has two sides, and only one has been explored before this book.

G.A. Henry defended a slave in court, but years later he fought for the Confederacy. The question is why?

Continuing the creative nonfiction narrative she began in her first book, All Bones Be White, Judith Shearer--whose family owned slaves--teams up with Derek Boyd Hankerson--some of whose family were slaves--to reveal Henry’s motivations in the second part of an action-packed trilogy.

In the book, you’ll learn why some blacks fought for the South during the Civil War, how DNA testing is helping uncover new information about the past, and the black experience in the Southern states leading up to our nation’s deadliest war.

More importantly, you’ll find out what happened to Cassy, the Kentucky slave who was put on trial for allegedly killing a white woman. Henry did his best to save her life, but what happened would change the course of his life.

Delve into an important story that’s been forgotten for too long, and gain a clearer picture of what the South was like for blacks before and during the nation’s split with Belonging: The Civil War’s South We Never Knew.

Judith Shearer earned an MFA in writing from Spalding University. Until recently she taught part time as adjunct faculty in the English and Philosophy Department at Murray State University and worked full time in the Art & Design Department.

Derek Hankerson grew up in Prince George’s County, MD, held three “Presidential Appointments” in Washington, D.C., dating back to his early twenties. He is a direct Gullah Geechee descendent. He earned his MA in Management and Leadership from Webster University, studied Communications at Bowie State and graduated with a BA in Political Science from the University of Maryland. He is a faculty member at three Florida colleges and universities where he lectures in history, leadership, communications and politics. Hankerson is a world travler, conducts primary research and is a documentary film producer.