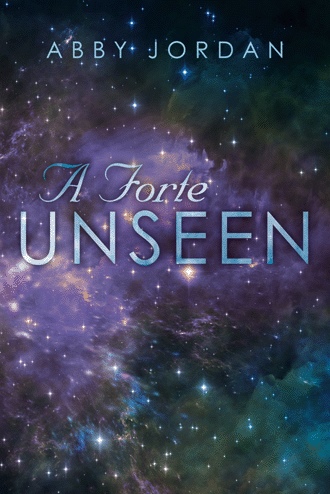 Gracious remarks sounded from our guests and the chatter resumed, as kids raced to be first in line to fix their plates and their parents politely stood back. Mr. and Mrs. Fuller went to claim their spots next to my parents, but Madeline hung right with me as I fixed my burger, filled up a glass with Mama’s sweet tea, and loaded a heaping spoonful of Ms. Carmen’s banana pudding onto my plate. We sat at one of the patio tables with most of the rest of the kids, and Madeline was just a little too eager to grab my hand when it was time to say the blessing. Before Dad could say “Amen,” I could feel her drawing little circles on the back of my hand with her thumb. As we opened our eyes to eat, I avoided eye contact with her, trying to act oblivious to whatever she was doing.

I’d known Madeline my whole life, and she had always been friendly, but lately I’d noticed she was becoming more and more flirty towards me. It was like we couldn’t be around each other anymore without her doing something to suggest she was starting to feel more than friendship towards me – her pulling me in for the hug first and holding on a half second too long, giggling at something I said that wasn’t even intended to be funny, paying me compliments that she never had before. It suddenly seemed that she was much more concerned with what I was doing, where I was, and who I was with than she had been previously, and to the point that it felt odd, almost overbearing. Hoping she wasn’t looking, I snuck a glance in while she was sipping her tea. She has gotten pretty, I thought, and we’re so much alike. Oh, and our parents would be overjoyed if we ended up together.

And then I felt my phone buzzing in my pocket. I quickly pulled it out, Madeline watching me carefully. I saw her crane her neck slightly to look at the phone screen, and she read the name at the exact same time as I did.

And suddenly, all my gentleman-like manners disappeared, all my melancholy thoughts  of earlier were gone, and Madeline wasn’t even a consideration. A phone call from Carrie could take me away, just like that.

I pushed back from the table without excusing myself and headed quickly back inside my house, slipping downstairs, unnoticed.

Ask anyone: sixteen-year-old AJ Marett has the perfect life. He has a perfect family, perfect status in the perfect small town, and the perfect group of friends at the perfect high school. But AJ knows the truth. He has Becker muscular dystrophy, a disorder of the muscles that causes weakness and pain. He feels lost, but most of all, he fears the sympathy of his family and friends. How much longer he can keep his condition under control is anyone’s guess.

Carrie Wardlaw’s life is anything but perfect, but that doesn’t mean she hasn’t captured AJ’s imagination. His friend since the seventh grade, she’s beautiful, intriguing, and different from anyone he’s ever known. Because she comes from a broken family, she’s not exactly what AJ’s parents had pictured for their darling son.

As they prepare for junior year, he begins to realize that he feels much more than friendship for Carrie. They build a bond through a series of letters, and hers tentatively introduce her wild side. When he finds out that she’s not the good girl he thought, his love is put to the test for the first time.

Will AJ be able to love Carrie through her mistakes?

Will Carrie ever realize what AJ truly means to her?

Can she commit to him and only him before it’s too late?

Or will they simply become another one of the countless summer love stories that blows away with the autumn leaves?

Abby Jordan is a future healthcare student at the College of Charleston. She grew up near Clemson, South Carolina, where she still lives with her parents and younger brother.