Physical Laws of the Mathematical Universe: Who Are We? 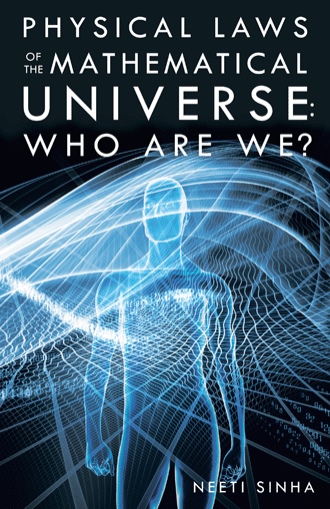 Physical Laws of the Mathematical Universe: Who Are We? sets off from the first page on an arduous and ambitious journey to define and describe a comprehensive depiction of reality that embraces the rigors of physics, the elegance of mathematics, and the intricacies of human perception. Neeti Sinha brings to bear her extensive education and research as she pursues an explanation that unites these often disparate disciplines in service of a nuanced description of the wonders of the whole universe.

In the course of its exploration of this topic, Physical Laws of the Mathematical Universe: Who Are We? unites insights from the fields of mathematics and physics in light of human perception to explain the contours of the universe and the origins of its parallel forms. The work also demonstrates how major scientific conundrums find their resolution when one adopts a holistic perspective. Finally, the author uncovers the profound foundations of human appreciation for truth and beauty in the aesthetics that bind together physics and mathematics.

If you look at your life and the world and wonder about their true nature, then Physical Laws of the Mathematical Universe: Who Are We? will accompany you on a journey that may test the limits of your understandings of the universe while opening to your gaze vistas you previously had not imagined.

Neeti Sinha has received D.Phil. from Oxford University, and postdoctoral training from the National Institutes of Health. Subsequently, she has worked as a scientist at Johns Hopkins University. Her current focus of study involves rationalizing scientific messages in order to perceive the most detailed textures of space-time.