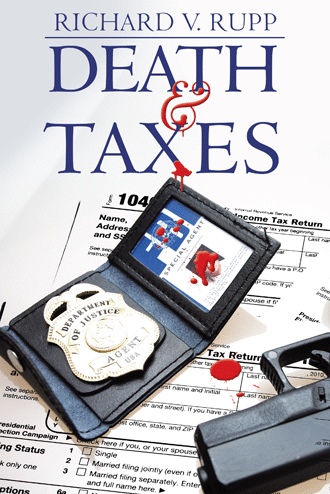 As the Resident IRS Criminal Investigation Unit was located at the front of the building near the conference room, it did not take the team long to arrive at Shaw's office.

Two security officers from the Center's Security Unit were standing in front of Shaw’s office door, which was sealed with yellow crime scene tape. The team noted a group huddled together in a quiet discussion across from the office. They quickly determined they consisted of a Fresno PD Crime Scene Unit Supervisor, and a couple of guys from the Fresno Coroner's Office waiting to take the body.

Dick first spoke to the security officers to determine what they knew. They informed him that because this was an auditor's office it was locked all the time. The auditor would have a key and probably his supervisor. Security and the janitorial staffs would have master keys.

“Thanks for the info. We’ll take over from here, but would appreciate it if you blocked off this section of the hallway.”

Turning to the head of the Crime Scene Unit, Dick asked, “Have you finished processing the scene?”

“Not completely, but I suspect the FBI will want to pick up from here?”

“My initial conclusion is that the death was at the hands of another. It was not suicide. There is no GSR on the victim’s hands; no suicide note, and the scene had been wiped down to remove prints?”

“Did you have to disturb the crime scene much?”

“Did it by the book. I took photos of everything before we really went to work on Shaw. Everything is pretty much intact, except I sent the gun to the Sheriff’s Crime Lab. “

Dick glanced into the office and made a mental note of what he saw. “Harriet you’ve been elected to photograph, inventory and bag items from the scene. When you’re finished, let the Coroner's Office take the body. And, Harriet make sure Brian gets Shaw's laptop as quickly as possible to process.”

Larsen quickly interrupted Dick, “I know that laptop is important to your investigation, but it is an IRS laptop and may have sensitive info on it. I want one of our people to monitor what your guy finds on it. It may tell us if the IRS computer system has been compromised or if files have been improperly used. That laptop could be significant to both of our investigations.”

“Agreed. Now let’s find out what the security camera tapes and card scanning data can tell us.”

The security office was located in the middle of the complex, and what a complex it was. They walked down hallway after hallway, through a huge open bay where hundreds of data entry clerks were entering tax information. There were also hundreds of empty desks and cubicles.

Coleen couldn't control herself as they passed a mural of Winnie the Pooh; just one of several Disney characters they had passed that adorned the walls of the Center. She blurted out, "Who came up with the decor for this place? It had to be a kid."

Mark responded, "No it wasn't a kid. I'm sure Uncle Sam paid someone a fortune to pretty up this complex. As I understand it, back in the 1970's when this place was built, Disney characters were at the top of their popularity."

When they arrived at the security office, the agents were further surprised by its size. There was a glass walled room that must have had fifty monitors with recorders that covered all segments of the Center. There was office space for eight people, a lunchroom and a changing area, which included showers. There was a gun locker and hangers full of bulletproof vests.

Dick commented to Mark, "You have quite an operation here."

"Yeah, we do, but it's needed. This Center is like a small city. There are about nineteen hundred permanent workers at this complex. During tax season, the IRS hires over twenty-seven hundred additional clerks, data transcribers and tax examiners who work for two to four months. We are just winding down now from the current tax season."

'We have to process all of them for clearance to work here. We fingerprint everyone, and send the prints and other info to you guys for background checks. We maintain security over billions of taxpayers’ dollars. On occasion we fend off a disgruntled taxpayer or a protest group that does not believe Uncle Sam should collect taxes. Now we even have to worry about anthrax in the incoming mail."

Dick asked, "How big a staff do you have?"

"How do you want to handle the tapes and security card records?"

"If it's OK with you, I'd like Daniel to work with one of your security guards to view them. Daniel has done this type of work before and will get the information from the cameras that we need."

Mark introduced Daniel to Jeff who, being one of the new security guards, got the assignment of viewing the forty-seven monitors that displayed the images from cameras located throughout the complex.

"Mark, I understand that Shaw was married. I would like to interview the wife. I assume she has been notified about what has happened?"

"She has. Doug Smith and I did the notification in person late last night. I'll give her a call and let her know you are coming. What time do you want to do it?" 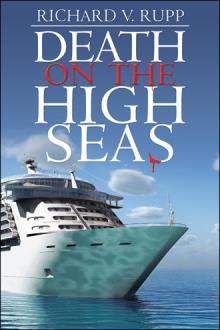 It had started out to be such a good year – until he screwed things up. As a determined employee headed toward Edison Shaw’s office at the IRS Service Center in Fresno, California, he knows what he must do to protect his interests. A few moments after he enters Shaw’s office and closes the door for their meeting, the man pulls out a gun, points it at Shaw’s temple, and pulls the trigger – just as planned.

In this compelling crime thriller, Dick Hartmann is a seasoned FBI agent who heads up San Francisco’s Violent Crime Squad. When he and his elite squad are assigned to investigate a suspicious death at the IRS Service Center in Fresno, they’re soon led into the bowels of the city’s largest street gang – the Bulldogs. As the case grabs the attention of America’s president, the squad travels to Los Angeles and then to Mexico where they must infiltrate a drug cartel to take down a gang member with the power to ruin the lives of millions of American taxpayers. Now only time will tell if they can stop him before it is too late.

Richard Rupp was born in Santa Monica, California, and grew up within a Hollywood movie industry family. His business career led him to the commercial insurance industry, where he became an executive that specialized in developing new insurance products and risk financing concepts. His forte was research, writing, and designing risk management and risk funding products to be used by major corporations. His position allowed him to travel the world with frequent trips to London, and Bermuda. Dick, and the love of his life Coleen, split their time between Los Angeles and Palm Desert, California. Coleen encourages Dick’s passion for writing, and serves as the primary editor for his creative endeavors.