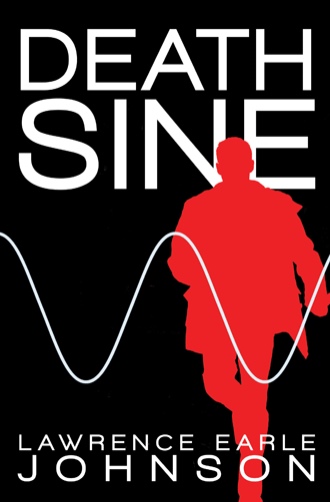 Kevin screamed for hours before he died. The thin man stood over his lifeless body. “He wanted to know more about ELF,” he said to the scientist in the white lab coat. The scientist looked up, but said nothing.
“Amazing, isn’t it,” the thin man continued casually, “how much pain can be inflicted on a human body without leaving a mark—without touching the body even once.”
“It wasn’t warranted,” the scientist said tersely.
“Oh. But it was. We needed proof. Now we have it.”
“You didn’t have to kill him,” the scientist said, his contempt for the man undisguised.
“A necessary casualty,” the thin man said, his smile totally devoid of warmth. “Besides, we can’t have one person stand in the way of national defense—now can we?”
The scientist shook his head and looked away. The thin man’s smile faded, his eyes cold as steel. Another weak link, he thought, as he turned and left the room.

Chapter 1
Clayton Wolfe squinted as spikes of light from the midsummer sun reflected off the cold, blue-green waters of Lake Superior. Adjusting his fisherman’s hat down over his eyes he cast again into the depths, hoping to catch a lake trout heading for the warmer waters near shore as autumn approached.
He breathed deep the fresh scent of pine and pure air that was the trademark of Michigan’s Upper Peninsula. “God’s Country,” he thought. That’s what the locals called it. And to Wolfe, Marquette was just that. Moving his feet to get a better perch on the jagged rocks of the break wall, he cast again into the spray, narrowly missing a seagull doing his own style of fishing.
Wolfe cocked his head as he heard an unusual sound. At first it seemed to be part of the wind—but it was more than that. Then he recognized it. It was the sound of someone crying. Wolfe looked to either side of him. Seeing no one, he finished reeling in his line and climbed to the other side of the break wall. There on the rocks, waves and spray soaking her clothing, a young woman sat crying.
He looked around to see if someone was with her. Seeing no one, he quietly climbed over the rocks behind her.
“Can I help you, Miss?” he asked as he touched her shoulder from behind. Startled, she jerked her head around, nearly losing her balance. Wolfe grabbed her arm to keep her from falling, and lifted her to a higher position away from the spray.
“No,” she said after she got her composure. “I’m all right. You just surprised me. I didn’t hear you come up.”
“It’s no wonder,” Wolfe said smiling, “what with all the wind, waves and crying going on.”
“I wasn’t crying,” she said defensively. “Not really. It was just the water stinging my eyes.”
Wolfe took a good look at her. Even dripping wet she was attractive. Her reddish hair hung down in curly streamers while her hazel eyes challenged him. Her white top was plastered to her chest, its wetness inducing a transparency Wolfe couldn’t help but notice. “Hadn’t you better get out of those wet clothes?” he finally said, returning his gaze to hers, which had now turned icy cold.
“Oh, I think you’ve already taken care of that by the looks of things,” she said sarcastically as she pulled her blouse away from her chest.
“No,” he interjected. “I mean that even during summer the breeze is cool. You could catch a chill if you’re not careful.”
“I know exactly what you meant,” she snapped. “And I’ll thank you to keep your thoughts to yourself. Good-bye.”
Her white sneakers squished as she climbed the remaining rocks and headed back down the break wall toward shore. Soaking wet, her jeans revealed an enticing figure. Wolfe couldn’t keep his eyes off of her. Taking a pair of binoculars out of the case he had slung over his shoulder, he focused on the old powder-blue Mustang she got into. Then he pulled out a waterproof notebook he had stuck in his L.L. Bean tan canvas shirt pocket, and wrote down the license number as she drove away.
Wolfe paused, looking down at the paper. I shouldn’t be doing this, he thought. I have a mission, and this isn’t it. She’s definitely attractive, and it’s been a long time. But the mission is critical, and she’s not part of it. But what if she was? She was crying. And angry. Something surely upset her. Trouble with a guy, most likely. He’d certainly handled enough domestic disputes in his past life. Still, he had no leads regarding his mission, and she was the only enigma he had at present. He knew it was thin, but he had nothing else to follow up on right now. He decided to go for it.

Wolfe walked into the modern Marquette County Sheriff’s Office, and saw Sergeant Maki sitting at the desk in the center of the greeting area. Maki was in his forties, five-eight in height, and trim build. “Hey Wolfe!” Maki greeted. He was one hundred percent Finnish and a lifetime resident of Michigan’s Upper Peninsula.
“Maki!” Wolfe responded. “Good to see you.”
Maki jumped up from his desk and extended his hand. “Good to see you too, Wolfeman. So where the hell ya been? Gone over a year and not even a peep from you, Wolfe. Not even a postcard.
“Yea, I know, Maki. Sorry about that. It was just . . . something I couldn’t talk about. Still can’t. Nothing to do with you.” Wolfe hung his head and looked at the floor.
Maki look chagrined, but nodded. “OK, Wolfe. I guess I understand.” He paused a moment, then said, “Well anyway, good to have you back.”
“Thanks, Maki,” Wolfe said. Then he turned to Maki who was making his way back to his desk, and said, “Could you do a favor for me??”
Maki stopped and turned. “Sure, Wolfe. What is it?”
“Can you run a license plate for me? It’s not official but I’m checking into something and I’d like to find out who the owner is. No big deal, really. But I would appreciate it.”
“No problem,” said Maki, who walked over to the computer terminal with access to the DMV and punched in the information. “Comes back to a Terri Ann Sommers,” Sergeant Maki said with mock gravity. “Sixty-three forty-four Lakewood Lane, Chicago, Illinois. White female, red hair, hazel eyes, height five-six, weight one-twenty-five, date of birth November 5, 1954. Speeding ticket in ‘75, ten over, and expired license in ‘83. That’s it. What do you want her for—gangland slaying or somethin’?”
Sergeant Maki’s attempt at humor left something to be desired, but Wolfe laughed anyway. He had gotten to know most of the Marquette County Sheriff’s Department personnel over the years between his clandestine activities, and showed himself to be an avid fisherman and also an expert with firearms. He had ingratiated himself with Maki and the sheriff, by offering to help their pistol team improve their combat shooting. This was important to the sheriff as he desperately wanted to win some competitions and raise the status of the department among the other law enforcement agencies, who viewed the deputies as a bunch of buffoons. That attitude did not sit well with the sheriff, and he was out to change it.
“Not really,” Wolfe replied. “Just curious.”
“You know I could get in a lot of trouble for doing this, don’t you?” Maki said.
“And I owe you one for it, too,” Wolfe said, waving as he took the printout and left the sheriff’s department. The ritual was always the same. But Maki never collected, and Wolfe always showed him the best fishing holes and trout streams that crisscrossed Marquette County.
Maki grumbled to himself. “Shows me the best fishing and I was the one born here. I should be showing him. After all I grew up here!” 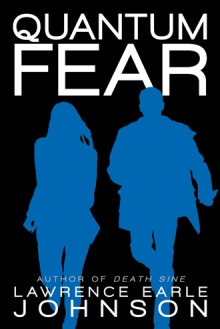 In this thriller, an investigative reporter and a clandestine agent work together to thwart a diabolical plan using ELF waves to take over the world.

It is 1981 when college student Kevin Sommers winds up dead under mysterious circumstances in Michigan’s Upper Peninsula. His sister Terri, an investigative reporter from Chicago, arrives in Marquette, Michigan, to begin looking into his death. She is sure that something is not right; she has no idea how correct she is.

Terri learns that Kevin was researching the effects of extremely low frequency waves--also called ELF waves--on people and the environment. What’s more, she discovers that the navy was testing ways to communicate with its submarines using ELF. But Kevin’s research reveals that ELF waves can affect people’s minds, causing unusual and violent behavior. Meanwhile, Terri encounters Clayton Wolfe, a secret agent with a mysterious past who teams up with her and the local coroner and sheriff to investigate Kevin’s death. Terri and Clayton feel drawn to each other, but as ELF-induced violence begins to occur all around them, they must race against the clock to find the culprits before they become victims as well.

Lawrence Earle Johnson has been a police officer, college professor, and writer. He has lived in Michigan’s Upper Peninsula, Ohio, Maine, and Georgia and has traveled extensively. Death Sine is the first in a series of novels dealing with conspiracies. He currently resides with his wife in Northern Michigan.