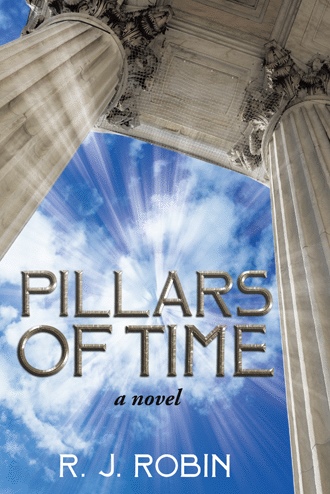 Karen Jacobs took a deep breath. Something felt wrong, but she could not name it. Five years ago, as a tourist at a newly discovered temple, Karen had rubbed a glyph carved into one of the pillars. Her next conscious recollection had been the painful knot on her forehead. That had been the start of coping in this world. Almost five years had been a procession of wrong things, but they had names. At first, it was fear she had been mugged and carried off. However, there were no guards, and the only footprints she saw were her own. Karen was never certain how many days elapsed before she realized nothing had been stolen. Her backpack with two days of clothing, extra jacket and toiletries for the short excursion to the new temple were all in place. The Swiss army knife, camera, binoculars, wallet, passport and money attached to her belt were also where they should be. She even had the two bars of chocolate and the apples she had taken from the hotel. She had stopped creeping nervously from bush to bush. The time on her watch never changed, and her camera phone never again functioned.

A major problem was that the location was wrong. After a short climb above the brush on the hill beside the stream, a scan with her binoculars filled her with confusion. To the northeast, a high range of mountains loomed, their tops snowcap white against the blue sky. Wherever she was, it was not Egypt. She climbed higher, but not a fence or road could be seen. No jet contrails marred the sky. Those first days had been confusing. Perhaps concussion, Karen thought later, but that was only one of the first of a succession of logical guesses that followed. There were no guards if this was a kidnapping. Speculating about what had happened soon became suppressed in the need to survive. To the north, farther upstream, she suspected a clearing beside the large stream. It took the rest of the day to reach the site.

The clearing turned out to be an empty campsite, possibly of eight tents. She found a few broken pottery cups. There were scraps of wool snagged here and there so she guessed the hoof prints were from a flock of sheep. On top of the hoof prints were the soft leather prints of people. Karen followed their trail, grateful for the forest skills from her youth spent in Montana roaming the forests behind her father’s ranch.

The early fear of starving was quickly dispersed when she rigged a hook made of a safety pin and easily caught trout from the streams. It took more than a week to catch up to the sheep. The shepherds were a mother and her two children, and their reaction to Karen had been fear. The shepherdess reacted with aggression, and the fear became palpably mutual. Her shouts and flailing shepherd’s crook backed Karen away. No attempt at speaking calmly or spreading wide her empty hands dissipated the woman’s aggression. Karen fled. Once she figured out that keeping the spring-swollen streams between them, much of the woman’s fear and aggression was mitigated, and she would try to talk. Karen learned some of the language, walk, sit, hand and so forth. She also acquired the name Karn. It was the best the woman, Fiona, had been able to pronounce. Gestures soon taught her the words for face, eyes, arm, etc. Walking, sitting and running words were demonstrated easily. Other words were more of a problem. She was not certain if the words Fiona returned when she held up a stick meant wood or branch or was the name of the plant. Karn also was unable to correct the impression that she was a young man. Perhaps it was her short hair or the blue jeans. “Enough of these reflections,” she chastised herself. Fiona was a far distance from this new fear today.

Now Karn lived in Tidrine, a settlement to which she had traveled with the men of the nomadic shepherd bands of the mountains. Eventually, sharing trout with Fiona and then teaching her to catch her own fish led to mutual trust. Karen had been slow to realize how close to starvation Fiona and her family were. The ragged woolen clothing and sheepskin cloaks hid their thin bodies. It took her much too long to realize Fiona’s fear was that she might steal one of the sheep. A few days of poor fishing and Karen at last realized that hunger could be a constant fear. In this world there was no alternative; no stores, no others to lend assistance, no possibility beyond your own skills. For Fiona, it demanded constant, careful attention to her flock.

This fear of starving became a constant companion. Even now, almost five years later and after a second successful harvest, Karn always found the time to check on the storage bins of her precious wheat. In the early days, she had learned to build traps to catch field mice. Smoked trout only kept hunger at bay for a day or two. Her tools were of stones, and she blessed the Swiss army knife. After one scare that she had lost it, woven reeds secured it to her blue jeans. As fall approached, the harvest of the foods she had discovered provided a reliable supply of nourishment. Leaving the mountains because of approaching winter found her following Fiona back down to the clearing she had first discovered.

For winter, the various nomad family groups, known as tents, gathered then traveled together to a second camp two days farther south along the river. From the second camp, only the men drove selected sheep the seventeen days for trade with Tidrine. Karn was what the Tidrine natives, as well as the nomads, called a Seiko. It meant stranger, but carried a taint of sorrow with the fear it engendered. Learning there were others like herself, Karn was delighted. Pulling a travois of her tools, extra food, pots and woven coverings, she traveled with the men to Tidrine. During these weeks, the men told Karn what they knew of their destination.

Upon arrival, the leader of the trade took Karn to the cliff above Tidrine where she could view the huge artificial mesa with a temple that also held glyph pillars similar to those first encountered in Egypt. The Seikos of Tidrine had arrived there. The first to arrive had been crusader knights whose armor and swords quickly gave them supremacy and they imposed their aristocratic culture. Over the next 184 years (a Seiko reckoning), others arrived periodically and maintained rule over the peaceful inhabitants.

To protect the nomads from any association with Karn, she spent two weeks surveying the complex from the cliff tops so her arrival would not be associated with the nomads. At first, accepted as a young lad, Karn had been able to pass as one of a distant tribe of nomads come to be a farmer. However, her own carelessness had revealed her Seiko origins as the end of her second year approached. Since then, she had been what the ruling High Priest called a Seiko-farmer, setting her outside all the groups. All of this matters nothing to the current problem, she thought, again trying to set her mind back on track to this present-day fear.

“What I think I know,” she mused, as she trod the winding track, “are scraps and bits of things, yet somewhere, there must be something to grab. Whatever the sum of these, I only know that when the hair at the back of my neck bristles, something is wrong.” In the nine months she had spent in the mountains, such physical warnings had saved her from several possible disasters. Her survival had depended on the memories and wisdom of her own mind, the outdoor skills of her youth and the strength of her own body. She also knew the lucky discovery of the garden, fruit trees, and fields of the mountain ruins had been her salvation. She had also learned that caution was critical, carelessness potential disaster. So what bits and scraps bother me now?

Karen Jacobs has been mysteriously transported from her twenty-first-century world to an unknown time and place. After the initial shock, she adjusts and learns the ways of the new land; five years later she believes she is coping well.

Considered an ignorant outcast by the ruling class, Karen—now called Karn and disguising herself as a boy for safety—has managed to preserve her independence and privacy on a farm of her own in the land of Tidrine. Her new homeland holds many secrets and mysteries, including the pillars that took her from her own time. The class structure of the place promotes suspicion and distrust, and the aristocracy can be tyrannical. Even worse, Karen’s own secret is in danger as well. The vicious and manipulative High Priest, the supreme ruler of Tidrine, seems determined to enslave her as his personal servant. Now she must decide whether to flee and begin building a new life all over again—or whether to stand up for herself and choose a different path.

In this fantasy novel, a twenty-first-century woman trapped in a world beyond her imagination must build a new life in the face of dangerous and unusual powers.

R. J. Robin has been writing for her own pleasure for many years. Encouraged to try publishing she was surprised to discover the possibilities now available. With the superb assistance of the editors at WordSharp.net, this first book of the trilogy is now here. R. J. lives in Washington State.