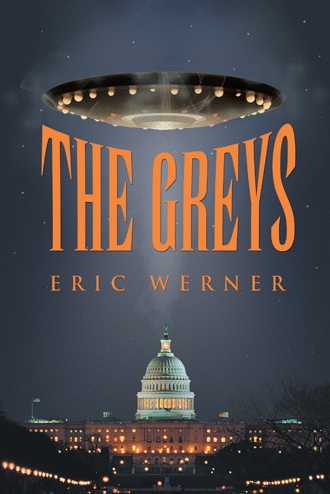 The tall, muscular man reached a full sprint, as he crossed into the vast cornfield, near the O'Dell farm. Too frightened, to stop, he staggered forward. The name tag on his chest, stated that his name was Krueger. Tom as his friends called him, was here at the behest of his commanding officer, Major General Nathan Greene.
It was only, ten minutes ago, that Tom stood in front of a nineteenth century barn. The huge man-made structure looked like a post card depiction of a New England farm. Tom was currently a Major in the Marine Corps and was here to interview the owners of the farm. The family called and explained to General Greene, that they were in possession of clear photos of UFOs. The people were so sincere in their story that Tom felt a pang of sympathy for them, since he was here to debunk them. Tom knew that they were about to receive a deluge of skepticism, for their claims. After the base Photographer took pictures, Tom and his two orderlies walked down the country road. Reaching their vehicle, the men got into the military vehicle.
A bright light came from above, and grew with intensity. The career enlisted men, accompanying Tom, squirmed and looked for leadership. As they did this a cone shaped light shot out. Tom watched incredulously as the light pulled the men through the windshield. It was as though the glass was a fluid, to the tractor beam. A second green cone twisted to cover Tom's hunched body and abduct him as well.
The car itself was dragged by the light and hit, a large rock on the side of the road. Tom was sent sprawling out of the driver's side. He was really afraid and took off, at a sprint, down the dirt road. Tom's dress blues were stretched tight across his fast moving body. A gusting wind made the clothes even tighter as he ran. Tom's cover flew off his head, to reveal his brown hair.
Reflected in a puddle in front of him, Tom could see his men, floating upward within a huge, conical green light. The abduction destroyed his core belief that there really wasn't much to these UFO reports. Tom knew for certain, that it was Aliens, that were doing this. The farm was still close by but it was a surreal happening. The ship in Afghanistan really happened. All of the stories are real. "It's not impossible! They are really here!!!" Tom cried out as he ran.
The whole sky darkened above, as a ship from another world broke through the clouds, to reveal itself. Tom could see that it was miles in diameter. Even though Tom struggled to breathe, he picked up his pace. He grimaced at the thought that the two enlisted men, in his charge were already gone.
"Keep going! Don't quit! Ignore the breathing, you ran cross country in high school! You graduated SEAL team training." These thoughts and many more raced through Tom's mind as struggled to keep going. He was already running at full blast, praying he could reach the corn field ten yards away. The field was a mere half mile from the farm, Tom kept one foot in front of the other foot and kept running. Only abject fear could make a man run that hard and Tom was truly terrified.
A gnarled dead tree stood out in the distance, signifying the beginning of a vast swamp. The green light reached Tom's pant legs and he reacted by leaping into space. Just like the way he did in High School to set the school record. The jump back then reached twenty three feet. Tom didn't know far he flew this time, but somehow he knew that it was his longest jump. With a crash and a roll Tom fell more than fifteen feet into a creek bed. The damp shallow muck flowed between his legs.
Tom threw up his lunch and staggered through the slimy water to keep going. Stumbling forward like a dying man he headed toward another large tree, that signified the beginning of the swamp. To the right of Tom, stared a series of unnatural eyes. They out at him from the darkness. They were like medical students learning their trade. Tom felt an overpowering need to look up and saw four owls sitting in the tree. "Something is wrong with their eyes!" Tom fearfully babbled, as he collapsed unconscious.

Captain Thomas Krueger is a Marine commander who has just returned from fighting the Taliban in Afghanistan. After he is awarded for his heroism during a violent battle where beings from another world made a surprising appearance, Krueger is reassigned by his Afghan commander to Camp Pendleton, California, to complete SEAL training and investigate recent activity by the mysterious alien presence known as the Greys.

As Krueger slowly learns of the extent and complexity of the alien presence, he is joined by Samuel Diaz, a naval physicist who helps him understand the mission of the Greys: to observe and influence civilization--sometimes with deadly consequences. Along their journey, the two men are united with a beautiful starlet and harassed by a suspicious CIA leader, all while the Greys speed up the timetable on their evolutionary experiment. As the heroes are placed in one dangerous situation after the other, their battle escalates into a last-ditch effort to save the people of Washington, D.C. before the Greys enslave them all.

In this science fiction thriller, military investigators take on a challenging assignment to expose the activities of an alien group determined to infiltrate humanity and control mankind forever.

Eric Werner graduated from Old Dominion University with a Bachelor of Science in Sociology in 1980. He served in the Marine Corps from 1984 to 1988 and is a former Corrections Officer. Eric currently lives in Danbury, Connecticut, where he enjoys studying UFO history and lore. This is his debut novel.