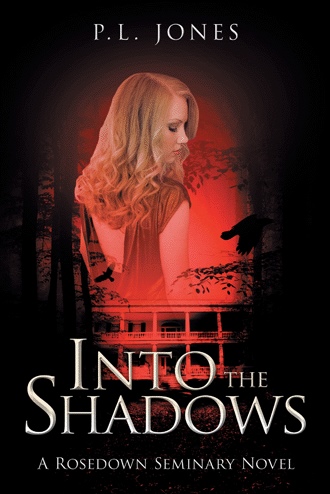 Sixteen year old Rhemy Larousse is a Nephilim, the daughter of a human and of the archangel, Michael. She is predestined to fulfill a prophecy that will save the world. That fact took some getting used to, as did her transfer to Rosedown Seminary, a school for the supernatural.

Although she’s barely begun to settle into her new life and gain a full understanding of who she is, one of her new friends, Star, a powerful student witch, is kidnapped by a demon and sent down into The Shadows. For help, Rhemy turns to her lifelong best friend and protector, Jules Morgan, and Brick Southwood, the last living descendant of Eve (the last pureblood vampire), as well as Rhemy’s prophesied soulmate. Together, they must embark on a dangerous journey to rescue Star. Along the way, the trio will face the pain of their pasts, betrayal, and possibly even death itself. Only their love for each other and for Star will keep them from losing their souls to eternal damnation.

In this paranormal young adult novel, three powerful teenagers must keep themselves and each other safe while on a mission to save their friend from the grasping darkness.

P. L. Jones has a lifelong love for reading as well as creating her own stories. When she isn’t writing or personal training, she is busy being the mother of two sons, a lab, and two wolf hybrids.