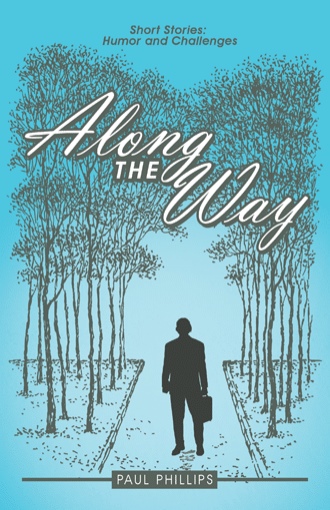 A second memory of sophisticated dining was a visit to a new restaurant in what had originally been a barn. It had received great praise from our friends, “You really have to go there, the place is unique and the food is exceptional.” At that time reservations had to be made one month in advance. As we entered the room the seating configuration surprised me. Tables for two had less than one foot between them. I understood that high priced real estate markets like Manhattan, Paris and London mandate closeness because space is so expensive, but in a former cow barn in the middle of a pasture?

Sitting diagonally across from me was a woman, probably in her forties. Her sophisticated demeanor and revealing gold colored dress attracted my attention. She didn’t even glance at us, but continued to stare straight ahead into the eyes of the man she was with. They wore wedding rings and sipped glasses of champagne. At that moment they were holding each other’s hands on the top of the table. I thought probably it’s a milestone anniversary, but not a very private one.

A writing instructor had told me that writers should eaves drop. While I didn’t consider myself a real writer, for that evening I pretended to be one. When the woman smiled at him and in a whispered tone said “Last night was so wonderful”, I realized that I had become an audio peeping Tom. The man squeezed her hand and murmured “Oh yes it was.” I picked up the menu glanced at my wife and got a “You better mind your own business look.” The appetizers included dairyless corn soup and pigs jowls. Among the entrees were veta la palma grey mullet and lamb quarters. I didn’t know what veta la palma was, but I knew I hated mullet.

When the waiter brought our meals the conversation with my wife ceased as we concentrated on the serious business of eating. Then my ears again acted as antennae on the other couple’s conversation. As I tuned in he asked her “Where do you summer?”

Where do you summer? A piece of fennel coated, lightly braised lamb became stuck in my throat. She answered “Oh, we go the Maine.”

I had seen a lightning rod on the barn on our way into the restaurant, but I thought if God decides to take revenge on sinners including adulterers and peeping Toms, this building will not be safe. When the server asked “Would you care for anything else?” my wife and I shook our heads. “No thank you, just the check and please hurry!”

Told with humor and style, author Paul Phillips offers a collection of short memoirs in Along the Way. He begins with a description of the struggles of a sixty year-old when the computerization of his office forces him to learn how to type. He eventually joins an online course designed to teach young children, but he can’t keep up with the program’s green alligator.

In Along the Way, Phillips narrates a story from the beginning of his adult life, a trip to a draft board physical where he meets two of the few the Army rejects. He also tells of becoming involved--involuntarily--in an informal fishing competition with a famous athlete. Next, he watches a future political star and his soon-to-be wife put on a professional quality dance exhibition at a college prom chaperoned by nuns. Later, Phillips’ company sends him on trips to Japan where a WWII Japanese Navy pilot challenges him to eat a live prawn. Then a Japanese family confiscates his clothes while he is taking a bath at the beginning of a real Japanese weekend.

This collection shares a variety of stories from his life, including descriptions of his last day at work, unusual encounters while dining out, experiences at college reunions, and anecdotes about simple incidents he experienced.

Paul Phillips developed a career as an investment manager of institutional accounts following his graduation from Williams College. Married, with three children and seven grandchildren, he began writing by creating humorous Christmas letters he sent to friends. He and his wife are longtime residents of Sleepy Hollow, New York.