The Journeys of Mason Night 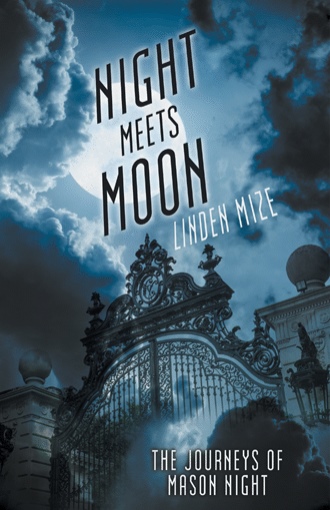 Mason Night is eleven years old. He has never known his father or traveled to a far-off place. He hasn’t done many things, but he knows his mother and grandfather love him. What he doesn’t know is how much his life is about to change.

His mother has met a man from England named Mr. Neil Moon, a famous actor, and they’ve fallen in love. Now Mason finds out that he’s going to have to move to England, to live on Neil’s family estate. Although he’s nervous being in a new place, learning British slang, and starting in a new school, he soon finds himself making discoveries and going on unexpected adventures in his new home. He makes new friends and begins to get comfortable. Nothing could prepare him, though, for meeting an actual ghost--or finding out that the ghost might need his help.

In this novel, an eleven-year-old boy moves from New York to an estate in England where he makes new friends--both living people and spirits who are long dead.

Linden Mize grew up in Illinois and moved to Missouri at the age of twenty. She lives with her husband and son. She writes in hope of sharing a story with others and making the world a little bit better.