Every Sentence Must Come To An End 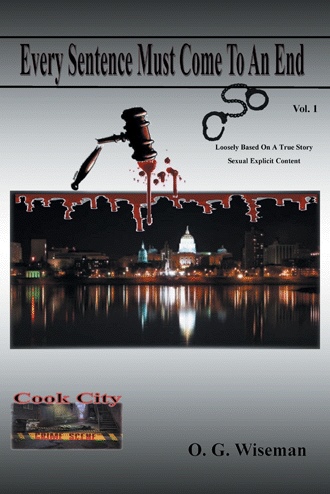 Entering the kitchen of his grandmother’s three-story, red brick home, after another eventful day at school, 14 year

old Ratchet (Kenny Walker) encountered one of the most horrible sights of his life. Frozen dead in his tracks, he

was astounded by what was taking place. His 6’ 3”, 260 pound uncle had his huge hands wrapped around his

grandmother’s neck, trying to force her to give him some money. The entire scene seemed staged, but the

horrendous and manic act was too real to be make-believe. Ratchet’s uncle, Woe, was caught up in the grips of a

very bad heroin addiction. He hadn’t been high in almost two days. The sickness from not being able to get his

fix was becoming unbearable. Driven in madness by the need for the poisonous drug, he was willing to do anything

to ease the excruciating pain that clawed at his insides; even rob his own mother. Distraught by what he was

and running towards his dope fiend uncle with his fists balled up. Foaming at the mouth like a rabid mad dog, with

his left hand still wrapped tightly around his mother’s neck, (BLAP!), Woe smacked Ratchet with the right one,

busting his nose and knocking him back into the kitchen wall. “Come on, now, Weisey! Just gimme’ the damn

money!” Woe demanded with slobber spewing over his bottom lip. “I don’t wanna’ hurt nobody! Come on, now!”

Fighting with all of her strength, wrestling to break free from the death-grip that was beginning to cut off her

circulation, the old woman stammered as she strained to speak. “I, I, I, I ain’t got no money, boy! Even if I did have

some, I wouldn’t give it to you to go shoot no poison up in yo’ veins!” Tightening the grip around his 72 year old

mother’s throat, to the point of where her eyes were beginning to roll back up into her head, Woe blanked out. Just

as he had raised his free hand to hit her in the face, Ratchet came back to his senses, ran over to the metal breadbox

on the counter where his grandmother kept her trusty .38 special, picked the gun up and yelled at the top of his lungs.

“Leave my nana alone, uncle Woe!” Snapping back to reality just seconds before smashing his mother’s face in,

Woe released her, and turned on Ratchet. Gasping for air, while grabbing her throat, the old woman fell to her knees.

Enraged, as if possessed by the devil himself, Woe began to advance toward his nephew. “What you gonna’ do wit’

that, you lil’ bitch?!” he chuckled sinisterly, sounding as if he had stolen a page from Jack Nicholson’s “The

tellin’ you!” Disregarding the youth’s foreboding, Woe took one final step before swinging a wild right at him.

knocking him off his feet. Traumatized with min-numbing disbelief and shock at what he had just done, Ratchet

stood there with burning tears falling from his eyes like hot summer rain as he looked down at his dead uncle, who

was laying there motionless, with one eye opened and one eye closed. Dropping the smoking gun, he buckled over

and began to regurgitate. His weak stomach released everything that he had eaten for breakfast and lunch.

Kenny “Ratchet” Walker is born into a cold world. After his mother passes away during his delivery, Ratchet is adopted and raised by his grandmother. But as he grows up in New Jersey, his life is catapulted into chaos one day after school when fourteen-year-old Ratchet commits an unthinkable act.

As Ratchet is left dealing with the consequences of his actions, he must come to accept that his life is not turning out the way he imagined. With a family that hates him and the streets just waiting to swallow him, he eventually becomes much more than a nightmare to his adversaries. Even as he is presented with an opportunity to take the right path, Ratchet continues on a dark journey fueled by revenge and unresolved feelings as his mind plays tricks on him and his gun takes the lead. Now only time will tell if Ratchet can escape his pain and find peace before his soul is trapped in hell for all eternity.

In this contemporary urban thriller, a young man forced to face his painful reality discovers the true cost of bad choices as he struggles to find his place in a cruel world.

O. G. Wiseman is a publisher and author of the novel, Queen Bee. He has been writing for nearly two decades and owns one of the most prolific catalogues today. O. G. currently resides in Pennsylvania.