In and Out of Time 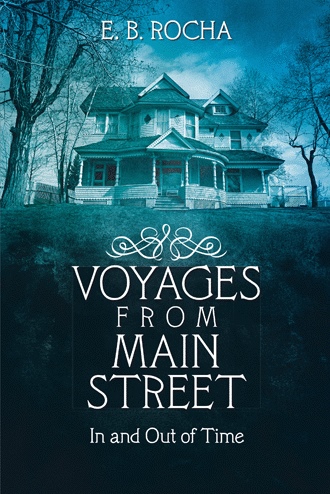 Instantly I dodged down and to my right just in time to avoid the knife that would have taken out my left eye, but I was not quite fast enough. The knife passed through my hair as it whisked by my face at lightning speed. ‘Thank you God for giving me a thick head of hair,’ I thought as I let out a blood curdling scream so piercing that it brought the entire marketplace to a complete standstill making it look like a wax museum. Suddenly all the talking, haggling, singing, laughter and music stopped.

Nearby, standing directly behind me, a blind, white-eyed beggar dressed in dusty, tattered rags had been standing on a ramshackle wooden stairway begging alms. When he heard my screams, the wretched, sightless man turned his head in my direction to “see” what the problem was. For a fraction of a second the silence was deafening. Then suddenly, the poor beggar fell to the ground, his sunken, white eyes open but motionless, his mouth too, remained open. The knife that missed my eye had imbedded itself in his heart, his bright red blood oozing into the black soil of the busy thoroughfare taking with it the poor man’s life.

Just as quickly as it had come to a standstill, all the movement and sound of the marketplace started up once again. The culprit who threw the knife turned on his heel and sped off. He ran like a madman, stumbling over carts, animals, vendors, children and women. He tripped and knocked over a huge ceramic pot which smashed into dozens of pieces that flew up almost cutting open his face. But quickly he regained his balance and off he was again running for his very life. What I saw of the man I can only describe as massive and powerful, bulldozing anything and anyone that stood in his path. Several men dashed off after the assailant but in a flash he was swallowed up by the multitude of people and vanished like mist in the sunshine.

I stared down at the poor beggar on the ground, my heart aching for him, his life ending as sadly as it had begun. Then I knelt down and checked his pulse and said a silent prayer for his soul. The unfortunate man was dead. “Are you alright, Beah?” Rose asked taking hold of my trembling hands.

“Yes, just a bit frightened, but I’ll be alright soon.” I whispered with tears in my eyes for the gaunt, deceased beggar. Some passersby lifted the dead man and took him to a nearby stall where other beggars prayed over the victim. John, ever our faithful and devoted bodyguard had flown off after my attacker. He soon returned dejected with nothing to show for his efforts. His face was flushed from the strenuous effort he had made to catch the criminal.

Rose asked him: “Did you see his face, John?”

John answered her, gasping for breath: “Not—very-- clearly, the-ah-villain was -- dressed in robes.” John paused to catch his breath for a few seconds, and then continued somewhat recovered. “Almost all of his face was covered, but I saw those hate filled eyes of his. I would bet all my money and half my teeth that he is that very same scoundrel Jusef that tried to kill you on board our whaling ship.” I heard his words and froze.

“But John, if he is Jusef how did he come to be here in Casablanca?” I asked with a trembling voice, my body shaking from head to toe and growing cold with fear.

John replied: “Miss Beah, Jusef is full of hate and revenge. He is cunning and clever in his own evil sort of way. For all I know he could have stowed away on our cruise ship or even been employed to do some menial job that no one else wants just to have a chance to kill you. Don’t forget that you are an eye witness to a crime that could have him locked up for the rest of his life or possibly he might even be executed.”

Beah cannot help but wonder what lies beyond her earthly existence. For quite some time, she has been frightened by the unexplainable opening and closing of doors, the sounds of footsteps and muffled voices, and the echoes of a child’s soft crying while home alone in the Massachusetts Victorian home she shares with her husband. Because no one else ever sees or hears anything unusual, Beah invents logical explanations, for such things just do not happen—or so she thinks.

One day while working on the old house, Beah unwittingly loosens a baseboard and unearths an antique pocket watch. Unaware of its mystical powers, Beah eventually falls asleep on the floor, only to awaken as a child in the Victorian era who is happily interacting with the house’s original occupants. But when she voyages into the past a second time, Beah is metamorphosed into a teenager who must sail dangerous oceans disguised as a cabin boy. While she faces death under the sea, a murderer pursues her through time. As Beah precariously dangles between the past and present, she must uncover the truth, before it is too late.

Voyages from Main Street is the tale of a woman’s perilous journey through time as she desperately searches for answers and attempts to outrun a determined killer.

E. B. Rocha enjoyed a lengthy career in the airline industry. She is now an interpreter of romance languages and is working toward a Master of Fine Arts. Rocha lives with her artist husband in a Victorian home in Massachusetts.