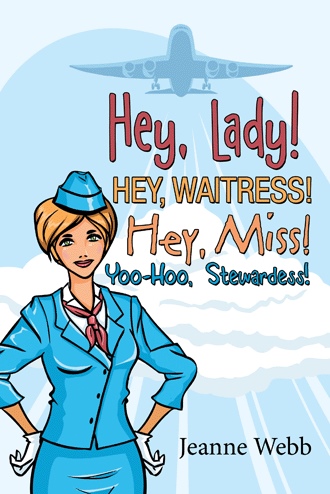 A lady went into the bathroom and completely undressed on a flight to New York. I chased her up and down the aisle, with a blanket, trying to cover her. She fought me off, until a passenger helped subdue her. She had left a State Hospital without permission. A doctor and nurse met the flight, along with some burley New York cops, and she was removed from the flight. The policemen were carrying her clothes, and she was still trying to fight her way out of the blanket. No one knew how she left the hospital, got money for the ticket, and made it to the airport to take the flight.

A first class passenger from South America, dumped her screaming child out of a stroller while getting off the flight. She was going out the front door and wanted no assistance. It was a sad thing because everyone applauded. The child had cried and screamed almost the entire five hours from Miami to San Francisco. The mother said that it was a typical reaction to flying, and the child was not ill. The passengers were upset. and they let her know how they felt. They thought that she should have given him something to make him sleep. Of course, she did not act like she heard the child. I guess she was used to it.

Author Jeanne Webb served as a flight attendant for one of the largest airlines in the United States for over three decades, from the 1950s through the 1980s. During that time, she encountered all kinds of personalities in her work, both on and off the airplane.

In Hey, Lady! Hey, Waitress! Hey, Miss!, she shares some of her most memorable stories from that time period. The life of a flight attendant was unique during Webb’s career, and she recorded many of her stories in diaries and journals. Now she recalls strange conversations and events, as well as humorous, rewarding, and sometimes aggravating interactions with a wide range of passengers. Featuring celebrity encounters, bizarre requests, medical emergencies, and poignant recollections, these stories illustrate the unusual situations faced by flight attendants on a daily basis.

In this personal narrative, one woman paints an intriguing picture of the exciting and occasionally crazy experiences of flight attendants in the latter half of the twentieth century.

Jeanne Webb graduated from Marshall University in Huntington, West Virginia. She spent thirty-two years serving as a flight attendant for one of the largest airlines in the United States; during that time, she was based in Miami and Chicago. She currently lives in Cooper City, Florida.