The Trap of Freedom 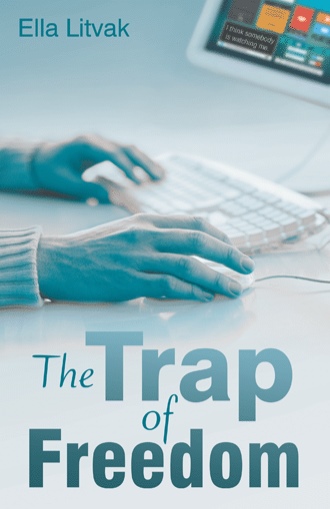 It was the day of Claire’s retirement. When she came home from her last day of work she immediately turned on her computer to check her messages, as she had been doing for many years since the day her son had started school. It didn’t take long to check new messages, especially after she dumped advertisements into the spam folder. There were no emails that had to be answered right away. In a few minutes she turned off her computer and went to the kitchen to have her supper after a busy, stressful day. It was time to enjoy the evening. She remembered that when her son had started school her inbox was always filled with emails from his teachers that would have to be answered immediately. As his middle school years came to an end, the flow of complaints lessened and then stopped. Most of her emails over the last few years were from her coworkers. Tonight she also received emails, but they were from the benefits department with regards to her pension plan. She decided to review them in the morning and to get some rest that night. However, despite a busy day, she didn’t feel tired because tomorrow was the first day of her long-awaited retirement. Her evening was quiet: there were no voice messages, no phone calls, and no interruptions from the family because there was no family to interrupt her. She spent an hour flipping through TV channels and then went to bed.

The next morning she was up at 5 a.m. as usual. It had been this way for many years since the time when she and her husband had their son. Those early morning times, alone in the quiet with a cup of coffee, were the best part of the day. They were especially precious when her son was little and needed a lot of attention and her husband was full of anger and irritation. Years later, she cherished the memory of those unforgettable days and saw them in her dreams. Now her life was different, and would be forever. She went to check her emails again, but the inbox didn’t have new messages. Subconsciously, Claire realized that the way she would start this day would impact her entire future, and she tried to control her mind and not allow herself to slip into the meaningless existence where laziness would take over her life and lead to dark, overwhelming boredom and depression. She had been thinking about her plans for retirement for a long time; however, she hadn’t found anything that could become her life’s focus as her son or her career had been in the past. With her work gone and with no family around, she felt that now she would have to struggle for a meaningful life again, as she had done in the past.

Claire and her husband had immigrated to the US from the former Soviet Union more than twenty-five years ago. At the no longer ripe age of thirty-three, she essentially became a newborn who had to learn how to walk and think without the protective guidance of parents. She didn’t allow herself to slip into an emotional state before they emigrated, because the emotional state should be fed by the environment where a person lives, by people who surround the person, by values which had been formed during their lives and which were nourished by parents, family, and friends. They both left everything behind. There were no old friends with whom they could share their thoughts and who understood them and didn’t think that they were strange. Claire learned to grow in the new environment, learned to live her life forward, and learned to forget her past because in order to survive she needed to absorb her new life as a child and avoid emotional destructions which in her situation was more dangerous than physical destruction. The mindset controls a person’s life and she needed a calm head. She started this period of her life without friends because friends were in her previous life and it takes time to develop new friendships again. Friendship was different here. After years she learned to call people who were her acquaintances friends. She had friendly-acquaintances whom she met at certain times of her life. They would enter her life, and then pass through without leaving any traces. Just emptiness.

In the beginning, Claire was not able to understand why they were leaving and tried to comprehend what she did wrong that people after several years of friendship would disappear without any words or explanations. Much later, she learned that it was absolutely normal that they just had different interests and when she was looking backward she understood that their relationship was shallow and just convenient at that time. She became used to live with this. At the time of her retirement she had much more people who left than those who were still around.

She browsed the Internet searching for job openings in epidemiology. There were plenty of them. But Claire closed the job search engine. She retired and she needs to find something else. She needed to talk with somebody but with whom? She automatically started writing an email without thinking to whom it should be directed. And suddenly she wrote: “Dear Claire, I know that today is the first day of your retirement. Let’s plan some time together so we can discuss our future plans. Your friend, Nobody”

It was the email to herself. She checked her inbox folder again. There were no new messages. Claire saved the email she wrote in the draft folder and decided to keep her routine and go to the health club which was very close to her house. Every morning when she exercised before work she always was in a hurry. Today she looked around and noticed many things for the first time. She noticed a new cafeteria and several computers in the corner behind the front desk. Claire approached the computers and subconsciously checked her emails. All of a sudden she decided to make a present for herself. She opened GOOGLE and created a new account and sent a message to herself: “Dear Claire, I would like to discuss with you our trip to Scotland. Please call me as soon as you receive my message. I tried to call you at home but wasn’t able to reach you. Susan”

Claire typed her email address and hit the send button. It will be a nice present for me when I come home.

She exercised an hour as usual when she didn’t have a session with a personal trainer. Because of her retirement, she decided to have sessions with her trainer only once a week instead of three times as it was before.

Claire is newly retired from a long career in epidemiology. No longer does she have an important daily schedule or the comfort of routine. All she has is her empty house and her computer. Desperate to escape incoming loneliness and death by boredom, she begins the search for something to fill her time and give her life purpose again.

Her quest for meaning leads to the Institute of Psychology, where Claire enrolls in a psychoanalysis course taught by the talented psychologist David Brown. Claire is even invited to Brown’s group sessions for women of advanced age, where she befriends Phyllis Kramer. To the shock of all, Phyllis soon ends up dead, and despite evidence of no foul play, Claire feels there is more to this death than meets the eye.

Phyllis once voiced paranoid concerns over a break-in at her home that left no evidence for the police. Claire suspects similar criminal activity in her own residence, but again, there’s no evidence. Using her computer as both a shield and tool to manipulate whoever is behind these evil plots, Claire puts herself in the position of victim. However, what’s the old saying? Curiosity killed the cat? Claire could become the murderer’s next target.

Ella Litvak started writing novels while teaching Applied Mathematics and Computer Science at the College of Communication, Ukraine. She now lives in Boston, where she works in the healthcare industry and writes in her free time.