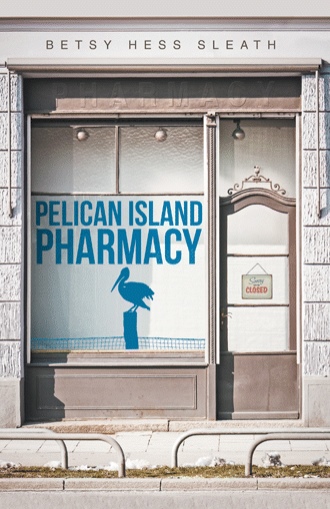 Jessie was heading out of her building at the university when she saw him. She gasped. He was standing near a car. A feeling of dread overcame her. She started walking fast towards the parking garage. Jessie knew that she would be safe if she made it to her car. Jason had pulled stunts like this before.
“Jessie, Stop. I just want to talk to you for a couple of minutes.” Jason called to her.
“Sorry Jason, I have to get somewhere.” Jessie replied. She started to run. As she entered the garage she felt an arm grab her from behind. Her heart jumped.
“Let me go Jason. Let me go.” Jessie screamed.
“Listen Miss Priss. I just want to talk to you.” Jason pushed her against the wall.
“Jason you’re causing a scene. I am at work. You know you’re supposed to only communicate with me through your lawyer.” Jessie tried to stay calm.
“Always worried about work. That’s all you ever cared about.” Jason sneered. “I just want to see May. She is my daughter too you know.”
Perspiration covered Jessie like a blanket. It was a gorgeous cool spring day in Connecticut and now she was sweating. Jason looked like a deranged animal. His salt and pepper hair was long and messy. His piercing black eyes were focused on her.
“Jason we’ve been divorced for five years. We shared custody of May for two years but then the court gave me custody of her. You haven’t seen her in three years. What is this about? Money? You want money?” Jessie looked around to see if anyone was nearby. There was not a soul anywhere. She had left work fifteen minutes early because she needed to run some errands. She moved her hand toward her pants’ pocket to get her phone. Jason grabbed her wrist as she went for the phone.
“Oh no you don’t. I just want to see my daughter. I have that right. “Jason twisted her arm.
“Jason, you know you can’t see her. The court ordered that because of your behavior.” Jessie’s arm started to hurt.
“That social worker lied to the judge.” Jason shouted.
“Hey Jessie. Are you okay?” Jessie heard. It was her colleague, Robin, an assistant professor.
“Help Robin. Help. Please call 911.” Jessie screamed. Robin pulled her phone out and dialed 911. When the operator answered, Robin said, “There is an assault occurring at the pharmacy school garage on campus. Please get here fast. Hurry.”

Five years after her divorce, Jessie thinks her problems with her ex-husband, Jason, are over--until the day he attacks her on the campus where she works as a pharmacy professor. Several months later, Jessie flees Connecticut with her teenage daughter, May, and heads to the small beach town of Pelican Island, North Carolina, to seek safety and a new beginning.

After she secures a job as a pharmacist to help out family friends, Jessie is soon intertwined in the lives of the members of the local Methodist church who frequent the pharmacy’s soda fountain, including the pastor and his wife. While a rivalry develops with Norma, the feisty southern belle who runs the soda fountain, Jessie becomes the most eligible female in Pelican Island. As she builds friendships with the town doctor and a lieutenant colonel, Jessie wonders if she will ever be able to trust a man again. But just as she settles into her new life and opens her heart to love, Jessie’s past rises up once again to haunt her.

In this compelling novel, a woman attempting to rebuild her life after an attack by her ex-husband discovers that her painful past may be more difficult to escape than she ever realized.

Betsy Hess Sleath is a pharmacist who grew up in Connecticut and studied creative writing at the University of North Carolina at Chapel Hill. She has lived in North Carolina for the past twenty years and loves spending time on the coast. This is her first novel.