The Life, Times, and True Confessions of a South Beach Chauffeur 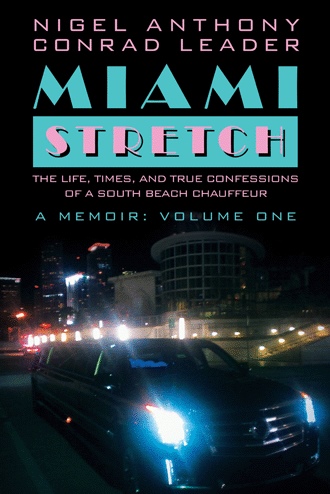 One of my early clients that I drove on quite a regular basis was this very macho and Latino guy that we in the office had liked to refer to as El Gordo or fat guy.
Every Friday in the early evenings, the limo company would routinely assign a chauffeur and a stretched limousine to pick El Gordo up at his residence in the little Havana section of Miami, he was very heavy and of central American or Andean decent. I can recall that because he always liked to eat at those higher end nationalities of restaurants Honduran, Peruvian, and Colombian. He was not that much of an old, but rather relatively young but not at all fashionable due to his extra large size and his non chalant, non caring and free living type of attitude.
I think it was his paydays on Friday’s, I don’t know this as a fact, but every time that I drove him around I always paid attention to all of the things that he did and I would somehow come to that conclusion in my head, it just seemed that way to me because it was always and only on Fridays, always after business hours and he would spend a whole lot of cash during his regularly scheduled pickup on those Fridays.
He was always alone on these Friday night residential pickups, even in the ten passenger limousine.
He would always go to one of those different expensive sit down restaurant somewhere within the city limits of Miami and usually near Little Havana where he would sit there and eat gourmet ethnic meals all by himself usually for a couple of hours, all while the chauffeur would sit outside of the restaurant and wait for him until he came out after he had his belly full of fine wine and good food.
When he was done with his gourmet feeding and he would stagger out whatever restaurant he chose that Friday evening, it would now be time for whoever the assigned chauffeur was that evening to help him to fulfill his other weekly need, which was to find him a woman; a temporary woman, not a friend or a girlfriend, not a wife, but rather a lady, a professional lady of the night.
Once he found his way into the car, we would then cruise all the areas where the professional women of the evening would gather. That would usually be to calle ocho in little Havana because it was closest to his residence or we would sometimes go to downtown Miami when he didn’t see any of his regular fun loving ladies that night or if he did not see anyone that he liked the look of on calle ocho that evening.
When he saw a lady that he knew or that he found to be interesting, I would have to stop the vehicle and let them into the limo the same way I would for a VIP client, so that he could discuss all of the details that the night ahead may entail. They would usually talk for several minutes in the back of the limousine all while I continued to drive around until he would make his final decision. If he finally got the deal that he was looking for I would then have to drive them to one of the seedy no tell motels in Little Havana or Hialeah section of Miami where he would spend a couple hours with the lady of his choice for that particular evening all the while the chauffeur sat outside waiting for him to do his do in the motel.
After his fling I would return the lady to the same spot where we picked her up from, and I would take him back home to his residence in central Miami. This was the only thing we ever did with this client that I have known about, he was well known in our office and the drivers who drove him around would all compare notes on the women, locations and events of the evenings after dinner. I remember feeling privileged to be able to join in the conversations about his adventures because I remember hearing about them before I actually got the opportunity to actually drive him myself. I did however only drive him for three or four nights over a few months only, but they were all very adventurous and very memorable moments for me as illegal as it was. The limousine company obviously did not mind about all of the illegal antics going on with him, as they were fully aware of what this client was up to through all of the driver’s shared stories. This obviously must have felt this way simply because of all of the cash that this very regular client had always bought in on his paydays.

Nigel Leader never imagined in his wildest dreams that when he headed from snowy New York to sunny Florida to pursue a career in aviation he would one day become a professional chauffeur. But as Nigel ultimately discovered, sometimes life gets in the way of even the best-laid plans.

Beginning with his birth in Port of Spain, Trinidad, Nigel chronicles his life experiences as a child living on a Caribbean island, as a teenager in Queens, and eventually as a young man who strived to fulfill his goals. As life and work led him from city to city, Nigel shares an honest look into his varied personal and professional experiences, his disappointments and joys, his spiritual walk, and the circumstances that caused his eventual career detour to becoming a limousine driver in South Beach, Florida. While detailing his encounters with musicians, celebrities, executives, athletes, criminal elements, and regular folks, Nigel offers an interesting perspective on wealth, privilege, and life in Florida from his point of view and that of his varied clientele.

In this colorful memoir, a professional limo driver narrates the first part of his fascinating life story as he journeys from Trinidad to New York and ultimately South Florida where he seeks bold, new adventures.

Nigel Anthony Conrad Leader was born on Trinidad and raised in New York City. After spending his early years dreaming of Miami and the South Florida lifestyle, Nigel eventually moved there to work in the aviation field. After the collapse of Pan American World Airways, he became a professional chauffeur. This is his first book.