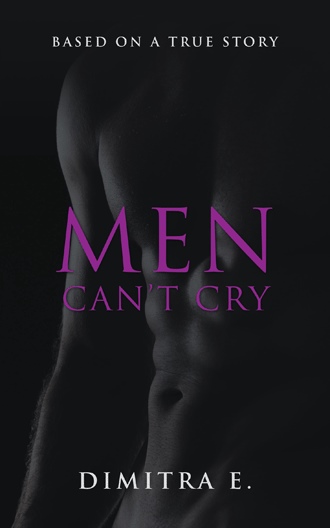 When I was in character, I was always able to see men in a very unique light. The idea of male strength faded into insignificance.
If I wanted to, I could use or punish them as I pleased. My feelings of having a certain power and being able to play with their fear grew. The men encouraged me in such a way that I started to get very nasty and strict.
All my frustrations, which had accumulated over the years, disappeared in mere weeks. So many men wanted to be dominated by women. How was I to know how much I would like it?
In the hallway, I stood in front of the mirror and ran my fingers through my hair. For a moment, I didn’t recognize myself. The sexy black latex catsuit fit like a dream, hugging my body closely and stretching across my ass and breasts. My nipples poked out visibly. It looked gorgeous, even if it had cost me a small fortune.
I turned away from the mirror and stepped toward the dungeon where my client was waiting.
“Luxemburg royalty.” Those had been Madame Diamond’s words.
I opened the door, and a cute, fit man in his thirties was standing before me. Green eyes looked out from beneath tousled black hair that fell across his forehead. The tattoos on his arms were beautiful, and his jeans looked expensive and fit snugly. I thought I had the best job on earth.
He had the look of confidence, the look of a man who knew what he wanted and went after it.
He paid me first, as was customary. When I saw what he was checking off on the menu, my smile slinked away: “mummification” and “erotic asphyxiation.”
Suddenly, I felt anxious. Daunted. I’d never done that before. Erotic asphyxiation is potentially lethal. Now, this man trusted me, a complete stranger, not to suffocate him accidentally. Thank God Diamond was in the house. I excused myself and went to consult her.
Some dominatrix I was …
“Take it one step at a time,” Diamond said. “Let him inhale, then sit on him and cover his mouth firmly with your crotch. When he feels the urge to breathe he will start pushing his head against you. Count to five seconds and give him a breather. He will feel asphyxiated, but not for long. Repeat. It takes a bit of practice … and confidence.”
“Thanks, you are my lifesaver,” I replied.
And his.
“You have it in you. Not everyone has that. Good luck.”
Count to five. Count to five. I repeated this mantra several times in my head as I returned to the dungeon. An involuntary shiver ran through me, goose bumps rising on my arms as I entered it.
“Slave,” I said, my voice echoing against the walls as I took two steps toward my client. “Disrobe at once and sit on the bed!” I ordered, fully in character.
He enthusiastically undressed, crawling to the foot of the canopied bed. I walked toward him, reached for the roll of industrial plastic wrap, and mummified the client, wrapping his head, face, and upper body several times, leaving an opening for his eyes. With the bandage scissors, I made a small incision in the plastic wrap so he could breathe through his mouth, then made him lie on the bed. His eyes were closed. I saw an erection starting, and he already was out of breath.
For some reason I was a bit short of breath myself. I wrapped the rest of him, arms and legs close to his body, like a mummy. I left an opening for his cock, reached down and caressed it, wrapping my hand around his girth. It responded instantly, rudely.
He couldn’t move at all. I cursed myself inwardly for having come to Switzerland. I knew nothing about the man I was about to choke, and I could accidentally kill him. The uncertainty was galling.
“Breathe, slave,” I ordered, and he inhaled deeply. Quickly, I straddled his head. With my latex-clad crotch on his mouth, I pinned his head down.
I watched his eyes bulge while he struggled underneath me. He tried to shake his head. As he fought to breathe, I pushed down harder and started to count.
One … Everything around me faded away. It was as if I couldn’t breathe.
Two … I watched the life slowly being sucked out of him. He shook his head a little weaker now.
Three … I couldn’t feel any movement underneath.
Four … I saw him hanging on the edge of life and looked into his eyes. I saw something there, and I knew he would never forget me. He knew it too, and he returned my gaze. At that moment, I saw a spirit in those eyes. You couldn’t get any closer to another person than that.
Five …
I instantly lifted my weight off him, and he started panting heavily, recovering from my assault. His lips curled into a smile from his post-asphyxiation high.
“More,” he begged, his body trembling under mine.
His erection was impossibly taut. It really was the hardest I’d ever witnessed in my life. I was extremely wet. Thankfully the black latex on my body kept secrets rather well.
For the next hour, I repeated the process. When he’d had enough, I reached for his erection, and he came, hugely, cum pumping out and staining the plastic wrap, his breath strained.
I had barely even touched him before he came to orgasm. He looked grateful. I didn’t know why he liked being choked, but it didn’t bother me. I found erotic asphyxiation a bit unusual, but if he was happy, I was happy.

Lady Crescent was once a submissive woman, acutely aware of her sexuality and always on the lookout for adventure. When she travels to Switzerland, however, this sensual Greek-American goddess discovers the Maison de Sade and realizes being submissive might not be her ultimate fantasy after all.

Soon, she turns from submissive to straight up dom. Powerful men submit to her every whim, her every desire, for their pleasure--and, she discovers, hers. She will become commanding and self-assured, fulfilling a new role in the world of sex, but only if she first lets go of fear and embraces the passions of her true self.