Rebecca…the Ghost of the Cloudcroft Lodge 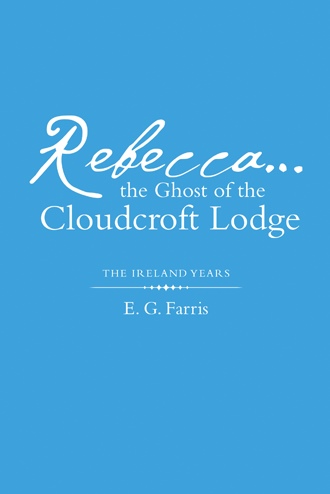 Rebecca, a beautiful Irish lass with swirls of red curls framing her small face and large captivating blue eyes, the color of the sea, has been found out. She has committed treason...treason against her father, against her home Connemara...and maybe even against all of Ireland. Her crime is falling in love with Jonathan, a man from America who along with his friend Pierce are considered to be British spies and murderers.

With the help of her brother, Father Ryan McEagan, Rebecca must prove they are not British spies. In truth, they have been helping the IRB-Irish Republican Brothers-fight against the British Army. Rebecca and Jonathan’s lives are in constant danger, but once Jonathan makes plans to leave Ireland, Rebecca vows to remain by his side.

With or without her father’s blessings she plans to sail with Jonathan to America, to this newly created state of New Mexico, riding the train straight up to the Cloudcroft Lodge, his place above the clouds where he and Rebecca will marry. But will it end in happily ever after or in doomed death and eternity of haunting shadows?

Esther G. Farris, a graduate from Alamogordo High School in Alamogordo, New Mexico, with a Bachelor of Science degree in Political Science from New Mexico State University in Las Cruces, New Mexico, and a Masters of Library Science from the University of Denver in Denver, Colorado. She lived in Al-Khobar, Saudi Arabia for twelve years and was a free lance journalist for three Arab newspapers, the Arab News, the Saudi Gazette, and the Riyadh Daily which enabled her to cover the Persian Gulf War in 1990. She was the first woman to receive a press card from an Arab newspaper. She also had her own weekly children’s column dedicated to expatriates informing them about their new home in the Kingdom of Saudi Arabia. She now lives on a small farm, La Sombra, in La Luz, New Mexico with her rescue animals.