The Tales of Chavez, Part One 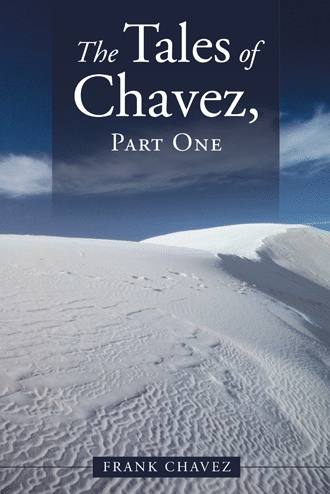 Frank Chavez, who was born in Tularosa, grew up listening to the stories of his beloved grandmother, Louisa. As she relayed fascinating tales about her father Jose Chavez-one of two regulators who was not gunned down by the law back in those days. The other being Billy Bonnie. Frank learned the art of storytelling and how each tale held the power to keep his spirited relatives alive for future generations. As Frank leads others through these stories, he provides a glimpse back into a time when securing the proper trade at the general store could be a matter of life or death for a loved one. In his diverse collection, Chavez retells compelling tales of his great-grandfather’s relentless search for his spirit guide, his trading adventures, his experiences during the bloody slaughter at the Dragoon, and his friendship with Billy the Kid- the one the law attempted to kill but never could. The Tales of Chavez, Part One shares a collection of stories that highlight the adventures of one man’s ancestor as he attempted to make his mark on the world and learned that there are consequences for every decision.

Born November 23, 1963, at 12:04 a.m. The very day after President Kennedy was killed. In fact, his mother says it was the news of the assassination that sent her into labor on the 22nd, while she was sitting there having a soda at the café with her sister, Helen, which sent her into labor!

His parents lived in Alamogordo. Theirs is a long love and hate story.

On his mother’s side, both of his great grandfathers had fought each other in The Battle of Round Mountain near Mescalero, as scribed into the annals of the Catholic Church at Tularosa.

His father served honorably in Korea, making four jumps with the U.S. Army Airborne. Each time fighting his way back below the 38th Parallel.