Survival of the Blood 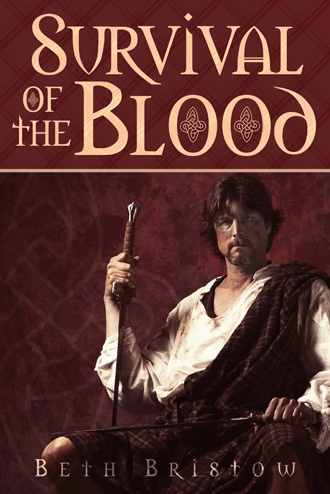 Two creatures, perch on a crumbling boulder at the top of a rocky Highland Glen. If seen by mortal eyes, they would appear to be large birds or wild animals waiting for prey to weaken, fall and die.

One of the creatures is a demonic spirit known as "The Dark One". He constructs well-disguised traps for mortals to capture them in a baited net of lies and deceit. The rewards are irresistible; power, money and pleasure beyond belief. Even though his prey will suffer excruciating mental and physical pain, the desire for more keeps them trapped in the mire. What will it take to be released? Death seems to be the answer, but, as we shall see, it is not.

The Dark One’s Master, known as ‘De’il’, or ‘His Most Evil One’, abhors humans. He had no part in their creation and resented the event from the very beginning; so much so that his blazing hatred became the unending fires of Hell. The following Scottish poem, likely written by one who knows, is a fitting description. Be warned!

There's a De'il in every mouthful of whisky

The second creature is known as "Death". He greets newly separated souls immediately after expiration of the mortal body. His task is to prepare the soul for the arrival of an escort who will take the soul to its final destination. Neither "The Dark One", nor "Death" will be visible until the moment of dying, and then, depending upon previously made choices of the newly deceased human, first Death, then one of two other beings will be visible as the soul begins the final passing process.

Another being who might participate in the dying experience is loving and rejoices not in the death of humans, but rather in the well-being of their souls. When one of His perishes, "Elight", a compassionate spirit of great beauty, arrives to claim the newly separated soul and the healing of the spiritual body and mind begins in that precise moment.

As a cold, drizzly, new day dawned in Scotland on April 16, 1746, a long line of weary, hungry Highlanders stumbled across the soggy marshland of Culloden's moor, located to the east of Inverness. Just a few hours later, over 1,000 of those Highlanders lay dead on Culloden's battlefield. These men, standing together by clan, bravely fought to their deaths. They did not choose to be there, fealty to their Clan Chieftains demanded that they do so or face banishment from the clan. Only a few carried muskets, rifles or pistols, the majority carried broadswords, dirks, even pitchforks. Their enemy, King George II's Royal Army, was well-fed, rested and well armed, carrying rifles with fixed bayonets and pistols. After it was over, the King's Soldiers searched among the bodies for signs of life, bayoneting and killing the wounded, while mounted Dragoons took swords to fleeing survivors. The number of Highlander dead increased until there were only a few left to take as prisoners.

The Battle of Culloden had the distinction of being acclaimed in history as the last battle ever to be fought on British soil; it was also the final chapter in the attempt by Prince Charles Edward Stuart to recapture the crown for the Stuart dynasty, a crown that his grandfather, King James II of England and Scotland lost when he was deposed and banished from the British Isles in 1689.

This historic Battle is still spoken of at gatherings all over the world. Always, the puzzling question is asked, “Why did the Highlanders go into battle hungry, weary, virtually unarmed and on a battlefield completely unsuitable for them?" Survival of the Blood introduces two men, the first, John O'Sullivan, a trusted friend of Prince Charles Edward Stuart, and the other, his cousin, a General in the King’s Royal Army. Together they form an agreement that will have a far-reaching effect on history, even in the United States of America. While the agreement is arguable, it provides a plausible answer to that puzzling question.

The Battle of Culloden was a small, insignificant skirmish by World War standards, but it profoundly affected the thousands of Scottish men, women and children who were forced to leave their homeland. Many of them came to the American colonies where they became patriots and were, once again, called upon to fight against the King’s Royal Army in the American Revolutionary War. They well remembered that bitterly cold day, April 16, 1746 on a far away moor in Scotland... this time, they were prepared!

Charles Stuart came to Scotland seeking support to dethrone England’s King George II and replace him with his father, James Stuart. If the Highlanders will join his uprising, his promise to them is freedom from English tyranny, as well as guns, artillery and provisions for the battle. However, when the Battle of Culloden began, weary Highlanders had no weapons or food. They faced the King’s British Army who were trained, armed and ready for battle. Those Highlanders who were not killed were taken prisoner.

Janet Cameron’s husband Ewan, captured by British soldiers has died. Janet, unaware of his death, desperately searches for him. Barely escaping capture themselves, Janet and her six-year old nephew, Daniel Cameron, must return to the ruins of their Highland home where the family’s inheritance is hidden.

Janet fears Daniel is the last surviving male of the Highland Cameron Clan. Their trip will be a perilous one as the King’s son, The Duke of Cumberland, called “The Butcher” has given orders to find and kill all Highlanders. Thousands of the King’s soldiers, determined to find and capture Charles Edward Stuart, are searching the Highlands. Janet must return home to uncover what is rightfully hers in order to survive and protect the dying Cameron Highlander line.

When Beth discovered she had Clan Cameron ancestors, it was natural for her to seek more information about them. After many trips to Scotland, she says the most memorable thing was when she first saw the misty mountains and glens of the Highlands. It felt as if she had returned home and she feels the same every time she returns to Scotland.

Beth has written several articles and short stories about English and Scottish history. Survival of the Blood is her first book. Beth is a certified family counselor and resides in southern Missouri with her Scottish bag-pipe playing husband and two dogs, Tam O’Shanter and Millie.