Home Is Where the Hell Is 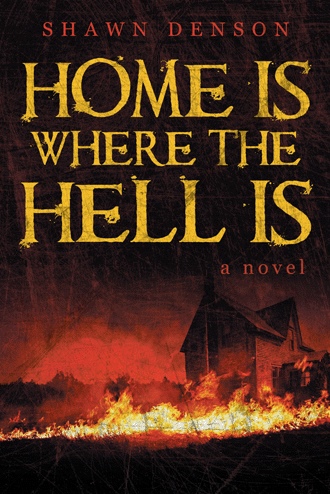 Special Agent David Roberts was a senior field agent for the highest branch of law enforcement in the United States of America, and his life was in mortal danger.

He never once feared for his well being, however. Struggling with the sick bastard underneath him, Roberts wondered how this man was going to enjoy having a second asshole for the rest of his short time on planet Earth. Roberts himself was going to be the man who gave him that orifice.

Separated from his partner and best friend by a combination of gunfire and sheer dumb luck, he was forced to arrest the perpetrator himself. The suspect --a very large and muscular black man identified as one Jerome Harris-- had been behind the door when Roberts entered the room, obviously distracted by the bloody, screaming blonde woman in the corner. He pounced on Roberts as he entered, knocking him to the floor. Roberts' sidearm flew from his hand, clattering on the wooden floor. The air whooshed out of his body in a huff. He felt the strength of a large man above him. This man tried to crush Roberts. To bend him, making him scream in pain.

Roberts' training in Quantico had won the day, however. He turned the tables on the perp, wrestling him to an even position. Working his body, he had him where he wanted him. A skilled thrust to the throat had given Roberts the advantage. Despite losing his air the man wasn't done-- even as Roberts worked his large arms. Stomach down on the wooden floor --he flopped and wriggled, like a fish on the bank of a river.

The suspect, Roberts noticed, was trying to get to his sidearm. He wants to use my own gun on me, Roberts thought. That motherfucker!

Roberts then realized that the man had the radio on. He could hear the catchy little jingle over the screams of the victim, as the local news started.

“And, in breaking news,” said the female news anchor. “It's just been confirmed to us that Barack Obama has been elected as President of the United States.”

Congrats, Mr. President, Roberts thought. Now maybe you could skip the speeches and help me with this huge son of a bitch.

Despite the pain and stiffness settling into his muscles, Roberts let out a large, nearly donkey-like yelp of laughter at this thought. The man under him stopped struggling immediately and cocked his head to the left. Roberts could make eye contact with him for the first time. The one dark eye Roberts could see looked furious. In the corner of the room sat the next intended victim, a woman with her pale red dress sliced open, covered in blood. Her hair was tacky with it, several of her wounds still pulsed claret. Her blue eyes were wide with fear.

“Are you kidding me?” Harris snarled. “You think this is fun, you honky cop asshole?”

The man beneath him had relaxed his muscles to speak. Roberts poised his, ready for this to be over. He leaned down and spoke in the man's ear. His voice was mild, calm, yet with an edge. He felt the man below him break out in gooseflesh.

“No, but this is going to be,” said Roberts.

Roberts sprang himself over the man and scooped his sidearm. His body rolled on the wooden floor. Pulling himself up and turning quickly, he pulled a bead on the perpetrator and fired. He hit the suspect in the right thigh as he was up to one knee. Big or not, muscular or not, the man was in no way bulletproof.

Harris went down in a mound of agony, howling and falling on his back. Roberts heard multiple popping noises issue from the left knee. Estimating that the man probably tore at least two of his tendons in the joint, Roberts converged on the suspect.

Roberts cuffed him and read him his Miranda rights. He could hear the sirens then; Roberts found them to be music to his ears. The suspect was on the floor, on his stomach, hands cuffed behind his back. Over the sirens and the diminishing screaming of the blonde woman in the corner, Roberts could hear the radio. The President-elect's voice issued from the speakers.

Obama's voice was warm, sunny, filled with good cheer. “We are, and always will be, the United States of America.”

Harris looked up at Roberts; his eyes filled with malice. Roberts returned the suspect's malevolence with benign indifference. The sirens were very close now, their wailing filling the air. He estimated that he and the suspect –not to mention the next would-be victim-- would have company in less than two minutes. All Roberts wanted at that moment was a tall, stiff drink and a cigarette. And he would have them too, once all the formalities and loose ends were nice and tied up.

Roberts looked at the man, his dark eyes mild. “You're the one who murdered eleven innocent people. Not me.” He nodded at the woman in the corner. “Nearly twelve. But you're never going to harm another innocent soul. You just bought yourself a first class ticket to the lethal injection chamber.”

Ignoring the screaming of the aches and pains in his body, Roberts quickly got to his feet and went to the corner of the room. He knelt down and cupped the woman's chin in his right hand, gently. Her eyes were wide as she trembled from pure, raw, extreme fear.

He got nothing else out as the woman rushed to him as she stood and hugged him, smearing her life force all over him, ruining his suit. She held him closely, whispering and whimpering in his ear.

Roberts held her gently, saying nothing. His handsome face was as cold and set as stone.

Special Agent David Roberts is a top FBI profiler, focusing on violent offenders. His professional life is extraordinarily successful--but his personal life is in tatters. At the end of a difficult case, he finds himself with a unique opportunity: the chance to revisit his past and make up for the mistakes of youth.

Twenty years earlier, David was an awkward and bullied teenager living in a small Arkansas town called Grayson and suffering from unrequited love. Now, when a string of grisly and horrific homicides hits Grayson, David is ordered--against his will--to return to his hated hometown and investigate the crimes. As he searches for the killer, he encounters former schoolmates and peers, as well as Emily Anderson, the object of his teenage love, a woman he has never forgotten. David and Emily connect, and he begins to see that empathy and compassion should overcome the bitterness that has lived in his heart for so many years. But then the killer strikes much closer to home, leaving David not only questioning his career, choices and life, but also fearing for the lives of those he loves.

In this thriller, a gifted but flawed FBI agent faces the demons of his past while searching for a serial killer at large in his hometown.

Shawn Denson is a divorced father of three who, when visiting his hometown, always makes sure no murders have taken place recently. This is his first novel. He lives in a small town in Ohio and is currently hard at work on his second novel.