We Never Knew It

We Made it a Better World 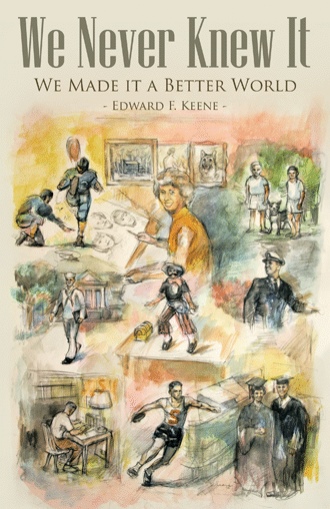 Tom Brokaw ended up calling us the greatest generation, but we never knew it. We lived like any other generation with its up and downs, its wonders and disasters, its ecstasies and agonies.. We lived through a major depression and a global world war. We saw the beginning of television, computers, portable phones,worldwide travel and the atomic bomb. We saw the conquering of infantile paralysis and scarlet fever and great strides in conquering cancer.

As we look back through history and wonder what period of time was the best to be alive, I believe most of our generation would say the time we were actually here. Of course through all of time there were great moments and events. My grandfather was born in 1856. He maybe saw Abraham Lincoln and he lived through the Civil War. My mother was born in 1890 and saw the invention of the automobiles, the airplane, radios, television, and many of the things I als oexperienced. She died in 1968 having lived a full and active life. I was born on Valentines Day of 1928 in time to welcome in the Great Depression.

Looking back I couldn’t have picked a better time for me.

This is the story of one who tried to do that.

Author Edward F. Keene was born in 1928, just in time to welcome the Great Depression. His life experiences encompass drastic change in the world and remarkable personal circumstances as well.

Although this book is an autobiography,it reads like a novel with romance and heartbreak, success and failure, murder and closure. Everything written in this book is true and happened as it is described. Nothing is added or changed.

In We Never Knew It, Keene recalls his childhood and young adulthood, describing his efforts to overcome a tragedy that occurred in his early teens and make this world a better place to live in. He paints a vivid picture of life in the thirties and forties, with recollections that feature World War II and its end from the perspective of a boy on the home front. In 1946, although the war was over, the eighteen-year-old Keene found himself eligible for the still-active draft. He elected to enlist in the navy for two years, after which he went to college and met the woman he would marry.

Upon retirement at age 60, I was presented a portrait of myself painted by my son Don. The medallion attached read - Dad: Our Eternal Gratitude - Douglas Donald Peter Marsha Gretchen. What more could a father ask? It came a few months later. A portrait of my wife also painted by Don. These are my two most treasured possessions.