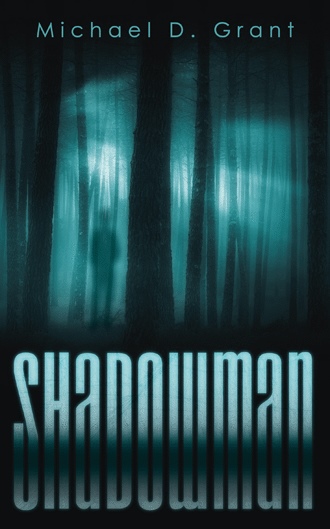 The blast of the shotgun was deafening. The rest was quiet work. A pushing, driving, movement of hands to finish what had to be done. And then the mowing. He’d waited two weeks and the smell of rain, not far off, was in the breeze. Weeds would take over if he wasn’t careful. Weeds were a tell. One couldn’t abide weeds.

He smiled as the police arrived. The handcuffs were a curiosity. It was a strange day. A very strange day. Neighbors standing in their yards, looking his way. He wanted to wave, but he was wearing handcuffs. A strange day.

He was urged, head bowed, through the rear door of the cruiser. Stretching up and back, the view through the rear glass showed his house growing smaller with distance. Trees shimmered their goodbyes as the first raindrops fell. He’d have to tell his students about the trees, let them write a poem. A good assignment for Sophomore English. They’d do him proud. Everything would change for the better.

Samuel McFarland High School lies in the exact center of Brettinger Township. Brettinger is in the southwest corner of Rayburn County. Rayburn County is in Tennessee. It occupies several hundred square miles of wooded hills between Chattanooga and Knoxville.

Brettinger was slow to see changes as the millennium approached. In 1979 modern traffic lights were installed replacing ones on which the green light stayed green all the way through the amber cycle and went out only when the light cycled to red. The reason for that change may have been the twelve-car pileup. Four people died as a caravan of vacationing out-of-towners, making a rapid escape from Brettinger, didn’t take notice of the subtle transformation from green past amber and ended up running the red light.

The sheriff’s department started driving supercharged white Trans-Ams in 1980. Drivers learned to check their rearview mirrors for tailgating “ghosts”; sheriff’s deputies do love their games. But the sheriff’s department changed back to the standard issue Monte Carlo’s a year later after two deputies died on County Line Road. It was the curve that did it. Dead man’s curve. Or, as some of the locals started calling it, Dead Deputy’s curve.

Accidents involving local cops drag racing don’t get press in a small town, and the reason for the change – even the fact that there had ever been cops driving white Trans-Ams – was forgotten by 1984.

The industrial complex, built in 1960, was scrapped in 1989 to make way for the “tourism district”. Seven hundred blue-collar jobs vanished.

In 1990 the city proposed a tax hike to pipe in water from the Sequatchie River. The local spring dried up they said. Taxpayers grumbled and the city council proposed rezoning a section of the downtown area. The politicians didn’t actually care about creating a historical district; they just needed to turn a few screws. The plan worked, new water mains went in, and they backed the screws off. Politicians love their games too.

The older neighborhoods saw their needs neglected in favor of newer subdivisions. Houses boasting three car garages. An in-ground pool was an expected amenity. Neighborhoods for the “better” people.

The murder of Jennifer Edwards deepened the chasm separating the people of Brettinger. It was only the beginning.

Elizabeth Murdock is absolutely in love with the old Edwards home in the small town of Brettinger, Tennessee. As an artist, she is excited to capture the area’s natural beauty through her camera lens. However, Allan Murdock has kept a few minor details from his wife, knowing she would never willingly move into a “murder house.”

The truth about their new, beautiful home goes far beyond what Allan knows, though. Something unnatural has come to Brettinger. A creature lives along the edge of the woods. It is a dark figure, imagined in the twist of branch and bush—a thing of myth, seeking vengeance and using the citizens of Brettinger to exact its final, bloody revenge.

After digitally capturing an odd image on her camera, Elizabeth’s excitement is short-lived, as only the crazy neighbor, Angelina Buscold, will admit to seeing a figure standing among the pines. Angelina saw the same figure when she was just a child and now knows she needs Elizabeth’s help or no one in Brettinger will be saved from the Shadowman.

Michael Grant holds a Bachelor of Arts in English from the University of Tennessee at Chattanooga. He is a Registered Nurse and has worked as a freelancer for the North Georgia Newspaper Group. He lives in North Georgia with his wife Kelly and their Dachshund, Romey. Shadowman is his first novel.