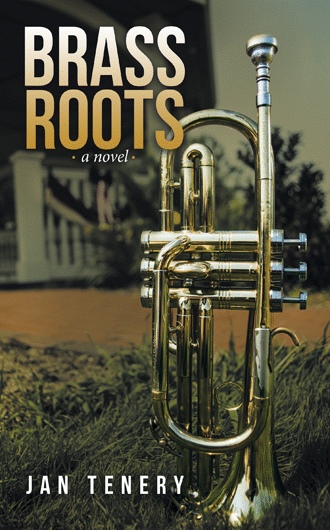 Jeffrey was flat-out booked up. Absolutely nothing, not the smallest obligation, task, or favor, could be shoehorned into his schedule—not even if it were sideways and holding its breath.

Far from being uncharitable, Jeffrey had started his day as he started many winter days there in Baxter, Maine: by shoveling snow from the sidewalks of several neighbors who, because of age or infirmity, were happy to have the voluntary assistance of a big, strong Maine boy. Then he jogged to the college for his morning classes, worked on his thesis for the master’s degree in music he was pursuing, practiced his trombone, and by way of telephone, convinced his eighty-three-year-old landlord, Bob, to delay pruning a huge maple tree in the front yard until later that afternoon, when Jeffrey could be there to hold the ladder.

Now, with the college band waiting for him to lead their rehearsal, Jeffrey grabbed his conductor’s baton and music folder and was making good progress toward the band room when one of the undergraduates stopped him and said, “Mr. Bowden, there’s someone waiting to see you in the band director’s office.”

“Tell them they’ll have to come back another time,” Jeffrey said brusquely. “I’m busy right now.”

But the messenger was also in a hurry. With an apologetic wave, he disappeared into a classroom, leaving Jeffrey alone in the hallway with his dilemma.

For a moment, he stood there: a six-and-a-half-foot tower of indecision. Compared to his imposing physique, his face appeared small and was flared slightly at the jaw, looking like the rim of a church bell seen from far below. The cherubic innocence of his blond curls was overshadowed by his heavy eyebrows, a feature which he sometimes used to his advantage on the conductor’s podium, along with his tendency to glower.

The tapered end of the baton in his hand wavered like a compass needle seeking true north. From the band rehearsal room, just ahead and to his right, came the dissonant chorus of instruments being brought into tune. The mewling reeds and bellowing horns sounded like a needy flock calling for its shepherd. Directly across the hall, behind the door marked “Band Director,” waited Jeffrey’s visitor.

Suddenly he saw the obvious solution. Rehearsal would take a full hour; he could dispense with his visitor in less than a minute. Taking strides that would make the college basketball coach cry for the loss, he headed for the band director’s office and flung open the door, ushering in a wave of blaring trumpets and thundering timpani coming from the band rehearsal room behind him.

His visitor, a young woman in a waitress uniform, jumped off her seat, perhaps thinking that Armageddon was under way and being led by archangels in Brooks Brothers shirts.

Jeffrey silently chastised himself for his rude entrance, then offered an apology and a formal introduction. As a way of indicating that this meeting would be short, he remained standing in the doorway with his hand on the doorknob.

The woman sat down again but continued to look up at him with amazement. To her credit, she didn’t ask him if he played basketball, as nearly everyone else did. “I’m looking for someone to tutor my son in music,” she said. “My friend’s daughter plays in the college band, and she says you’re a good instructor. Could you give lessons to my son in our home? The Baxter public schools have been cutting their arts programs because they’re out of money, and now they don’t offer music at all.”

Jeffrey knew, even without looking at his schedule, that he couldn’t possibly take on a tutoring assignment. Instead of flatly refusing the woman’s request, however, he sought to cushion the blow. “Believe me,” he said sincerely, “I’m as concerned as you are about the lack of music education in Baxter. We’re already seeing the effect of it here at the college. Many of our incoming freshmen are terribly deficient in the basic skills. That’s partly why the college hired me as assistant band director, even though I’m still a grad student.” Jeffrey also was performing this function at fractional wages for the financially ailing institution, but his visitor didn’t need to know that.

“Here’s my main concern,” the mom said. “Music is something my son really cares about, and I’m hoping that lessons and regular practice sessions on his own will keep him out of trouble. In this town, there’s not much for an eleven-year-old boy to do after school.” Looking down in embarrassment, she smoothed the front of her apron and said, “I can’t afford a babysitter, and I’m afraid my boy is going to fall in with a gang. There’s a lot of that going on in our neighborhood.”

Jeffrey knew about this aspect of civic impoverishment, too. During his freshman year at Baxter College, he’d had his car stolen by a gang of armed teenagers. Being relegated to full-time pedestrian status had given him direct experience with the far-reaching effects of the economic ice age gripping the central-Maine city. Every alcove and alley held the makeshift encampments of homeless people. Nearly everywhere, vandalism and the scrawl of graffiti stood as a vivid reminder of the city’s idle, misdirected youth. In the downtown area, formerly successful businesses had closed. In their place had risen an array of public assistance outlets, which drew throngs of desperate people who often fought each other for a better place in line. Jeffrey truly sympathized with the young mother before him. He couldn’t imagine raising a child in such a place as Baxter.

Yet he knew that dwelling upon the woman’s plight would only weaken his resolve. Meanwhile, his musicians were waiting. Their concert was coming up soon, and they were far from ready. “I am well aware of the gang activity in this city,” he said, glowering a little, “but you must understand that I’m a full-time student here. I also have several part-time jobs, and I do a lot of volunteer work in my neighborhood. My time is extremely limited.” He paused to let the facts of his position make themselves plain. Just as he was about to state the logical conclusion, his brain was roughly elbowed aside by his heart. “How would Monday work for you?” he asked earnestly.

“I couldn’t just send her away without doing something to help,” Jeffrey told Bob later that afternoon as together they addressed the problem of the maple tree. A succession of winter storms had broken many of its limbs, one of which hung precariously over the entryway of the house.

With his stubby legs set in a wide stance, Bob studied the tangle of branches overhead and carefully guided his extension ladder into position. He was dressed in his usual winter armor of wool and corduroy, augmented with work boots and safety goggles. An electric chain saw hung from a loop on his belt. “How did you manage to fit her into your schedule?” he asked. “Are you keeping your calendar on an accordion these days?”

“I juggled a few things around,” Jeffrey replied. “It’s only for a few sessions, long enough for me to teach the boy the basics.” He steadied the ladder while the white-haired octogenarian started up the rungs. In his five years of lodging with Bob Cherry, Jeffrey had learned not to underestimate his landlord’s capabilities. Though long past the typical retirement age, Bob still worked as a freelance accountant and maintained the big two-story house where he and his late wife had raised their four children. Additionally, Bob built intricate wooden puzzles from his own designs and played tuba with the Baxter Band, an ensemble of amateur musicians who presented concerts in the park during the summer. Jeffrey thought of him as a snowcapped cannonball too busy barreling through life to bother with getting old.

“That was smart thinking on your part,” Bob declared, climbing steadily into the tree.

Grad student Jeffrey Bowden wants out of Baxter, Maine, a city gripped in financial and moral decline. As a gifted musician with high ambitions, Jeffrey is reluctantly working as the local college’s assistant band director—all while counting down the days until he can leave Baxter and establish his career someplace with more promise. Then, renowned philanthropist Andrew Quigley comes to town and makes Jeffrey an offer he cannot refuse: a full-time directorship in Hawaii.

Jeffrey is soon ushered into a spectacular life in paradise, where he and Quigley begin to develop the symphony Jeffrey is to lead. But when Quigley’s wife absconds with the funds bankrolling the venture, Jeffrey’s dream career suddenly collapses, forcing his return to Baxter to lead the municipal band. Now an employee of the city, Jeffrey gets an insider’s look at the corruption underlying Baxter’s problems. He mounts a grassroots effort against the mayor’s harmful practices, and in doing so, sparks a revival of hope among his fellow citizens. But as Quigley reappears with an astonishing accusation, Jeffrey realizes that his passion for righting wrongs has put both his reputation and his life at stake.

Brass Roots is the inspiring and humorous tale about a natural leader in search of his true destiny.

Jan Tenery has been a supporter of community bands since she lived in Maine. Her love for their music ultimately led her to Arizona where her new husband, a retired band director, taught her to play percussion. Jan has performed with several ensembles in Yuma and Oracle. Brass Roots is her first novel.