How To Game People Without Even Trying 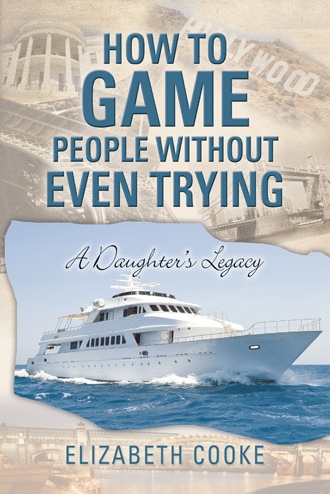 “How to Game People Without Even Trying” is a fictional story, inspired by real persons and events that transpired in the 1970s, involving the two-week period prior to the death of Saul Mammon. The personality and modus vivendi, in this tale, are genuine depictions of a very real man.

He was once a young boy in New York, born to a modest family, with dreams of climbing the gilded ladder to riches and fame. He achieves all this and more with direct connection to leaders not only in the United States but also in the Soviet Union, Paris, and beyond. His only daughter, Sara, watches from the sidelines as her father inches ever closer to the world of power and deceit.

Saul’s brilliance and dark side eventually lead to his mysterious death and a rapid cover-up. Perhaps it was inevitable that such an ambitious man would fall, but Sara is haunted by questions, most of which will never be answered. Based on a true story, the rise and fall of Saul Mammon shows what happens when ambition turns malicious and when money is never enough.

Elizabeth Cooke is a New Yorker, born and bred. She is a graduate of Brearley School, Vassar College, and The Sorbonne. Her memoir is called Life Savors, and she has written several books since, including a series about the Hotel Marcel in Paris, the first of which, There’s a Small Hotel, won for general fiction at the Paris Book Festival in 2015.