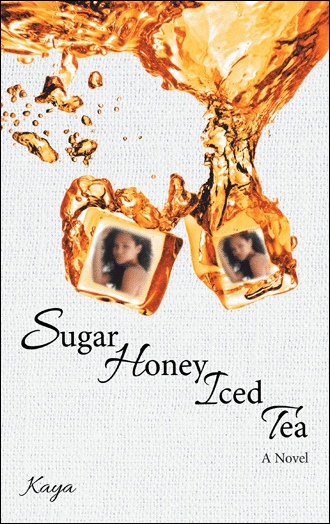 Evan watched her, "Excuse me?" he asked.

He smiled slightly, "What did you think?" he asked, curious.

She looked into his eyes again and felt another chill, looking away immediately. This man was dangerous. Even though she now knew that his seeming abhorrence was not directly related to her, she also now felt her attraction beginning to build as she was in closer proximity to Evan and had the opportunity to take all of him in. She knew nothing of him besides his elaborate patient history and her assumptions based off of his previous behavior. Her attraction was purely physical. But, she knew that if he indeed turned out to be a charming man, mixing it with his looks would be a battle to conquer.

They stared at one another for a short moment in silence and Leilani could feel her heart pounding through her chest. She had never really looked at a man of his race and had one look back at her in return on a head on gaze. Typically it was quick looks, not what they were sharing at this moment. She didn't know if it was just the color of his eyes or the seriousness of his expression. Either way, it was intense.

She broke their gaze and let out a deep breath, not realizing that she wasn't breathing for that small amount of time. She shifted in her seat, aiming to shake her emotions. She was just upset from her argument with Darnell earlier that night and her loneliness was being transferred to the attention she was now getting from Mr. Evan Worthington. This was nothing more than a patient wanting to clear the stale air between them. He was not interested in her.

Leilani Mathews is a successful California M.D. who has always struggled with her self-image and worth. She’s trapped in a stale marriage with Darnell, who clearly doesn’t appreciate her, but she’s got her best friend Camille’s support through the passionless days. Leilani wonders if it’s worth staying in her marriage, or does she have reason to search for something better?

She meets Evan Worthington and realizes life has more to offer than day-to-day drudgery. Evan is the sexy, passionate lure of something new, and he seems to carry treasures of wit and sensuality on a silver platter—just for her. With Leilani’s self-confidence issues, though, she’s not quite a match for his persistence, but Evan underestimates this enchanting woman.

Leilani still doesn’t understand why someone like Evan would be so drawn to her. Insecurities keep her from giving herself over fully to his embrace, yet she can’t seem to get him off her mind. Evan, meanwhile, has some demons of his own. Will these two find a way to break through the walls that keep them apart—or will they miss their opportunity forever?

Kaya was born and raised in the Midwest, where she lives with her two young sons. She enjoys romantic movies and talking with her friends and family about God, life, and love. When she isn’t busy being a mother and a daydreaming enthusiast, she spends her time working in the renewable energy industry to better our planet.