My Mother, My Mentor

What Grown Children of Working Mothers Want You to Know 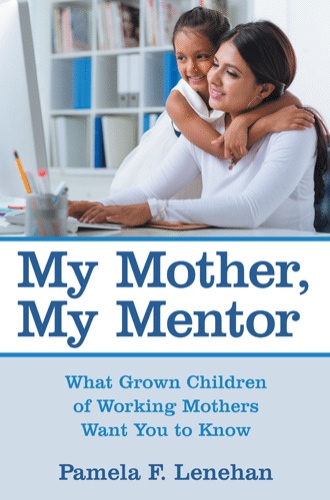 How This Conversation Started

Women who entered the workforce in the 1970s and 1980s did so with high expectations. The women’s movement of the 1960s and 70s had gained strength, and its charismatic leaders told women they could do anything they wanted if they got a good education and worked hard. At that same time there was a generational divide over politics, music, and many other topics. The younger generation listened to rock ‘n roll, grew their hair long, and disagreed with their parents on just about everything. As teenagers and then college students, they wanted to rebel. Society was also changing. Divorce rates, which were 26% in 1960 had jumped to 51% by 1979. (Footnote 1)

Young women compared the excitement of the feminist movement to their mother’s lifestyle and there was no contest. Young women wanted (and felt they needed) to have a career as well as a family. Their mothers were confused by their daughters’ choices. Not many of these mothers could provide specific advice on how to do that since very few had “careers.” If the mothers had worked at all, it was a part-time job or they went to work after their children were grown. Their parents had a “traditional marriage” where the mother stayed at home, and they could not imagine the challenges that awaited their daughters in managing both a career and family life.

I was one of the women who entered the workforce in 1974. Fresh out of college with a BA and MA in economics, newly married, I moved to New York City and started work in the credit training program of The Chase Manhattan Bank. There were no role models. Women before me left when they had children and did not return. When I had my first child five years later, I did not know one other woman at the bank who was a working mother.

Even when other women started to have children and remained in the workforce, we did not talk about our home life. There were no pictures of our children in our offices. No email groups of “working moms” (no email!). No LinkedIn groups of working mothers. No Facebook friends to give us advice. We were each in our own silo, isolated, insecure, and unsupported. The “sisterhood” of the feminist movement did not extend to the office.

Years later, my friend, Anne Szostak, and I began talking about the critical question working mothers of our generation wanted to know. How did the children of this first wave of working women turn out? It was a question that lingered over current working mothers as well. Whenever Anne or I would meet younger working mothers, or women planning families in the future, the one piece of career advice they wanted was how to manage work and family responsibilities.

Along with advice and reassurance, we wanted to give them more than just our own experiences. We wanted information about and from the children of working mothers. We wanted to hear the children’s feedback and perspective on growing up with a mother who had a career outside the home.

Looking for answers, we found very little on the subject. Books were either entirely from the perspective of the mothers or were academic studies of young children. We felt that vital information was missing. We wanted to know: What did the children themselves think of their experiences and how had the working mothers fared? To answer these questions we decided we had to research the subject and then write this book. Our generation has always thought we could do it all.

We decided to talk to other working mothers and their now grown children, which we defined as 23 years or older. We believed that the children of this age would have enough perspective to comment on the impact of a working mother and provide objective evidence of how they had fared.

We started with our own networks, but it was more difficult than we imagined since some women did not have children (at that time there were few medical options if pregnancy did not happen on its own) and others had children later in life who were still teenagers. To get geographic diversity and the age requirement for the children, we reached out to colleagues and friends of friends. In the end 27 families were interviewed, 68 mothers and children. We did not to talk to fathers because the focus was on working mothers and their children.

I thank Anne Szostak for her work in launching this project. Anne’s schedule did not allow her to finish the work on the book but she remained an advisor throughout the process. Thank you, Anne, for your wisdom and encouragement.

The interviews with the mothers and grown children offered stories and advice and provided the inspiration for the questions for an additional tool for our research, an independent online survey. Survey Monkey was chosen for its database of three million potential respondents who participate in return for a donation by the company to charity. Survey Monkey provided completed surveys from more than 1,000 people in order to get a large enough group at both ends of the spectrum: mothers who worked from the time their child was born and mothers who stayed home to raise their children through high school. The only screen was age of the respondents: 23 – 44 years old.

Working mothers put in long hours at work and at home. They worry about the impact their careers and being away from home will have on their children. They want (and need) to know that their children will be OK and it is all worthwhile. If a working mother came from a family where her own mother stayed at home, she may find that she questions herself even more.

This book is not intended to answer the question of whether or not a mother should work outside the home. That decision is left to each woman, and we should support each other’s choices. Every mother is a working woman – some just get paid for work outside the home. This is book is not just for working mothers. Even if you are currently at home with your family, your sister, friend, daughter, or niece may be struggling with the question of whether her work impacts her children.

Note that when discussing the survey results, mothers who work outside the home are referred to as “Working Mothers.” As mentioned earlier, it is a given that mothers who choose to stay at home work hard. It became an issue of semantics: “Employed Mothers” or “Career Mothers” etc. For simplicity and space, the survey results used the labels “Mothers Worked” and “Mothers Stayed at Home” to differentiate. All mothers work. Enough said.

There is no guarantee any child will be as happy and well-adjusted as mothers would like. Every parent knows you can raise two children in exactly the same way and they will still be different. Children have their own personalities and there is something to be said for nature vs. nurture.

Children will be children and parenting has difficult moments whether both parents are employed outside the home or not. Certainly there are challenges inherent in being a working mother and ways to handle those challenges will be addressed throughout each chapter.

The following chapters will look at questions from the survey and delve into the stories from the mothers and now grown children who were interviewed. These narratives illustrate what the children and mothers thought worked well and what working mothers need to pay special attention to as they raise their children.

This book will give working mothers the confidence that they can pursue a career while raising healthy, successful children. In My Mother, My Mentor: What Grown Children of Working Mothers Want You to Know, author Pamela F. Lenehan combines stories and research on children of working mothers. Using interviews and an independent survey, Lenehan delves into the recollections of the mothers and now-grown children to understand what worked well and what issues working mothers need to consider. These narratives also illustrate what the mothers and children thought about the best ways to spend their time together.

In My Mother, My Mentor working mothers and their grown children relate their different views of what success means to them. The data show that the children of working mothers graduate from college, are employed, in committed relationships, have children, and are just as happy as children whose mothers stayed at home.

Useful and informational, My Mother, My Mentor communicates that not only did the children of working mothers survive having a working mother, they thrived in an environment where mothers provided their children a strong work ethic, taught them resilience, and continued as a sounding board long into adulthood.

Pamela F. Lenehan is a board director of three publicly-traded companies and one non-profit. She spent 21 years on Wall Street, becoming one of the first female partners, and was a C-suite executive of a NYSE company and a high-tech start-up. She pursued her career while raising her daughter and son, who now have families of their own.