The Spirit of Crystal River 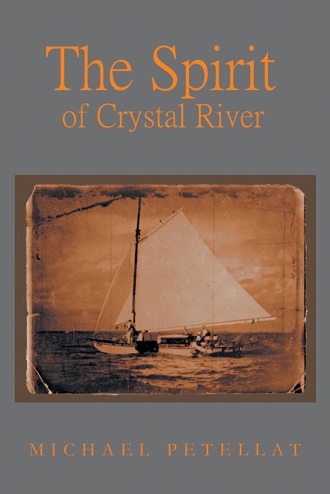 The man spoke as he neared them.

Howdy, I'm Henry Clark. Haven"t seen you before. I do know him,.

and he pointed to Red, "and he's a no good imp that needs to be fed

"Just a second Mr. Clark, this young man works for me. Just what do

"He broke the rudder on my boat. I know it was him! Worked for

half a day and wanted a full days wages. Next day when I got in my

boat, he had tied the rudder to my dock, and left enough slack so

when I set sail, it knocked me out of the boat and stripped my

Captain Jim said, "You paid him and he did that?".

"No, he would not take the quarter I gave him. He got all red faced,

said I was cheating him and stomped off..

Sir, you mean you only gave him a quarter for a half day?.

Red spoke up, I worked a full day..

No doubt the captain had to keep this thing on an even keel, making

sure that Mr. Clark would not turn the community against him and his

•Mr. Clark, I will pay Red's wages and you use the money that is

owed by you to pay for your repairs. Also, Red is working for me

now and we won't be around much, so he will cause you no more

You can have him! Just so you know, I have a new dog and he

Sir, so that you know, Red is a good young man and, if he comes

back here, he will be a just and hard man..

I have said my peace, now I need to sell my fish.. With his hat

pushed down over his ears he turned sail and went toward the fish.

On April 19, 1861, President Lincoln proclaimed a blockade of Southern states that had seceded from the Union. The stage was set for men to use stealth to get wares to Cuba and supplies to the sons of the South. Down in Crystal River, Florida, people do all they can to stay alive, and the businessmen do all they can to make money.

Two businessmen need to transport goods by ship, Captain Jim Blackworth is called. He has a new scow called The Spirit, and he knows his way around the dangerous Florida coast. He claims that, at night, no one will know where he is; the Indians call it the “art of invisibility.” But first, the captain needs a fourth crew member to succeed.

He finds what he’s looking for in a young man named Red who’s tough and self-sufficient. Soon, the captain and his crew set out on the dangerous adventures of the high sea while the Civil War rages back home. Can they avoid detection as they help Crystal River’s good people survive, or will an ocean battle sink The Spirit and her dedicated crew?

Michael Petellat was born in Sarasota, Florida. He loves to hunt, explore the swamps, and fish. He served in the Army and eventually retired from the Clearwater Fire Department. Over the course of his career, he was the first Citrus County Fire Administrator as well as a park ranger at the Crystal River Archaeological State Park.