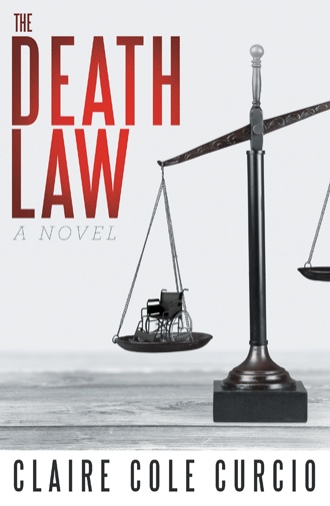 PART ONE – THE BEGINNING

Kill old people to save money? Is that what she’d just heard on the radio?

Julia Sanchez threaded her way through the morning gridlock into the District of Columbia. Vivaldi on the radio had made a soothing counterpoint to the traffic until she heard the news bulletin. In the car’s mirror, Julia was checking the streaks of gray in her short glossy black hair when the announcer interrupted the music. At the age of 58, she was aging gracefully, but should she listen to the television ads and cover up that gray?

She was startled to hear the radio newscaster say, “A bill has just been signed into law. People seventy years or older unable to care for themselves are subject to euthanasia by the government, according to a law signed by the President last night. Americans are expressing shock, anger and disbelief at this new death law. We couldn’t find a legislator willing to comment. Stay tuned for further details on this breaking news.”

What legislation? As Chief of Staff for veteran Congressman Marcus Simms of Florida, Julia kept up with current and proposed legislation. She hadn’t heard anything about this.

She hated her morning commute. The traffic had always been awful but now it was even worse with abandoned construction projects clogging every roadway. Since the budget crisis of the past several months, there was no money to continue the work. Abandoned road-repair machines obstructed traffic on major highways while potholes and out-of-repair stoplights and signs impeded progress on minor roads. The only good part was there was considerably less traffic with much of the government closed down because of the budget situation.

She wheeled into her parking space in the underground caverns of the Sam Rayburn House Office Building and rushed upstairs to her office. Other staffers hurried by, heads down. She wondered if they, too, had heard the news.

Most of Julia’s staff had not yet arrived. Closing the door to her office, she called her most trusted fellow Congressional staffer.

“Did you hear the news this morning?”

“I just did. Do you know what they’re talking about?”

“No,” said Julia. “I can’t think of anything waiting for a signature, other than that big budget and defense bill.”

“Yeah, everyone was so eager to vote, to end the government shutdown,” said Max. “That’s the first true bi-partisan agreement we’ve had in years.”

Julia said, “Oh, God, do you suppose the death language was buried in there somewhere? We were so engrossed with re-election, we probably didn’t read it as well as we should’ve.”

“You might be right. Uh oh, remember that line in a rider about choosing death if you’re sick?”

“Oh, no, Max, remember that human trafficking bill that got through awhile back with the abortion language in it we didn’t notice? I thought we’d learned our lesson after that one. Is this the same thing? How’d they sneak it through both the House and the Senate? That took a lot of conniving!”

A few more phone calls convinced Julia they’d all been caught flat-footed. Nobody knew anything, other than that line about physician-assisted suicide.

The death law, as it was soon called by everyone, was secretly conceived by politicians colluding in both the House and the Senate to reduce the alarming budget deficit and was so well-camouflaged that it surprised almost everyone. The wily politicos inserted a sentence into a budget bill to curtail skyrocketing costs of Medicare, Medicaid, and Social Security. They buried it deep in legislation heavy on defense spending and measures to avoid government shutdown, and the sentence somehow escaped everyone’s notice. The complicit President had signed it into law immediately.

Congressmen not in the know on the death law were horrified at the Monday morning news. Thus began chaos.

Following the Biblical measure of three score and ten, the death law targeted people seventy and older incapable of caring for themselves. The language was convoluted and softened so that people assumed it to be a humanitarian measure intended to alleviate human suffering. The timeline required the death law to take effect in six months.

However, on closer reading, it mandated curtailment of life for those with a disability or afflicted with a terminal or debilitating disease. The growing population of Americans with Alzheimer’s and other dementias was a particular target.

The political climate was a perfect storm for passage of the bill. Slipped into the dense language of a budget/defense bill, timed around ending a government shut-down, slated for a vote when incumbents needed to go home to campaign, the death law went unexamined until too late. No legislator debated end-of-life issues in the well of the House or Senate but plenty advocated the re-opening of the government. However, deep down, especially to younger legislators, the death law made logical, albeit gruesome, economic sense.

The government shutdown had been devastating to the economy. A twenty-first century version of bread lines formed at charity soup kitchens and food pantries. Schools and senior centers ran out of money feeding both ends of the age spectrum. Garbage piled up on the streets and hungry people, some quite well-dressed from their former lives, furtively poked through it trying to find something, anything, still edible.

Crime skyrocketed, especially shoplifting, as desperate adults tried to feed their families. Cutbacks in spending for public safety had dramatically reduced police forces and security guards, and those left operated almost as SWAT teams trying to keep order in the chaotic marketplace. Domestic violence was pandemic as out-of-work men – and a few women – vented their frustration on spouses, partners, children and pets. Mental health and social service agencies had virtually ceased to exist due to loss of funds, and churches struggled to feed the homeless and poor. Illegal aliens thought about going back home but trains, planes, and buses weren’t running dependably anymore.

In short, the country was a mess. Everybody was mad at the government, all parts, all branches, all parties, all legislators, all employees. In retrospect, no wonder Congress had voted hastily late at night on a package that included the death law. The government had to re-open, and a few legislators had been clever enough to slip in some devastating legislation.

In theory, it couldn’t happen. In fact, it had. The battle to save the senior citizens was on. 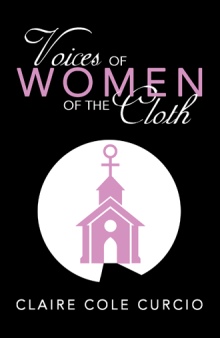 Voices of Women of the Cloth
Claire Cole Curcio
$15.99

In the early decades of the twenty-first century, Congress unexpectedly passes a law stating that citizens over the age of seventy who can no longer care of themselves are subject to euthanasia by the government. When it is signed by the president, the so-called death law—hidden as a rider on legislation related to defense spending and designed to end a government shutdown—the public is appalled.

Julia Sanchez, a veteran congressional staffer in her late fifties, is determined to fight the new law; her parents, Henry and Beatriz, are in their seventies and are in its crosshairs. Along the way, she joins forces with journalist Jake Jordan, who is vigorous and active in his career despite being in his midsixties. As the two work to counteract the law, they find themselves drawn more and more to each other, and Jake gradually becomes involved with Julia’s parents and their caregiver, Hattie. Can their combined efforts overcome the cruelty of the death law?

In this novel, a congressional aide and an investigative journalist struggle against the terrible threat of a law ordering the death of senior citizens no longer able to care for themselves.

“While readers will be charmed by the beautiful story of love and devotion, both familial and romantic, they will also be challenged by the horrifying idea of a society willing to throw out its elderly.”

Claire Cole Curcio is a professor emerita at Virginia Tech, a former English and math teacher and school counselor, and a licensed professional counselor in Virginia. She and her partner, Selby McCash, a fellow writer, live in Fredericksburg, Virginia, and Outer Banks, North Carolina.