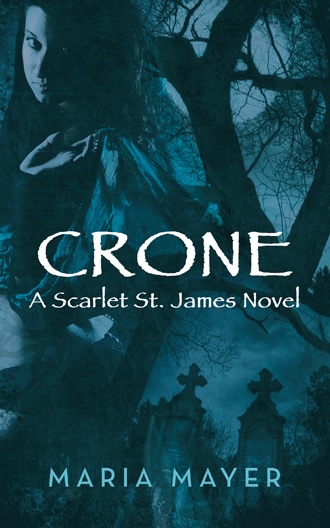 Sins of the Past

In total darkness ant colonies and other insects scamper about, crawling all over the helpless pledge as he lay frightened beneath the cold cemetery ground. Impossibly tight within the confines of the box, he is unable to move his chubby arms and legs more than a few inches. Broken skin pulsates beneath fresh sores infested with newly lain Warble and Flesh fly eggs, itching unbearably just out of reach. Unseen things bite into his salty flesh, drinking the remaining liquid from his eyes, his nose, and the corners of his bloody mouth. The shallow makeshift grave he willing entered as part of the initiation mission, now his death chamber as The Unholy 5 turn and walk away; only one looks back.

Lighting a single, hidden candle made of human fat and a dash of Oil of Devil Woman, the haggard crone risked incurring dire, if not fatal, consequences performing a second summoning. The intricate ritual was so perfectly executed it would have made Bridget Bishop, the mother of all witches, proud. The haggard one may serve her dark oppressor, but the woods belonged to her as she moved among the living. With the burden of hauling around the weathered, unwieldy vessel becoming increasingly difficult, she will invoke her source to plead for restored youth and beauty. Well aware that he could destroy her or torture her in one motion for this, it is a chance she is not willing to take without a bargaining chip. Her son would do nicely.

Within minutes, a maelstrom of intensely hot flames whirled up from the ground. An immense dark figure stood tall, the dirt swirling hard as he emerged out of the mist, moving with natural athletic grace. The Dark One sauntered expressionless toward the seductress he’d once obsessed over, his commanding presence seizing control of the room. Her knees buckled slightly as she locked defiantly on his gaze. Looking past his deceptive calm, Nefaria remembered how dangerous he was. Cagy intellect and experience with every form of evil known to man rendered him insurmountable to all but to God, the Archangels, and the mother of his demon son – the Crone was a worthy adversary who knew him well.

Cold black blood dripped in slimy lines down her face and out her wide staring eyes. She glided toward him, slowly, silently, tilting her head as she hovered several inches above the floor. Moving closer still, eight scalpels uncurled from ragged hands poised to slice deep into the back of his head if given the opportunity. Steely black inch-long nails of his own raked impatiently along the wall leaving deep gauges in the rotting wood as he sensed the witch was toying with him.

Preoccupied with death, the cocky cemetery boys dismissed Hendrix’s warning. Unseen among the sturdy oak’s branches, the prowess hunkered down, waiting with sick anticipation for her chance. The thick limbs creaked and groaned beneath her hefty weight, the sound muffled in the summer storm now gaining in intensity. Having no use for the soul, she craved human blood. “Qidalandirmaq, olum de bes” (Time to feed, there are five), the deadly whisper sizzled off her tongue just loud enough for the demon to hear. Sliding a grotesque withered hand from behind the tattered shroud, four fingers slowly crept along the bumpy coolness of the limb.

Rain mixed with loosened pieces of bark showered down. Uncurling a single, dagger-like nail the hideous crone tapped her bone chilling warning a second time into the night, the eerie sound resonating in between bouts of thunderous racket.

Tap…tap…tap…silence. The third and final warning always given was lost in the explosive blasts that bounced and echoed, reverberating throughout the entire cemetery. Tap…tap…tap…

Sensing they were at their most vulnerable Nefaria unleashed a deafening banshee-like scream, the terrifying sound stopping the blood brothers in their tracks. Cowering and covering their ears at the otherworldly noise, they looked up catching a glimpse of the black figure hiding in the branches. A brilliant flash of lightening followed by a sharp rattle of thunder illuminated the frightful scene. Sheer terror at what could only be described as revolting filled their hearts. The enormous witch with blood streaming out her hardened eyes with too monstrous to comprehend swooped down with amazing speed and ferocity. All they could do was scatter and run for their lives!

On the way to the department, something compelled Scarlet to pull around to the back of the cemetery. Feelings of both déjà vu and nostalgia caused a lump to swell in her throat as she drove the length of fence along Main Street to Union Row, parking behind the old factory now renovated into a giant warehousing unit. Little else had changed in that area. The back forty still bordered the edge of woods said to contain a meat shack filled with remnant body parts of victims to include The Unholy 5. Some swearing on their lives that those brave enough to sit in the middle of the cemetery after midnight risk seeing her terrifying figure moving among the tree tops, or hear bone- chilling cackles echoing in the night. Warning if you hear the heart stopping tapping of the trees, you die.

Stepping up to the split rail fence she could feel the darker, an undeniable negative energy causing her body to tremble, validating the images in the dreams were correct; the victims had been in that very spot. Where she stood, the back of her head tingled and felt as if someone or something was putting a tight squeeze on it. The gifted one slowly turned her eyes toward the woods, afraid to move even an inch. Sinister whispers spoke her name so clearly experts would classify it as a Class “A” EVP had she caught it on the monitor. That was enough for Sunni, she wasn’t equipped for a confrontation just then. It was time to get the hell out as the real challenge was just beginning.

In 1984, five Michigan youths opened a portal with intentions of toying with the dark side. The cold-hearted pack then terrorized, brutalized, and even sacrificed without conscience but ended up missing. Thirty years later, two more teens have disappeared, and Paranormal PI Scarlet St. James is called to investigate.

The town needs answers, and despite the local authorities’ best efforts, no evidence is forthcoming. To find the truth, Scarlet must work with her hunky ex, Sergeant Jack Hawk, and her current boyfriend, forensic biologist Dr. Stone Vargas. As the case picks up pace, so do Scarlet’s nightmares, in which she sees the face of a killer and feels the victims’ pain.

Scarlet comes from a line of seers, so to stop the wicked supernatural force in the darkness, she must use her faith, her powers, and her team to prepare for an inevitable showdown. A monster was set free all those years ago in the Michigan woods--and it will take all Scarlet’s strength to stop a bloodthirsty witch who waits to kill again.

Maria Mayer is a Michigan native. She graduated with honors from Wayne State University’s Mortuary Science program and also earned a minor in biology and several associate degrees. She spent eleven years as a funeral director as well as assisting in autopsies.