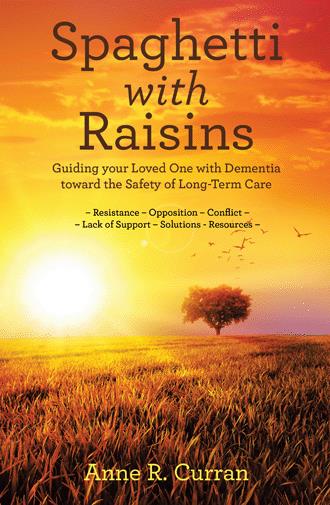 “Remember, you did this to me,” my husband said

“Oh God, please let us get through this,” I prayed as I stood by the cold gurney outside the emergency room. I had no response adequate enough to comfort him or me. The dreaded time had arrived. I had promised myself that after one more fall, one more escape, I would have to readmit him to the nursing home. Just two days before, Peggy, my childhood friend, had said to me, “What are you waiting for? For him to fall down the stairs and break his neck? Do you want to be caring for him in a wheelchair?” It was no exaggeration. He had already fallen several times. Luckily, it was just the last few steps or into a snowbank where we could easily help him get up. I knew I was pushing my luck. It was past the time when he needed to be in a safe place. My nerves were steel and cold, and my heart was melting. I dared not open my mouth to say anything to him. If I did, the floodgates would open, and I would not be able to follow through with this inhumane task.

Of all days for him to be so lucid! Just yesterday morning he was brushing his teeth with Brylcreem despite the fact that I had put the toothpaste next to his toothbrush. We’d had a bad day. He balked at everything. He refused breakfast and wouldn’t allow me to help dress him. He had an undershirt, a T-shirt, and two plaid flannel shirts all tucked into his jeans. He insisted on turning the garden over by hand and hoe, although Jim, the gardener, and his rototiller would be coming shortly. Carmen loved his garden and working in the yard was one of his favorite things to do. I encouraged this and didn’t worry when he overspent on tools and materials that we might never use. In my mind, it was a small price to pay for his daily pleasure and diversion. My concern was that he didn’t know when to stop and would exhaust himself.

I was afraid for his heart. Not long ago, he’d had a triple bypass and a valve resection. But he also had an irregular heartbeat that concerned his physician. His heart was not strong. He persevered through lunchtime while I tried to get him to remove at least one shirt since perspiration was soaking through. He accepted water and sat down for a while. Fortunately, Jim arrived to turn over the rest of the garden.

Carmen ate half a sandwich but refused everything else. I brought his chair to the edge of the garden where he could watch, which was a big mistake because no one could do anything right in his opinion. He’d always had this trait, which now seemed exaggerated because of his dementia.

“Look,” he said while getting up and signaling for Jim to stop. “You’re not doing this right. You’re supposed to be going in the same direction I was. Now you’ve got it all fucked up. Let me do it,” he said as he attempted to take the machine out of Jim’s hands.

Your help is needed.

Stop by for tea and a chat if that is all you can do.

Stop by and let the caregiver go shopping by herself for an hour or two. Oh, how I loved that opportunity!

Stay overnight or a weekend and allow the caregiver a real break to wind down, get a massage or stay in a motel alone where she can sleep as late as she needs to next morning.

Families, plan together. Make a casserole dish to help your beloved mother or father so that they don’t have to cook once or twice a week.

Invite your loved one and their caregiver to your home for lunch or supper for as long as they are able to visit.

If you are adept at paperwork, help the caregiver sort through the quagmire of forms they have to deal with.

Assist them in looking for long-term care so they don’t have to take the whole burden on alone.

Sometimes it is only one daughter or son helping out. They need a break too. Extended family, be aware and help out where you can.

Anne R. Curran earned a bachelor of arts in psychology and sociology from the University of Massachusetts Dartmouth. She spent more than forty years serving youth (in education, employment, and as a child investigator). She has also served adults and seniors as a social worker, geriatric care manager, and has worked in a variety of mental health capacities. She’s retired and enjoys spending time with her five children, eleven grandchildren, and eight great grandchildren.