Silence in a World Full of Thunder 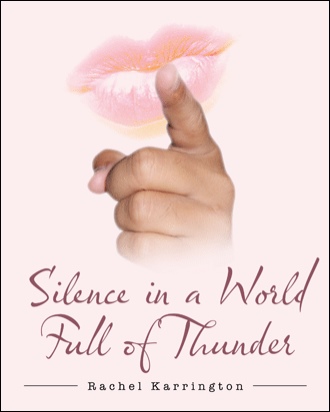 But while we were in church I saw her changing physically and mentally with mumbling speech, eyes filled with no motion, repetitive movements via turning her head side to side accompanied moments of tripping and near falling motion.
His skin began to look mottled with tints of purple to gray tones, sunken eyes, cheekbones, his clothes began to fit as if they were hanging off a clotheslines via clothes pins, every night the pillows, sheets were soiled, drenching in perspirationand he would sleep continously.

Sixteen-year-old Kanasia is thrilled when she and her mother, Samantha, move to a house in the suburbs of Mount Carmel, Illinois. As she eagerly anticipates life in a new home, Kanasia never anticipates the life-changing event that is about to occur.

When her mother suddenly suffers from a stroke and is sent to a nursing home to recover, Kanasia is left living with her abusive older brother and wondering if she will ever find her way out of the darkness of depression. When she meets an employee at the nursing home, everything begins to change for Kanasia as Zilas becomes her savior in a world of hurt, disappointment, and frustrations. But as he eventually becomes her husband, Kanasia’s roller coaster ride through life continues as she learns of his AIDS diagnosis. Now it is up to Kanasia to once again overcome seemingly insurmountable obstacles, trust in God, and summon the strength to seek professional help.

Silence in a World Full of Thunder shares the story of a young woman’s poignant journey from the depths of darkness to the light of healing and hope as she attempts to move forward after personal tragedy.

Rachel Karrington is a registered nurse, mother, and a passionate advocate for connecting with one’s spirituality and seeking mental health counseling during times of crisis. Silence in a World Full of Thunder is her debut novel.