Lost on the PGA and European Tours 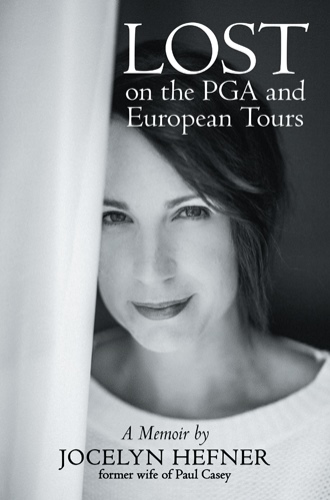 I didn’t think of much else as I was packing to move across the Pacific Ocean. I knew my interest in attending the Design School was fading, but it wasn’t until he met me in London that I knew I would rather live and travel with him than pursue my own interests. It wasn’t long until he shared that he would love that too. It was fast. I forgot about school, and we started living together.

Upon reflection, I now know this one single decision was the beginning of me creating a false refuge; I was merging into his life and caught in a trance that would eventually divide us. It wasn’t so much that not going to the Design School of London was wrong. It was more that I was counting on our love to be bigger than my own dreams and passions.

It would be many years before I learned my happiness could only be sustained by returning to the soft whispering of my true nature behind all the busy-ness in my world. As we journeyed together on the Tour, the simple joy of sitting in the aisles of a book store became more and more distant. Eventually, we were sitting on the verandas of some of the most prestigious and beautiful golf courses in the world. I found myself learning more than I ever expected and more than I imagined.

While he was following a rigorous regimen with his golf practice, I started returning to my familiar pattern of trying to do everything just right so he would love me. I didn’t know how to stop the cycle. Moment after moment my mind replayed every interaction with everyone, highlighting how I could have said or done this or that better and differently. Instead of generously being concerned about others, my focus was on striving to shine in my new role of being a professional golfer’s girlfriend.

Jocelyn Hefner grew up in an affluent family always restless, never satisfied, determined to be the best at everything, and the last one to ever give up. As she matured into a woman, all her plans were set to become an international interior designer—until she made the decision to follow her husband’s dream instead of her own. In her engaging memoir, Hefner shares details from her journey as she traveled for ten years on the PGA and European tours with her professional golfer husband and became entangled in a world that came with six-thousand-dollar dresses, private jets, and a compulsion to stay by his side so no one else would. But when he told her their marriage was over, Hefner reveals how she struggled to find herself beyond their glamorous life and, with help from a loving mentor, eventually learned to look inward and embrace a deep and meaningful life. Lost on the PGA and European Tours is the powerful story of one woman’s quest to return to her essential self and actualize her own dreams after being lost within a prestigious world of fame and wealth.

Jocelyn Hefner survived a painful divorce from her professional golfer husband in 2011. Her subsequent journey of self-discovery ultimately led her to realize her passion and purpose in life. She currently resides in Scottsdale, Arizona. This is her first book.