That Will Absolutely Make Your Writing Better (And Enliven Your Soul) 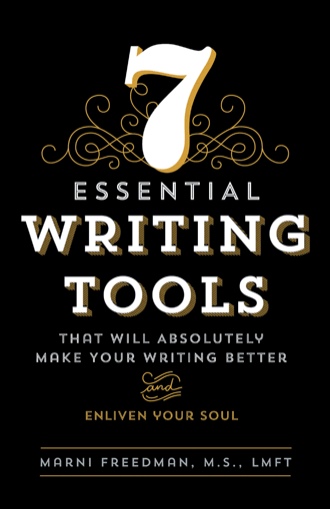 Here’s the deal. I talk to a lot of agents, editors, writing teachers and coaches. When discussing new manuscripts, there is one issue that they express frustration about over and over again.

Think about that. An agent or an editor sits down to read a manuscript that a writer has been working on for two or three years and what are they thinking?

Why is convoluted, unclear writing so common?

Well, while there is no one main reason, there are some common mistakes. Many times, writers stuff too many storylines into the plot, or they try to tell the story from too many points of view, or they shove every idea they have ever had into one plotline or, in my experience, the answer is that the writer hasn’t fully thought through their core idea.

A: Take your time to craft a solid story idea. (Thinking it through is not that hard at all. I promise.)

The Core Story Idea: Who, What, Where, When and How. The protagonist encounters a problem and goes off on a journey and ends up... The story idea sums up the overall idea in a sentence or two.

Plot: How you execute your story idea and theme. The step-by-step movements of the Story, the unfolding of events. For now we will set aside plot, as you will be crafting your plot in Tool #4.

Trust me on this one. Your core idea is something you will live with for years. Don’t shortchange the process of clarifying it. The stronger it grows in your head before you write it, the stronger it will be on the page.

As discussed before, most beginning writers love the excitement of getting words on the page. The problem comes when they reach the midpoint of their story and are unsure how to keep the conflict going—or worse—finish it only to realize that there are tons of holes and that most of it needs a big old fat rewrite.

Ever been to a writers’ conference? If so, you’ve probably participated in or heard a conversation that sounded dangerously close to this one:

Scott: So what are you working on?

Scott: What’s it about?

Donna: Oh, it’s kind of hard to explain. It’s sort of about England in the 1970s, but also, it’s from two points of view, Jake and Fiona, Jake wants to be a rock star, well, he was a rock star for a little bit, but he has this problem, because he’s really shy, he got into this really bad accident, and almost died when he was a kid, but the story is really about love, he has never in his life experienced love until he meets this girl Fiona—they have a chance but there are two problems, he’s too shy to say how he feels and she thinks she’s in love with Rick, but mostly, I want to explore how people try to find meaning, and when they don’t find meaning it’s difficult, and it also has a mystery aspect and the other point of view from Fiona. Oh, and Rick is married and he’s her boss and Fiona wants to be a nurse, oh, and I also talk about the medical system in England, and also Rick is Jake’s best friend, and Jake stumbles into a big musical hit on the pop chart and becomes like crazy famous, but it’s really this love triangle.

How might you respond if you heard this story idea? Be honest. Your eyes might glaze over and you might start to tune Donna out completely.

When a writer rambles, what is communicated?  The writer does not truly have control over his or her material.

Q: So how do I create a solid story idea?

A: Well, it’s all about five tiny little questions.

A SOLID story idea can identify these five elements swiftly and cleanly.

Optional, but important: Of these five elements, which one is unique or bold?

Let’s look at Donna’s story once more; only let’s think it through. (This is the same idea, just presented in a different way.)

Problem: Hopelessly in love with Fiona, but is too afraid to tell Fiona how he feels. Because he says nothing, Fiona stays with her married lover, Rick.

Goal: Get over his shyness and win Fiona’s love.

Stakes: His heart, their future happiness.

End: He becomes one of the biggest rock stars in England but never gets the courage to tell Fiona how he feels until it is too late.

Now that Donna has thought it through, when she is telling her story to others it may sound more like this:

Donna: I’m writing a story about Jake, a hopelessly shy aspiring rock star in 1970s England. Jake falls madly in love with Fiona, a nurse he meets on a train. They share a brief romantic encounter, but Jake is too scared to tell Fiona how he feels and she remains in a relationship with her married boss, Rick. It’s a funny and tragic love triangle that follows Jake’s search for love as he unwittingly rises to spectacular fame.

Or, if Donna wanted to make the pitch super short:

It’s a funny and tragic love triangle that follows a hopelessly shy rock star’s search for love as he unwittingly rises to spectacular fame in 1970s England.

Marni Freedman invites you to fall in love with the magic that is writing with writer-tested-and-approved tools on story structure, scene creation, plot, voice and character.

You need this kind of kick in the pants.

The master coach whose credits include writing a play that was turned into a Disney movie offers fresh and practical ideas on writing, including:

Insights into figuring out how you (yes, you) work as a writer

A clear explanation of anti-heroes, anti-villains and everything in between

The 9 elements of crafting a dynamic character

“Can a book be practical and inspirational at the same time? Offer both structure and soul? Oh, yes it can. Master writing coach and teacher, Marni Freedman, does it all with good humor, a little bit of sass, and a great deal of heart, in her book, 7 Essential Writing Tools. Get it and get to work!”

Marni Freedman, M.S., LMFT, is an award-winning writer and a licensed therapist. Her play Two Goldsteins on Acid was produced in Los Angeles before being made into the film Playing Mona Lisa by Disney. She operates the San Diego Writers Network and eWritersCoach.com, produces a yearly theatrical Memoir Showcase, and speaks at writing conferences and retreats. Marni’s newest play, Jewish Jokes, is preparing to tour the country, and she is currently cooking up her next two books: Authentic Courage and The Memoir Map.