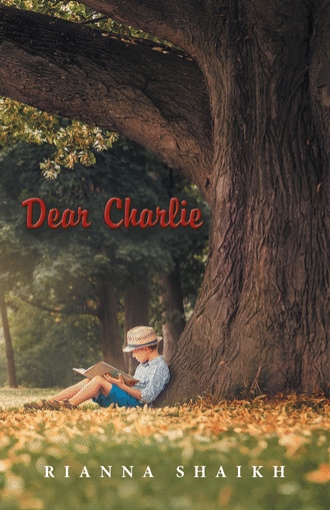 It was winter and all the trees were covered in snow. The scent of roses had long since faded, and the rabbits and squirrels had migrated east and west. As Charlie sat on his velvet sofa gazing outward through the glass porch, he sighed.

"Momma? Hayley?" he called out.

No one responded. Seconds later, thumps and laughter followed. It was Hayley, Charlie’s sister, running down the staircase as Sammy, the rabbit, hopped past her.

“Charlie, are you okay?” Hayley responded when she entered the room. Breathing while running down twenty-five stairs straight into the glass conservatory was hard work.

“Charlie, lucky for you and your illness I’m not gonna yell at you! Where’s Anna Lee, anyway?”

Since Charlie discovered he had cancer, his life had felt like a harvest without much fruit. He thought of his new home care nurse, Anna Lee. As tall and trim as the perfectly manicured bushes in his back garden in the summer, Anna Lee wore dreadful multi-colored dresses and brightly colored hair bows. Charlie thought that she was perhaps wearing lots of color in order to cheer him up.

Charlie was normally a very happy young man, but he was never as happy in winter, nor was he thrilled to discover over a year ago, at the age of twelve that he had cancer.

"Thank you Hayley, that's very comforting," he said, as Hayley handed him chamomile tea, his favorite.

As Charlie sipped his tea, so did Sammy.

“Oh Hayley, he's my best friend. He always shares everything I have."

Late evenings were very tiring, as Charlie wasn't strong enough to be as fun as he used to be. He spent most of his time being driven to doctors and hospitals. It was a lot on the shoulders of his mother who, might I say, had more faith in people and life than anyone you've ever met.

“Mom, what’s for dinner?" asked Charlie, as he was wheeled in on his electrical chair. Sure it looked cumbersome, but it got him places without leaving him so terribly tired.

"Sounds good, Mom," Charlie replied, as his mother hugged him quickly, held his hands and kissed them, one at a time.

And with that, Anna Lee ran into their kitchen, panicking that Charlie’s parents would fire her, because her late evening telephone call from her husband, Mr. Higgins, went on for ages.

Anna Lee so appreciated how kind Mrs. Roth was. It was due to her boss’ charm, her care, and most importantly, her compassion towards all the people in her life that made the Roth’s home a real home.

As they stood around their very fancy formal dinner table, carved in the finest wood bought somewhere in Europe, they prayed and all sat down to enjoy a dinner with love. From silver spoons to hand-painted china, they ate as if it was their last supper.

"This is very magnificento,” said Mr. Winklee, “and way better than my wife's cooking. I think she needs your cookbook!"

“Mr. Winks, tell it to my husband,” Mrs. Roth laughed.

As they chowed down on everything Mrs. Roth had cooked, the

"Mom, I wonder if we can go out tomorrow in the snow. Maybe a sleigh ride? Or a sleigh push? Or Marco, can you…?” Charlie excitedly blurted out.

As he turned toward Marco, his mother cleared her throat, which wasn't a good thing as it usually signaled a “NO.”

"Absolutely, and because I love you, NO," said his mother.

"Mom, I deserve some fun! I am never allowed to leave this house," screamed Charlie.

All chewing stopped. It was as silent and as awkward as if two purple elephants had just entered the room.

Charlie left dinner with tears in his eyes and frustration in his heart.

The table, the thumbelina carrots, the lamb, and the warm company were suddenly as cold as the winter outside.

The Roths’ life had changed, as completely as day turns into night. 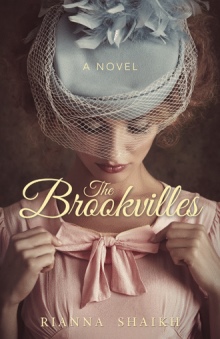 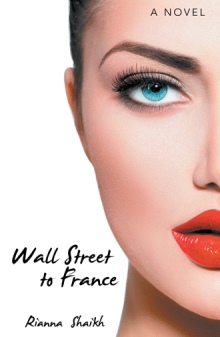 Dear Charlie was what was written on plain paper in ink stain bouts.

Oh, why would a friend leave without a goodbye, his mind ached aloud.

Where the waves crashed no more and over the walls of a mansion, vines grew and rabbits skittered on acres of green.

Charlie became ill and all he knew was the words the walls caterwauled.

Clocks ticking, Marco skipping, Hayley scampered far away, his family was there to help him through his bitter blue dingy, lonely days.

Oh what a rigmarole is this sort of a tale!

Rianna Shaikh has been writing books since rabbits were devouring carrots in Jardin Des Tuileries in Paris. She adores reading children’s literature whilst sipping tea in the Brookvilles. Though she’s an American, she simply has been swept away to the days of Beatrix Potter and the mystery of secret gardens and so... Dear Charlie has unfolded as a tale somewhere in Long Island. Oh, the hurrah continues...