Probing Our Judeo-Christian Inheritance (for Freethinkers) 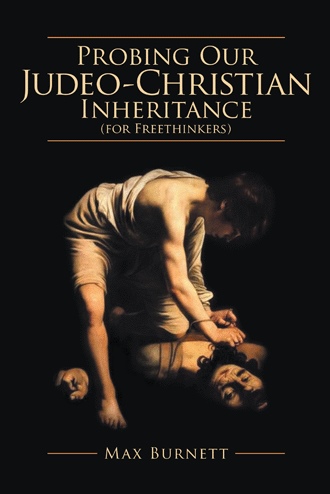 In an amazing original interpretation of the KJV’s Testaments the author claims discovery of a new golden thread running though the writings that neither ecclesiastical nor secular forces have perceived. The writer uses a framework of type, antitype and archetype to prise open the books and reveal a different Christ to that taught in western culture. The author states we have been drowned in a single susceptible highlight 2,000 years back. So, “leaving the principles of the doctrine of Christ” – Heb. 6:1 the manuscript dares to question in Pauline fashion the very basis of our theological acclaimed morality and ethics. The writer uses the allegorical types of the Old Testament to absolutely prove we have a very superficial knowledge of the death of the Messianic and no understanding of the Ancient’s call for sacred-civil balance in thought and action.

The thesis is very challenging to Christianity as we know it. It demonstrates what Christianity could have been. It claims the books of the New Testament support each other, with the Synoptics confirming Paul’s conversion and John of Patmos’ global application.

This tract will be challenging to any one born and raised with a modern vicarious faith background. The author appeals to Freethinkers, the Gentiles of today, and claims our modern faith is not strengthening our culture in the age of global clashes of almighty forces. The writer opens the book of Revelation verse by verse and claims the apocalyptic long awaited resurrection begins with the opening of the book.

It is an astounding work, showing great insight into all Scriptural tests, researched over years. It comes as a fresh breeze breaking down the middle wall of partition existing between the Sacred and Secular.

“They looked at an overall perspective and came to the conclusion that the events of the past were ensamples for cogitation. They foresaw similar mighty events would happen and these would be racked by almighty forces, clashes of cultures. They had experienced such traumatic upheavals time and time over. They perceived the events were local, had become national, and would in time become global. And the Messianic revealed the circularity of life’s progress to civilisation. It revealed the Messianic craving in society. It rejected “cunning craftiness”. It revealed a Christ, an anointing.

They wrote to their citizens, to Jews about Jewish political history as type. They’d seen the transition from judges, to kings and kingdoms. They’d experienced the decline of the kingdoms, and captivity again. They’d seen the rise of the Greek empire and the betrayal by their citizens to Greek mores. There had been resurrection of the earlier ideals by Hezekiah, by Cyrus, by Judas Maccabees. They’d seen Daniel’s compilation around the time of Antiochus Epiphanes (174-164 B.C.) and the description of the ten horns (Israel) and seven heads (the last seven kings of Judah before Babylonian captivity) were engraved in their memory. They’d seen the hope and faith of the O.T. characters Abel, Enoch, Noah, Abraham, Sara, Isaac, Jacob, Joseph, Moses, Rahab, Gideon, Barak, and Samson and of the prophets. As Paul stated faith has always existed, “what shall I more say?”

They’d seen the rise of the Hasmoneans and then the emergence of the Pharisees and Sadducees and the total decline into the early first century. They’d seen the rise of the Messianic breath of wind and the compromise of their leaders under a distant generally tolerant Roman hegemony. They’d experience rabbinic Judaism, the “lovers of luxury”, “seekers of smooth things” wearing their descriptive tiaras, turbans and royal diadems. They paid attention to the annual observances, Passover, Pentecost, Day of Atonement (Yom Kippur). They’d experienced the landed estates of the Jewish aristocracy with the peasantry reduced to slavery, confiscation of lands, huge fines with any rebellious insurrection squashed. They’d firsthand experience of the Herodian economy. The Qumran community had rejected the Temple of Jerusalem and that corrupt priesthood. Apocalypse nationally was pending and Messianic fervour was in season. There was no escape.

The major concern at that time was protection against their own, against the warring local bandits and any nations that brought turmoil, death and brutality. They sought reconciliation between the cosmos and the conceptive being. They’d realised the written word was their sole weapon. They looked back at Daniel’s expeditious portrayal on the monumental Babylon, Media-Persia, Alexander and Antiochus Epiphanies with the Greek feet splattered by the great rock of all ages in the victory of Judas Maccabees. It was time to have this victory and flesh dry bones with the Messianic uplifting, “rise from the dead”, was long awaited to unshackle them from the yoke.”

“Embarking on such a stupendous course one has to choose specific topics that go to our beckoned heart and soul. Chapter topics explore the meaning of Virgin, Immanuel, and examine why Saul, David, Solomon, Israel and Judah are pivotal in the book of Revelation. Also the unknown Sacred and Secular Years of ancient Jewish culture are given their due prominence. The Ten Commandments to make, to build, are detected. These commands are a direct challenge to the western ten laws of ethics as taught. The debased rule of the Pharisees and Sadducees is centrefold. We will also look at why Rome was not such a villain of the Synoptic books. Roman imperialism has been made the scapegoat and placed centre stage to forge a religious Christianity that arose much later than the canonical gospels. Startlingly I explain why 70 C.E. is not mentioned in N.T. Academics have poured over every phase, ten times over, upside down and inside out, to find this conflagration in the Synoptics. They have failed. All construction is interconnected. The form of the N.T. being reliant on the Old well braced staunches of the Ancients. The Apocalypse seen by John of Patmos was to be the most heraldic explosion of all times, when the book is finally opened. It was never the logos burning of Jerusalem just forty years after the Messianic eclipse. That later age, what is now termed the Judeo-Christian age, is when the Apocalypse, the ending of the Age of Deception and lies, was to be unlocked.”

This book will shake your very foundation.

We are living in the end age of Christianity as we have known it. Our culture needs to be revamped, and we need to question our routine yearly celebrations of Jewish recordings that are unrelated to the mythos we espouse. In other words, we need to change our way of thinking.

Author Max Burnett’s Probing Our Judeo-Christian Inheritance (for Freethinkers) is a fresh look at the core building block of Western civilization. Burnett goes well beyond modern-day writers who want to change and save Christianity as we have known it. He clarifies what Christianity could have been and challenges recent books on zealotry. Burnett calls for a revival of the effort to discover the esoteric significance of our Jewish inheritance and to appreciate the allegorical method of Bible interpretation. You’ll discover a completely new interpretation of the Testaments from alpha to omega.

Probing Our Judeo-Christian Inheritance (for Freethinkers) is a controversial work that challenges all traditional and orthodox interpretations. It will be appreciated by the genuine freethinker and any person craving a greater understanding of the ancients’ original message.