You Are Driving Me Crazy! 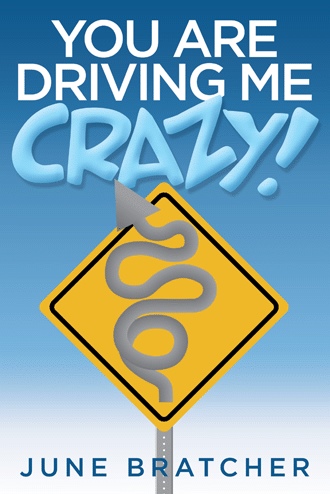 Excerpt from You're Driving Me Crazy (from chapter 12)

Hurricane Katrina back in 2005 was another story. The people of New Orleans were in real trouble.

Again FEMA called. Could we help? “People are drowning. How soon can you get here and how many coaches do you have?” “Give me an hour, I told him. “I can have 5 buses ready to go.” I called all my office staff into my office. Each one was given a job.

“Gloria, you go get a lot of non perishable food, water and sodas. David, you go to the bank and get cash for drivers. $500 for each one. Weldon, you get the coaches ready. Be sure they are fueled. A.J., you get the drivers down here. Hurry. Lives are counting on us.”

Everyone sprang into action. The rest of our staff prepared the paper work. Channel 5 called to see if we were going. “Yes,” I told them. “We will have 5 buses on their way shortly.”

“Only if you stay out of the way!”

Forty-nine minutes after we got the call, our 5 buses pulled away. A film crew was across the street filming. When they came to a road block, police let them go through. Driving was tough, Trees were down and fences blown away. When they got to Rt.12, they left IH10 East and went as far as they could to get to New Orleans. Somewhere along that route, they were met by police who took them through neighborhoods and side streets to get them as close to the waters edge as they could go. One by one they were loaded with survivors and told what city to go to. Some were taken to Baton Rouge, some as far as Houston or even Dallas. As soon as they dropped their passengers, they were to return to New Orleans. Our drivers ate what Gloria had packed. Passengers were given MREs, but not the drivers. There was no place to get any rest. All DOT regulations were dropped. “Drive as long as you can,” they were told. They called in to let me know where they were. “Stop,” I told them. “Get some hot food and find a place to stay. You have money!” “June, there are no restaurants, no hotels, just devastation.”

I should have known that.

One driver called. “I am loaded and going to Houston,” he said. “There are 3 of us. Can you find us a room for one night? We are exhausted.”“I'll do it,” I said. I started calling hotels in Houston pleading my cause. “I am sorry. We are full.” was always the answer. Finally I called a friend at a Holiday Inn.

She called back. “I have one room and one linen closet. I can put a mattress in the linen closet and the driver in there can use the bathroom in the one room.” I jumped at it. I called the drivers. “Go get the biggest steak you can find,” I told them. “Then go to the Holiday Inn near The Galleria. I have one double room and a linen closet. Get your 8 hours and get back on the road.”

They got to Houston at midnight and dropped the people at the reception area. There was one problem. No steak houses are open at midnight. The only thing they could find open was a Whataburger and they took it. It was the best meal they had had in four days. When they got to the Holiday Inn they had their first showers in 4 days! They got their 8 hours, picked up breakfast at McDonald's and hurried back to New Orleans.

Seven days after they left, they returned to San Antonio tired, ...no exhausted, but feeling good about what they had done.

A couple of months later we got a nice surprise. They were recognized by FEMA for their “contribution to saving lives.”

Sometimes we feel really good about what we can do just because we own buses.

On September 8, 1980, with the family phone, the Yellow Pages, an old manual typewriter, and $200 she had saved from the grocery money, forty-eight-year-old June Bratcher started her company from the kitchen table. In You Are Driving Me Crazy!, she shares the story of the creation of Daisy Tours, a bus tour company with twenty-six coaches now worth $6 million.

Bratcher relates her own experiences, how she recognized her opportunities, how she achieved her goals, and how she coped when failure loomed. You Are Driving Me Crazy!, presents a personal story of building her business to become one of the top fifty companies in San Antonio, Texas. She tells tales of romance, suicide, robbery, sexual harassment, and international intrigue as well as glorious joy and deep despair.

For enterprising entrepreneurs and those considering going into business, Bratcher discusses the anatomy of building a successful business while overcoming many challenges in a field considered to be a man’s world.

June Bratcher is a registered nurse by profession and is the owner of Daisy Tours, a successful bus tour company based in Texas. She and her husband, Dr. Everett Bratcher, have four children.